Lian Schoeman (8) admires a 1958 Morris Minor, owned by Mariana Snyders. Lian's grandfather, Gerrit Schoeman, had a car just like this back in the days.

GEORGE NEWS & VIDEOS - Rare and exotic cars were among the gems exhibited at the 23rd George Old Car Show last weekend. Over 11 000 car enthusiasts and exhibitors from all over the country flocked to PW Botha College to enjoy the diversity and excellence of yesteryear's wheels.

Organised by the Southern Cape Old Car Club, more than 900 classic and vintage cars, tractors and motorcycles were displayed at this event, with Oakhurst Insurance as main sponsor. Japie Beyers, spokesperson of the Southern Cape Old Car Club committee, says the display of rare and exotic cars lent a special status to the show. "Although the number of people who attended might be fewer than other years, the quality of the show moved up a notch. I received phone calls from all over the country, giving positive feedback."

Rare items and old favourites
Some of the rare collectors' items on display included Dr Waldo Scribante's 1971 Porsche 914, of which only seven were manufactured, an Everitt-Metzger-Flanders (EMF) belonging to Robert Middelman of Botrivier and a 1928 Austin - the precursor of the Austin Mini.

The Mercedes Benz exhibition made quite a statement with a total of 113 vehicles at the George Old Car Show.

"This was the Mercedes-Benz Club in the Southern Cape region's biggest display over the last 23 years," said Kobus Harris, a club member.

A total of 13 Mercedes-Benz Gelanden Wagens formed part of the display. These 4 x 4 vehicles celebrate their 40th anniversary this year, while 28 cars in the well-known Mercedes-Benz 111/2 Fintail series, which celebrates its 60th anniversary, were on display. A 1913 Benz was the oldest car present.

A number of new exhibits were also present, as well as old favourites like the stationary engines and the more than 5 000 model cars. Various stalls sold a range of car accessories, spare parts and novelty items. As usual, the vehicle drive-by from particular eras was a crowd favourite. Joel Mallinson (8) looking smart next to a 1968 E-type Jaguar, owned by Michael Roumanoff.

Oakhurst Insurance's head of client services, Gerhard Sonnekus, said they were delighted to be able to spend time with fellow car lovers and the greater George community.

Besides providing 600 job opportunities, Oakhurst is also involved in restoring historical buildings in the city, as well as providing support to the community following disasters, such as the recent fires.

"We regard ourselves as part of the community and we would like to continue our involvement with events such as the George Old Car Show," said Sonnekus.

George deputy mayor Charlotte Clarke, who delivered an address at the opening of the event, said the Southern Cape Old Car Show was one of the icons of George tourism.

"It's an event and brand that developed over the years, reflecting excellent cooperation between the municipality and the private sector. May the George Old Motor Show and what it represents continue to bring joy to all participants and visitors for many years to come." 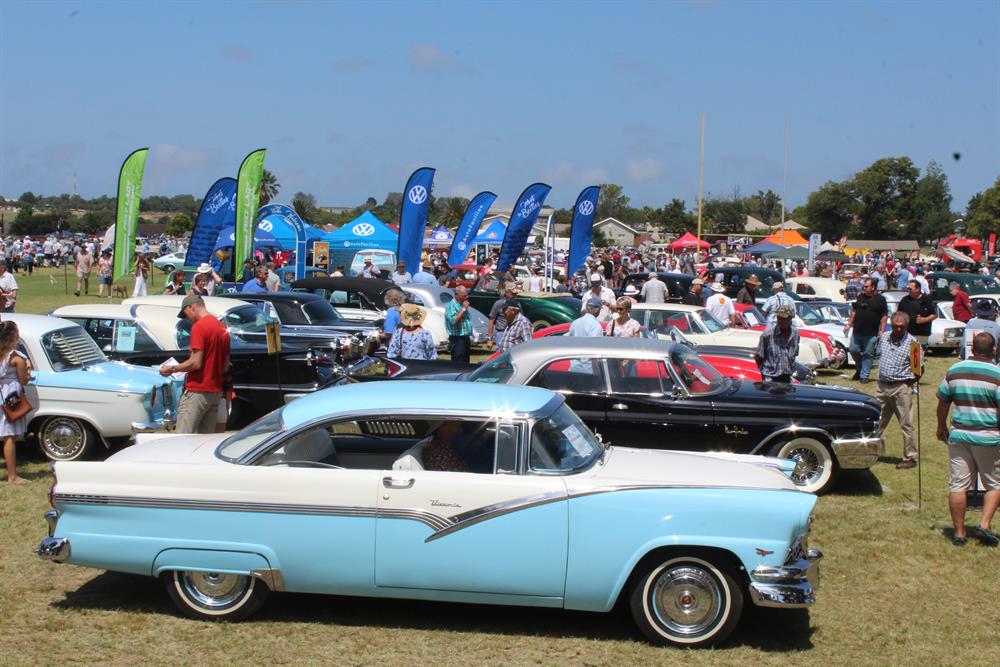 Over 11 000 car enthusiasts from all over the country, local families and experts in the motoring business attended the show last weekend.