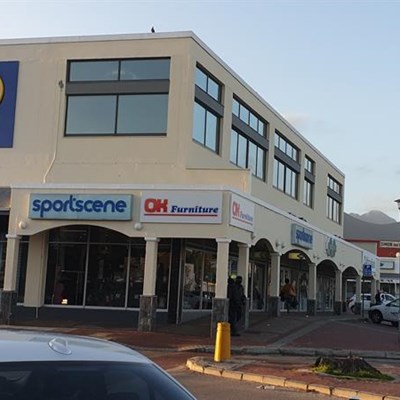 The Tekkie Town head office moved to the top floor of the OK building in Meade Street.

GEORGE NEWS - Tekkie Town founder Braam van Huyssteen and its former CEO, Bernard Mostert, have filed papers in the Western Cape High Court in a bid to claim damages to the amount of R3,89-million from Tekkie Town and/or its holding company, Pepkor.

Van Huyssteen and Mostert allege that Pepkor "intentionally" and "recklessly" stripped a distribution warehouse in Industrial Street, George, on the property that was the Tekkie Town head office before Van Huyssteen sold his company to Steinhoff in September 2016 for shares in the international company. Steinhoff transferred Tekkie Town to Pepkor later that same year.

According to the court papers, Tekkie Town/Pepkor unlawfully removed permanent fixtures and equipment such as a geyser, shelving, kitchen appliances, a walk-in freezer, lighting and a compressor, and damaged parts of the building. Electrical wiring, data infrastructure and fibre optic cables were also removed throughout the Industrial Street property.

The fixtures and fittings were sold below market value, "subject only to the express condition" that these may not be sold to Van Huyssteen. In so doing, Pepkor allegedly intended to hamper Night Fire Investment's ability to trade. All the fixtures had to be replaced.

Part of Van Huyssteen's claim is an amount of R778 000 for the loss in rental income from 1 January to 30 June 2020, the period over which the premises could not be leased out because of the damages.

Van Huyssteen also claims interest on the damages amount to the date of payment, and legal costs. In September last year, Pepkor lost an application for leave to appeal a ruling that prohibits its parent company, Steinhoff, from disposing of its shares in Tekkie Town. In the meantime, the former Tekkie Town owners are in a legal battle to get their business back from Pepkor. This case is still to be heard in court.

Van Rooyen told George Herald they will be defending the case. Pepkor vehemently denies that the permises was stripped or damaged, and all items removed were Tekkie Town's property. They have documentary evidence to support this. "The premises was in fact handed back in a better condition than in which Tekkie Town received it. No action of Tekkie Town was therefore the cause of any damage allegedly suffered by Night Fire Investments."