Suspect nabbed after burglary at optometrist

The team members who made the arrest.

GEORGE NEWS - One suspect was arrested and thousands of rands’ worth of equipment and eyewear was recovered after rapid action by the Pacaltsdorp neighbourhood watch and detectives after a break-in at Weldon Optical in Pacaltsdorp on 1 June.

The suspect, a man from Pacaltsdorp, appeared in the George Magistrate’s Court this morning, Wednesday 3 June.

"The alarm system was subsequently deactivated and all cameras were removed. Equipment for eye tests, glasses, lenses, frames and two laptops worth R110 000, as well as an unknown amount of money was taken,” says Pojie.

An employee notified the police of the burglary when she arrived for work. “All the equipment was recovered later that afternoon in Pacaltsdorp and a suspect, Virgill Baartman, who was positively linked to the burglary, was arrested."

On Wednesday morning, Weldon manager Deate Parsons thanked members of the Pacaltsdorp detective branch and the neighbourhood watch for their prompt action. 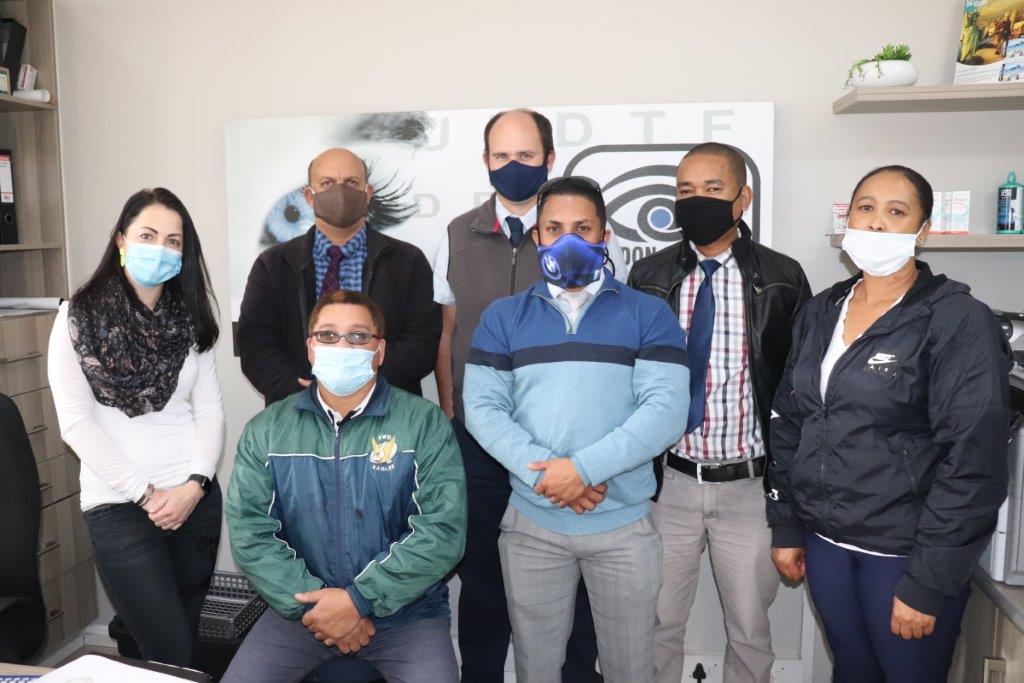