'Shaken but unharmed after hijack attempt 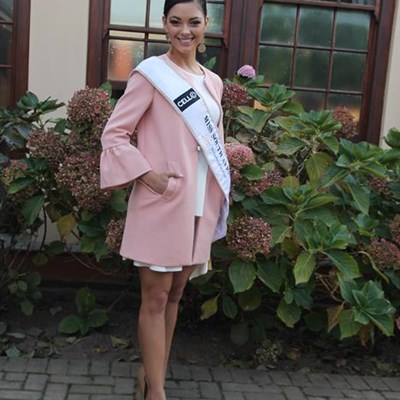 Demi-Leigh Nel-Peters would probably have been a hijack statistic if she hadn't completed her safety driving course, part of her Miss SA prizes.Photo: Myron Rabinowitz
NATIONAL NEWS - Miss SA 2017 Demi-Leigh Nel-Peters was the victim of an attempted hijacking on Wednesday evening 7 June on Jan Smuts Avenue, near the Hyde Park Shopping Centre in Johannesburg.
She desperately fought off one of her attackers to avoid being taken on an unwanted joyride in the streets of Johannesburg.
Demi-Leigh's mother, who stays in Sedgefield, said she managed to speak to her daughter the evening of her ordeal. "She told me she was badly shaken by the incident but unharmed. Wednesday was a day from hell for us in the Garden Route with fires raging all over and communication reception stretched to the limit.
The previous week, Demi-Leigh did a safety driving course as part of her Miss SA prize. She said she was surprised how much she remembered from the course. It really helped her. If she never had the lessons, I believe she would have been another horrible hijack statistic."
Nel-Peters was approached by three armed hijackers. She managed to exit the vehicle and a Good Samaritan came to her aid and drove her away from the scene.
The car and her handbag were later recovered at the scene by a security company.
The police are investigating the incident.
ARTICLE: MYRON RABINOWITZ, GEORGE HERALD JOURNALIST
'We bring you the latest Garden Route, Klein Karoo, Hessequa news'