Parents of Conville Primary School learners collect their food parcels at the school.

GEORGE NEWS - Conville Primary School has donated food parcels to some 300 needy families of its learners to help them survive during the time of lockdown. This comes after some parents approached the school about the need in the community.

According to the principal, Sam Crawley, there is a contingency plan in place for these trying times. He has an open door policy, which makes the school accessible for constructive courageous conversations.

Nicky Josephs, chairman of the school governing body (SGB), said in response to the parents' request, a survey was done to determine how serious the need is. "We got signatures of about 300 parents."

Crawley said they obtained permission about a week before from the WCED and the school's nutritional programmes manager to hand out perishable vegetables and dry food with expiry dates up until October 2020.

He explained that the school had food products left over from days when learners did not attend school, as well as the food that has not been used after the early closure of the schools.

"The food was meant for the learners anyway, so why not give it to those families that really do need it?" said Crowley.

The identified parents and their children came to the school on Wednesday 25 March, where other parents - volunteers paid by the WCED who normally hand out food to the learners - distributed the parcels. The parcels contained samp, soya mince, carrots and cabbage. Josephs said it went well and everyone who came received a parcel.

He encouraged parents to spend some quality time with their children during the days to come, to know where their children are and to keep them safe.

The programme feeds about 1,08 million learners in public schools in the Western Cape, said Bronagh Hammond, the director of communication at the WCED. "The School Nutrition Programme feeds approximately 483 172 of our poorer learners. The programme never runs during the holiday period. We are of course always concerned how learners are fed during school holidays, but are reliant on other support services, communities and families during this time."

School calendar
Hammond mentioned the adjustments that will be made to the school calendar to make up for time lost during the lockdown. "DBE (Department of Basic Education) has informed us that the June holidays will be shortened to accommodate the days that were added to the March holidays.

The October holidays will also be shortened. We are waiting to hear the dates and will communicate when we do get clarity from DBE.

The aim is to ensure that the same number of school days are in the school calendar, despite the fact that the March holiday has been extended.

"Therefore, the number of days in which learners receive food from the feeding scheme ought not to be affected. We have been informed to close schools during this period, thus we will not be able to continue the programme during the holiday. May it be no different while we navigate the current situation."

Hammond stressed that no food is stored at schools. "No perishable items are stored at schools and it must be made very clear - dry ingredients are sent on two-week intervals and the fresh on a weekly basis, so there should be nothing to steal at schools." 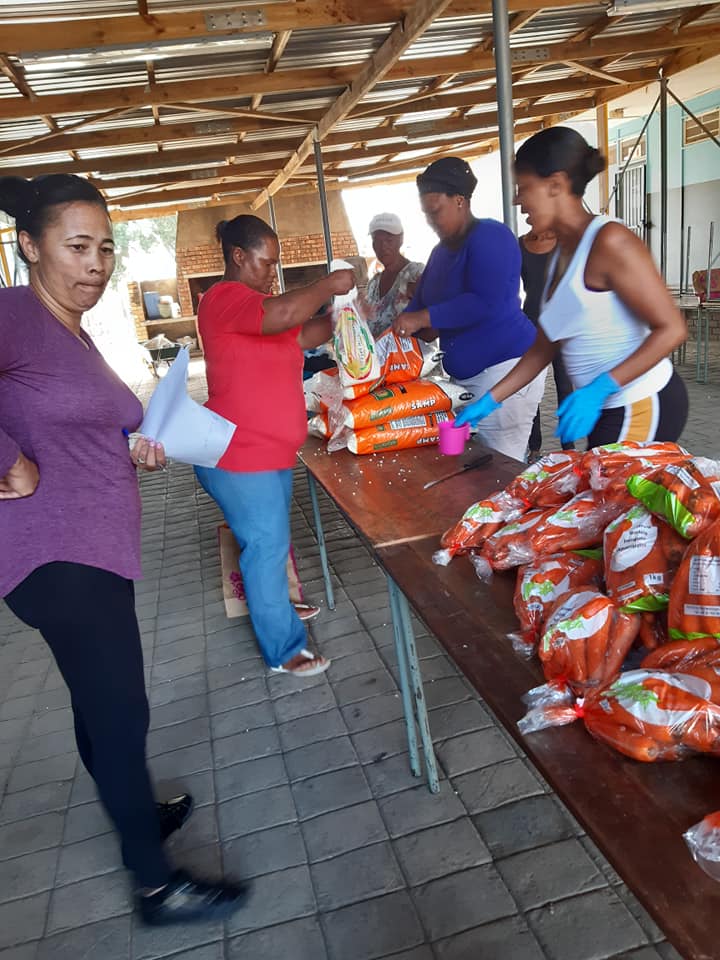 Voluntary help workers paid by the WCED prepare for the handout.