Power Van back on mountain track

The route became impassable when 4 000 sleepers were damaged by the fires of 2018.

GEORGE NEWS - Repair work to the fire-damaged railway line in the Outeniqua Mountain has been completed and the Outeniqua Power Van (OPV) is resuming its popular excursions along the route from 14 December.

The route became impassable when 4 000 sleepers were damaged by the fires of 2018.

Power Van operator Nicol Marais is over the moon about the opening after two years of closure, especially after a lot of uncertainty about when the line would be repaired, and even speculation as to whether it would ever happen.

"It is also good news for George tourism that we are again able to bring tourists to our beautiful town. We are standing at a new beginning."

Marais says up until the end of November, nobody could say with certainty when the track would open, but last week the line inspector from Transnet declared it safe after a trip up the mountain in the Power Van. "There are still a lot of rocks that have to be removed before trains can come to George. We were again astounded by the beauty of the route - one of the most beautiful in South Africa. When it rains, the mountain is like a fairytale with waterfalls everywhere." Marais says OPV also reports irregularities along the line and has assisted in the past with rescue operations as well as carting of water during small fires.

"We create a safe environment where the public can freely enjoy this breathtaking piece of natural beauty, whether by rail, mountain bike or hiking."

To book, send a Whatsapp or SMS to 082 490 5627. The Power Van departs from the Outeniqua Transport Museum. 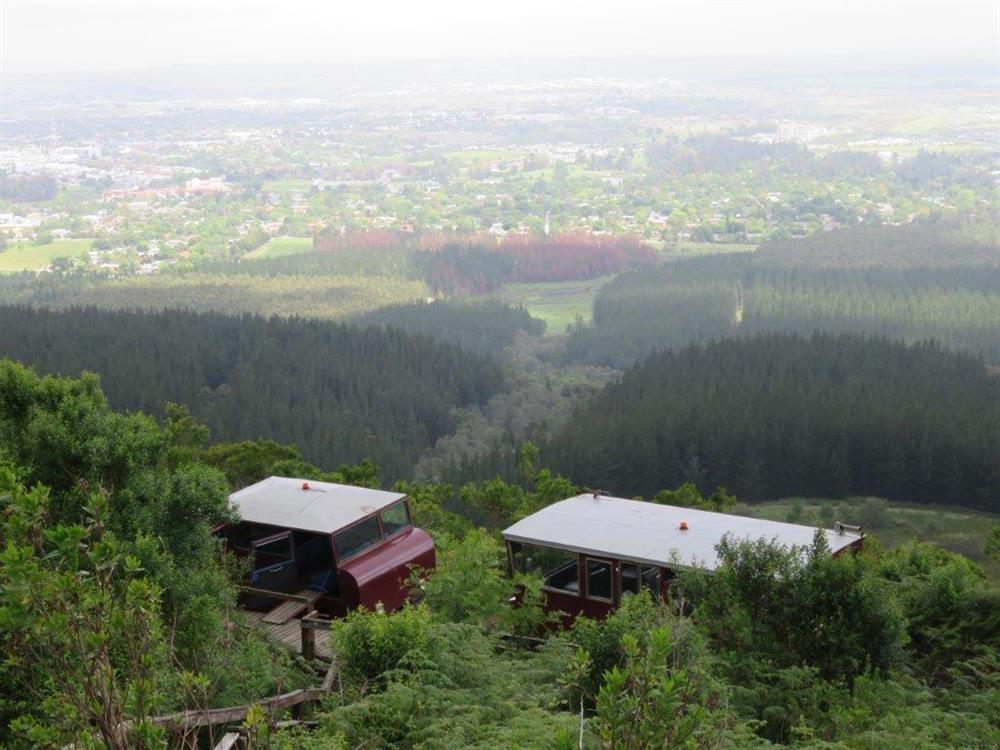 The Power Van's unique experience on rail in the Outeniqua Mountains is available again.