On our roads this week

Emergency services on the scene in Nelson Mandela Boulevard in Zone 8, Thembalethu, on Wednesday evening.

GEORGE NEWS - Two men have been arrested for drunk driving and another lost his life in three separate car accidents in George during the last week.

In the latest incident Pacaltsdorp police arrested a man (65) on a charge of drunk driving and an alternative charge of reckless and negligent driving, after he allegedly drove into an Isuzu bakkie with his Nissan Almera in Mission Street on Monday 24 August.

The accident occurred at approximately 21:30 near the library. According to Southern Cape police spokesperson, Sgt Chris Spies, one passenger in the bakkie sustained minor injuries, but everyone else was unharmed.

"The driver of the Almera was arrested on the scene for driving under the influence of alcohol. He was later released on a warning to appear in court at a later stage," Spies said.

Two accidents in Thembalethu, one dead
On Saturday 22 August at approximately 23:45, a passenger (35) died when the silver Volkswagen Polo he was travelling in collided with two other cars parked on the side of the road in Nelson Mandela Boulevard, Thembalethu.

According to Sgt Thembelani Kima of the Thembalethu police, a silver VW Polo, a white Toyota Corolla and a silver-coloured Mazda were involved in the accident.

"The Toyota and Mazda were parked on the side of the road when the Polo collided with them and overturned. One of the passengers in the Polo, Fupi Johannes Ngqukudu (35) from Zone 9 in Thembalethu, sustained serious injuries and was declared dead by paramedics on the scene," he said.

The two other occupants of the vehicle sustained multiple injuries and were transported to hospital by ambulance. No arrests have been made yet.

There were no people in the other two vehicles at the time of the accident. 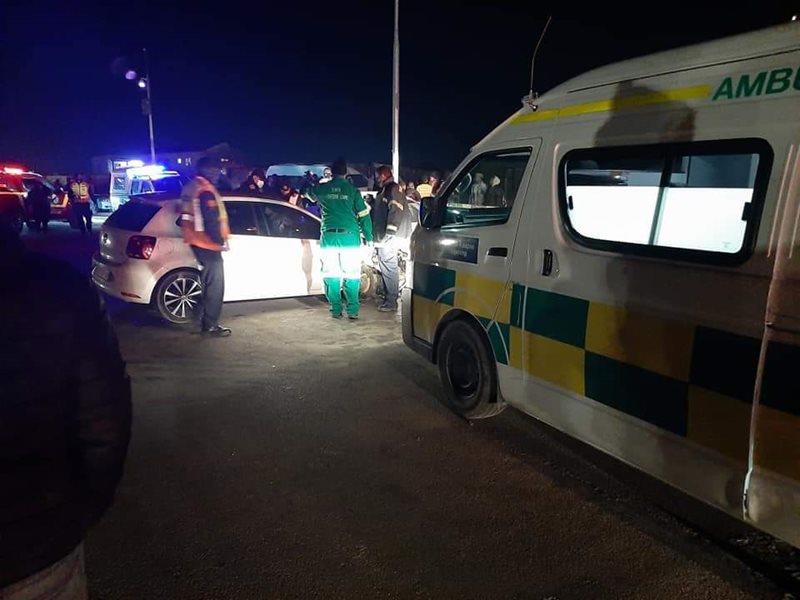 The driver of the white Volkswagen Polo TSI was arrested on the scene in Zone 8, Thembalethu last Wednesday evening.

On Wednesday evening 20 August, at approximately 19:30, a man was arrested for drunk driving after an accident in Nelson Mandela Boulevard in Zone 8, Thembalethu.

Photo gallery: Accidents on our roads this last week

According to Kima the driver (36) was arrested on the scene. "Preliminary investigation at the scene revealed that a VW Polo TSI and a Nissan Almera collided. The driver of the Almera was treated for injuries by the paramedics on scene. The driver of the Polo was arrested for driving under the influence of alcohol as well as reckless and negligent driving," Kima said.

He was released on a warning to appear in court at a later stage.

Vehicle carrying employees overturns
Shortly after 08:00 on Tuesday morning 25 August, 11 people were hospitalised with minor injuries after a vehicle transporting employees overturned on the N2 near the footbridge between Pacaltsdorp and Thembalethu. By the time of going to print no more information about this incident was available. The scene in Pacaltsdorp on Monday evening.

Read more about: accidents on the road police thembalethu pacaltsdorp