A Khoi healing ceremony took place outside the George Museum on 12 November 2019. The researcher responsible for 'Reconnecting the string', a new exhibition at the museum that will be installed when it re-opens, consulted with local indigenous communities in her search for information.

GEORGE NEWS - A new exhibition at the George Museum that will be installed once the museum re-opens, was launched virtually yesterday (Wednesday 30 September).

The exhibition, entitled Reconnecting the String, has been delayed due to the Covid-19 pandemic. In the meantime it will be profiled on the Facebook page of the museum.

Social historian Joline Young, who is responsible for the exhibtion, says she drew inspiration for the exhibition from the poem, The Song of the Broken String by South African poet, the late Stephen Watson, which resonated with the findings of the primary archival research that she undertook for this project over many months.

"In the poem Watson poignantly expresses the lament of a Xam man named Xaa-ttin who used the metaphor of a broken string to express his loss at dispossession. This speaks to the experience of the Outeniqua people, who inhabited this area for millennia and who were known to collect honey from beehives on the mountainside. The exhibition is also informed by community participation meetings and oral history interviews with local communities."

George carries history of slavery
Young says from the archival research it became apparent that in addition to the history of indigenous communities, George also carries a history of slavery. Large numbers of enslaved people were brought to George, where they mostly laboured on farms.

Many came from Mozambique, however, others came from Bengal, Malabar, Malgas, Bougies, Nacoa, Mauritius, Madagascar and St Helena.

"They brought their skills as waggon-makers, carpenters, masons, blacksmiths, seamstresses and cooks to this region. Still others were woodcutters, waggon drivers, farm labourers and cleaners. Their descendants form the mixed race communities of George, most notably residing in Rosemore, Conville, Levallia and Pacaltsdorp, the latter of which was once a Khoe kraal called Hoogekraal, headed by the Chief of the Outeniquas." 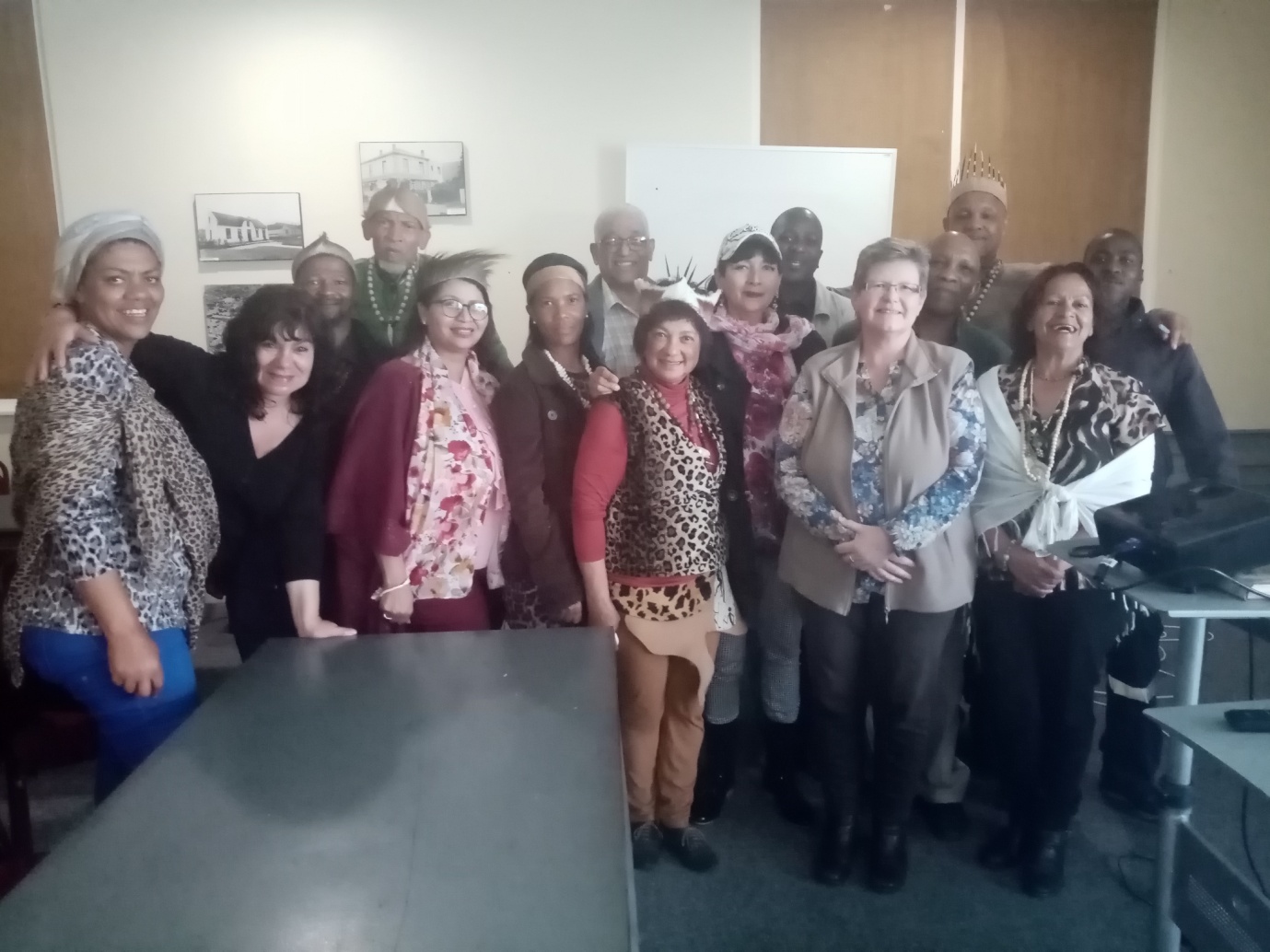 Wrapping up after a day after sharing experiences, thoughts and ideas. Longstanding Pacaltsdorp residents include Annelize Jeftha, Mona Olieslaager and Blanche Benjamin. Local Khoe chiefs and representatives from the Knysna Museum were also in attendance.

Highlights of research
Young says the highlights of the research was meeting this special community "who are too numerous to mention individually by name".

"What is striking about the residents who attended the community meeting is the desire to reach out across a painful past and significantly, the desire of local communities to reconnect with their rich ancestry: hence reconnecting the string."

A particularly poignant experience was going on an informal Pacaltsdorp tour with Pacaltsdorp tour guides Mona Olieslaager and Enrico Apollis. Some of the community members still live in sod houses. One such resident is Nanette Gordon, a self-taught artist, mother and grandmother.

"The history of George is in microcosm the history of South Africa as a whole, which is a history of historical trauma and social disconnection of South Africans from one another. To this end the aim of the exhibition is to create awareness of previously neglected aspects of George’s history, albeit painful, which are precursors to healing."

The exhibition covers the dispossession of the Outeniqua people, the history of people enslaved in George as well as the men who manually laboured to build the Toll house and the Montagu Pass.

"Through this exhibition it is hoped to begin a journey of reconnection and social cohesion for the people of George in overcoming a painful and very divisive historical past," says Young.

The project was overseen by Linda Labuschagne, Project Manager for the Dept of Cultural Affairs and Sport. The approved graphic design was undertaken by Kae Combrinck-Bawa, graphic designer and animation artist.

Further details will be made available once it becomes safe for installation to take place. 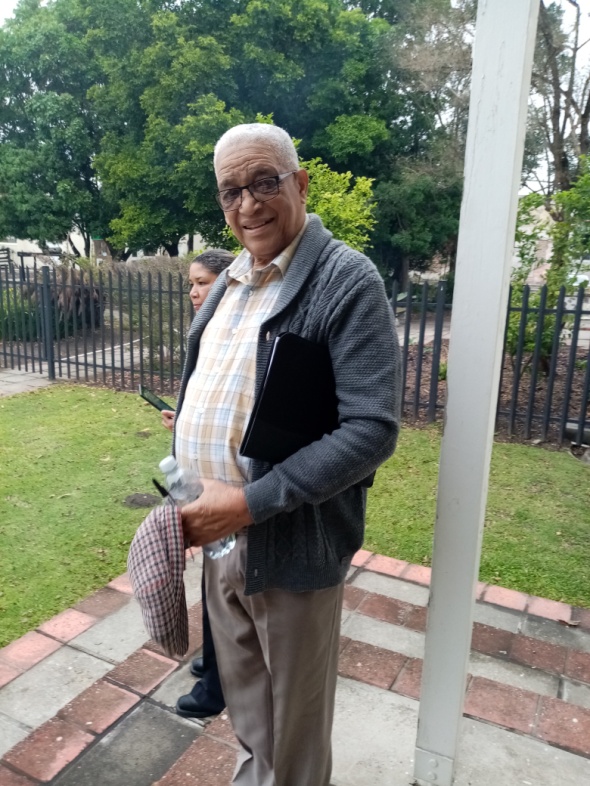