GEORGE NEWS - The Garden Route Golf Warehouse pro shop in Knyna Road suffered extensive damage during a fire last night. The incident took place just after 22:00, while a private party was underway next door, on the same premises, at Mujo Bar & Restaurant.

According to Mujo's owner, Liezl Kelland, their property escaped near fire disaster.

'A carguard, named Oupa, alarmed my staff to the fire, and everyone - even some of our guests - just jumped in to help,'' she said. ''The fire touched the corner of our restaurant, but we were spared and no one got hurt. Staff used a fire hose and extinguisher to contain the fire.''

The cause of the fire has not been confirmed by the authorities, but a short circuit has been named as the probable cause of the incident.

Motorists were alarmed when they witnessed the fire last night, driving past Mujo's premises. 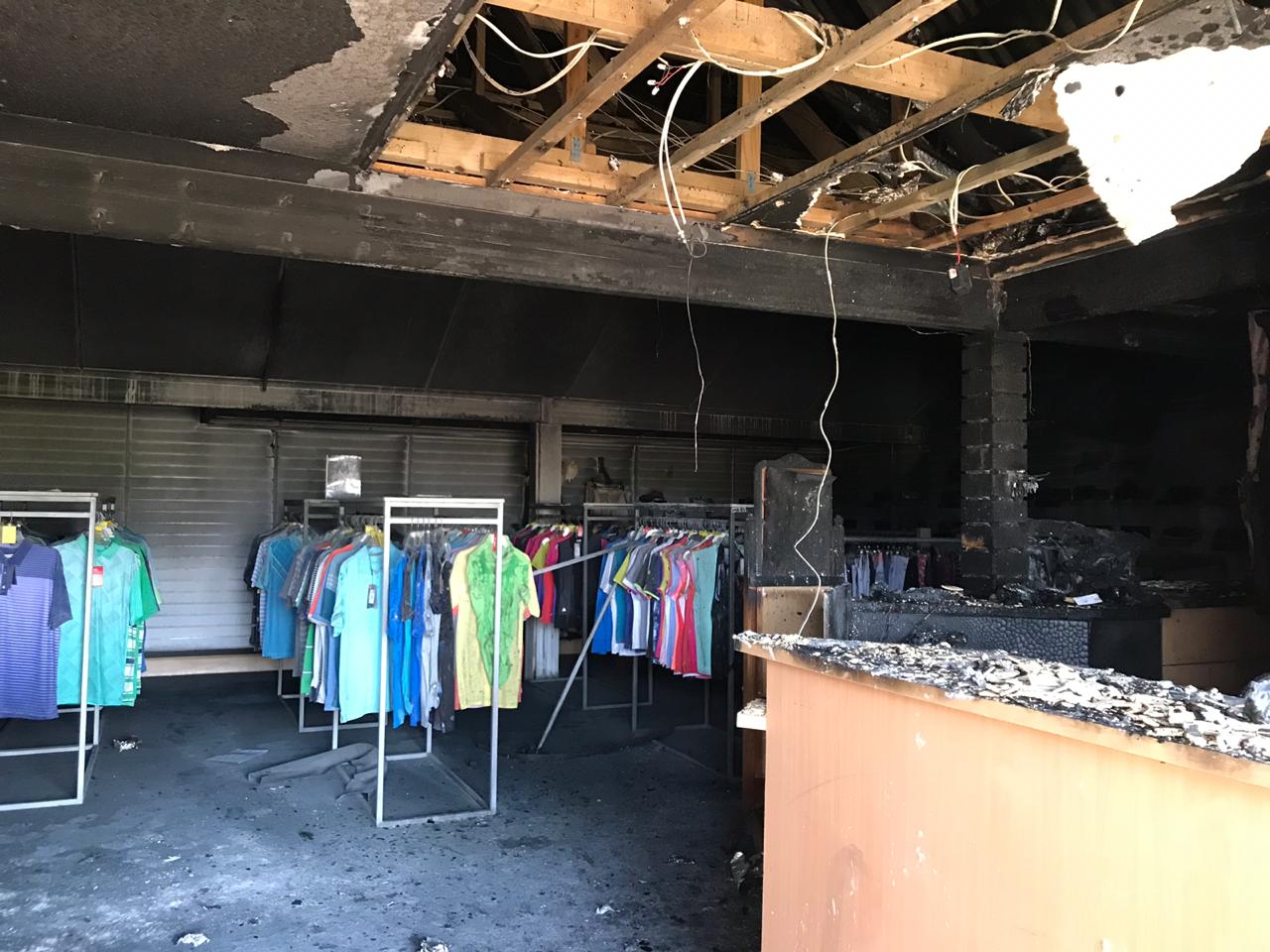 Fire damage in the pro shop.

Kelland assures the public that they have been spared any fire damage.

''When the George fire brigade arrived the fire was mostly contained. They were very surprised, since the pro shop has a wooden structure,'' she said. According to Kelland most of the stock in the pro shop have been destroyed.

''The ceiling and fittings have also been damaged,'' She said. Kelland thanked the fire brigade for their help and the public for their concern. 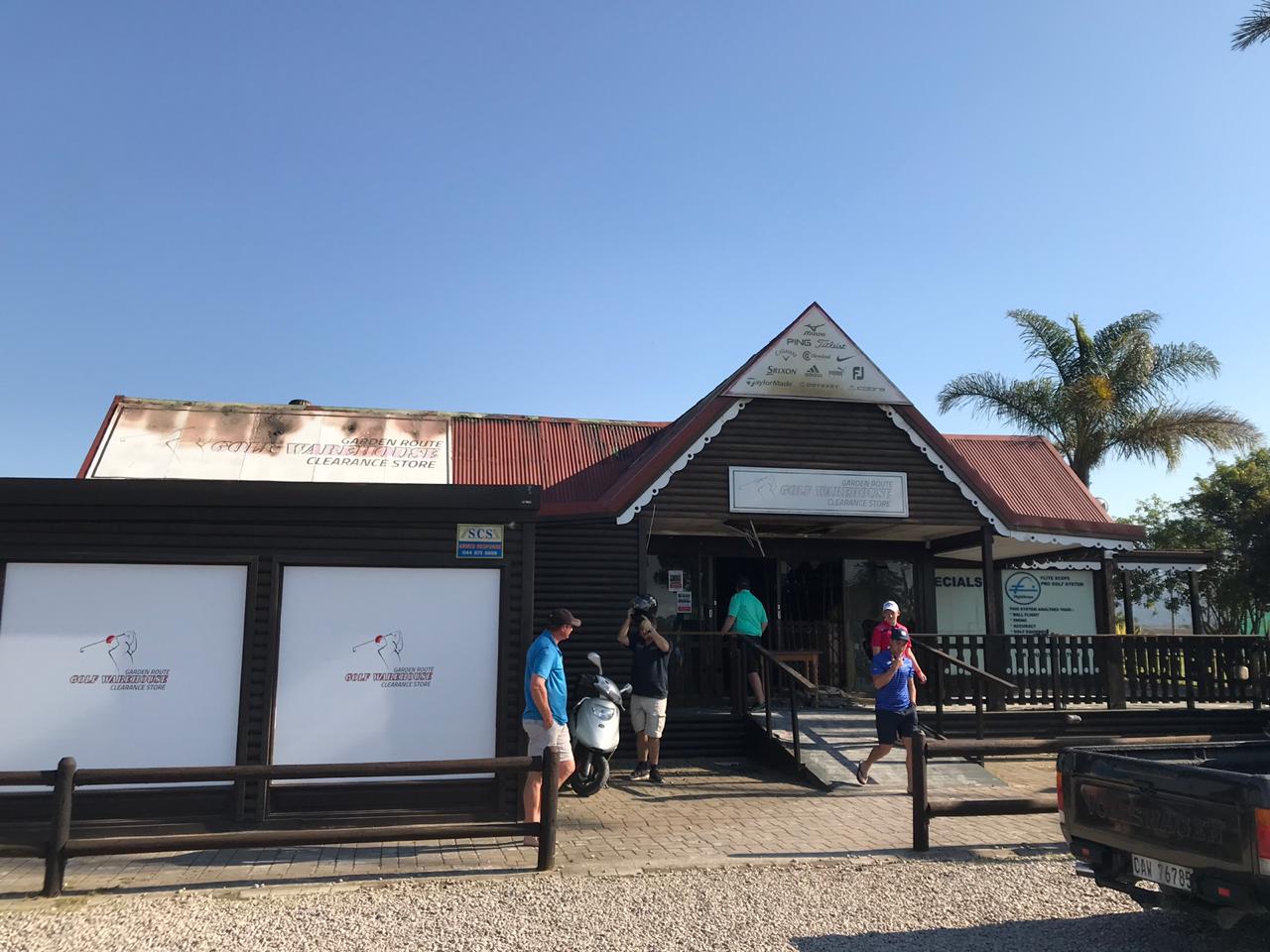 According to Mujo's owner, Liezl Kelland, their property escaped near fire disaster. 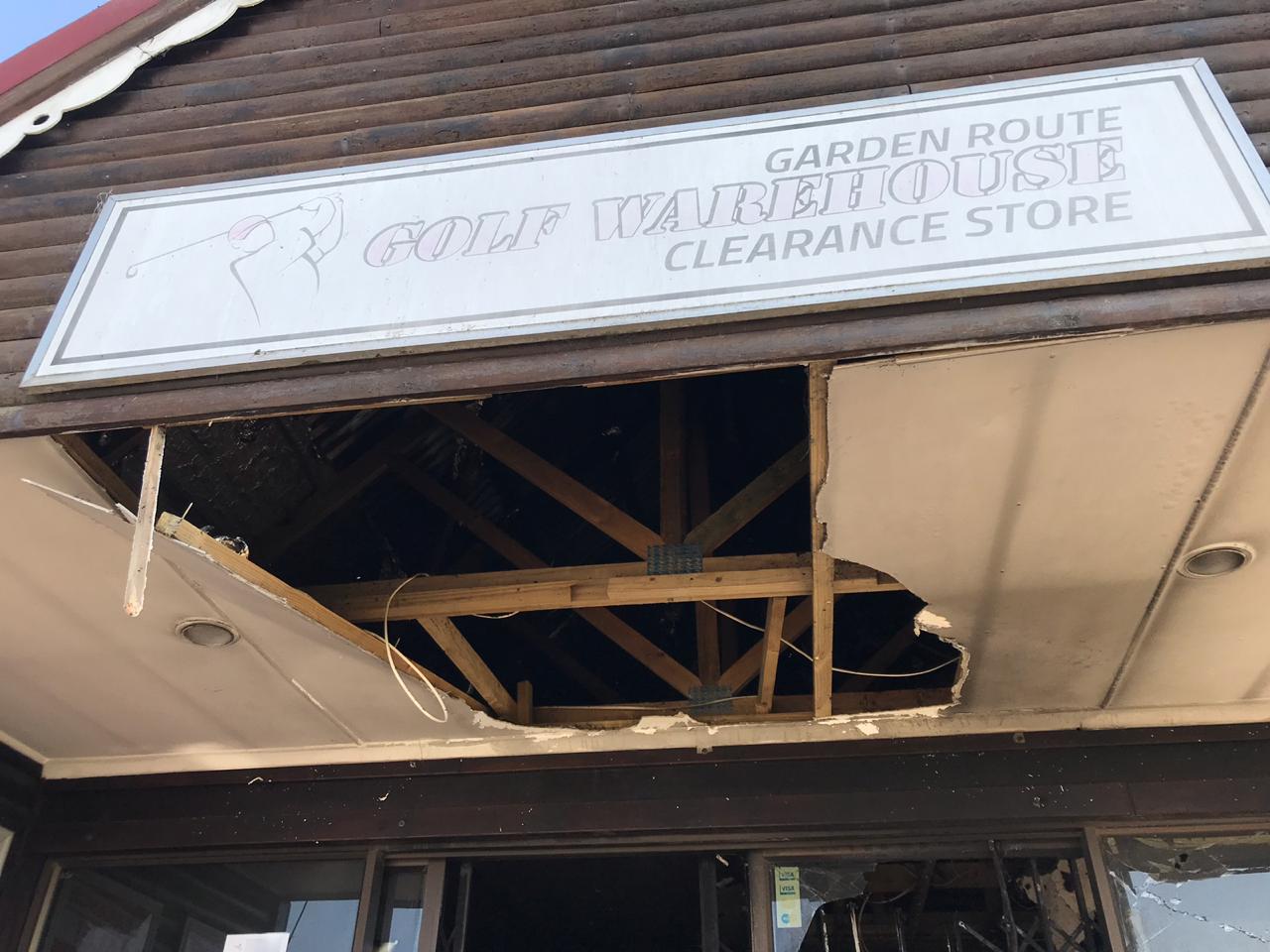 Fire damange to the building. 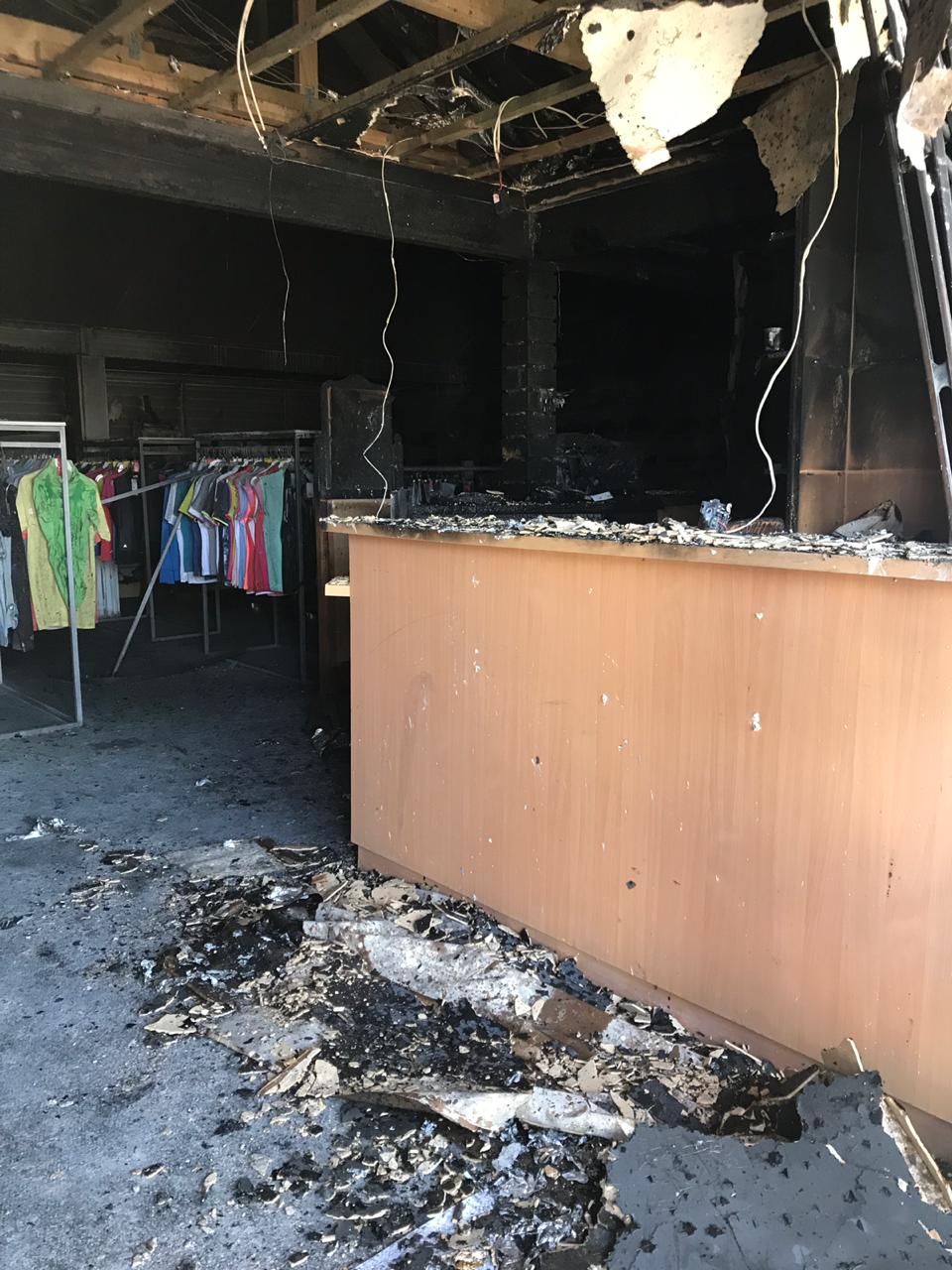 Damage inside the Pro shop.