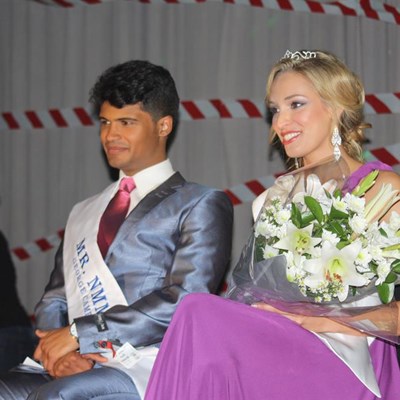 Mr NMMU, Dean Langeveldt and Miss NMMU, Danicka Riehl. Photos: Anica Krüger
GEORGE NEWS - The recent Miss and Mr NMMU competition held at the George Campus of Nelson Mandela Metropolitan University (NMMU) was a raving success thanks to the verve and vivacity of the participants as well as vocal and enthusiastic encouragement from the audience.

Ayabonga Chonco, a first year WoodTech student, stole the hearts of the audience who cheered every appearance and he was awarded the title Mr Personality.

During the evening the audience's choice according to Facebook 'Likes' was Awonke Kampie who won with 417 votes. She is a second year BCom student and secretary of Sasco.