The fourteen-wheeler mobile crane that plunged into the Malgas River. Photo: Kristy Kolberg

GEORGE NEWS & VIDEO - A fourteen-wheeler mobile crane plunged into the Malgas River at Blanco, just after 16:00 this afternoon, Sunday 30 September.

The truck was coming down the Outeniqua Pass when a tyre burst and the driver lost control in the twisty section at the bottom of the pass just before the Malgas River.

From the tyre marks on the road it seems as if the tyre burst happened 150m from the point where he careered off the road into the river after hitting the metal guard rails on the oncoming side of the road.

Leighton Scheepers, who was playing in the park across the river in Blanco, said he heard the tyre burst and looked up and saw the truck picking-up speed while the brakes were screeching.

The driver was alone in the truck and was taken to George Mediclinic with serious head and leg injuries.

No other vehicles were involved in the accident as the N12 road leaving George appeared to have been empty said another eye-witness. 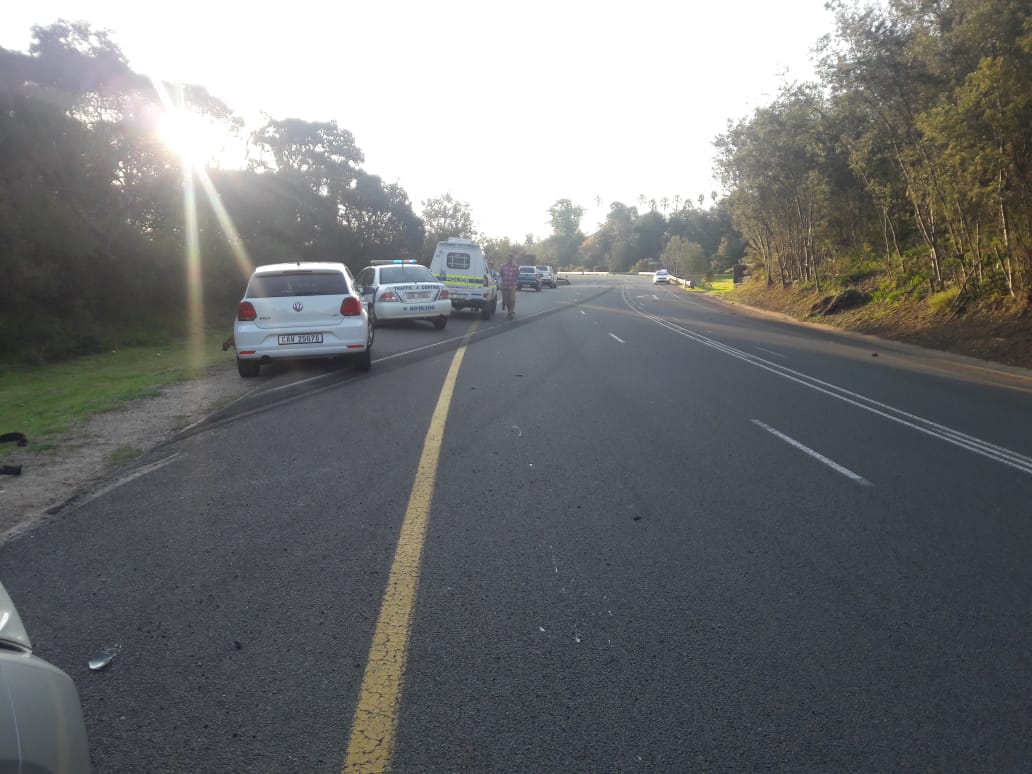 The brake marks are clearly visible as the driver fought the pending disaster.
Photo: Myron Rabinowitz