Loan application questioned with millions in the bank

GEORGE NEWS - A proposal for a loan application of R19,8-million to purchase municipal service vehicles resurfaced as a point of concern during the council meeting on Wednesday 29 November.

The proposal had been an item in the council agenda of 25 October.

PBI Councillor Virgill Gericke utilised his five minutes reply to the mayor's speech to focus on the issue. He questioned the municipality's need to apply for a loan when it is believed they have investments of R350-million.

Gericke said he will formally request an investigation into the matter from Municipal Manager Trevor Botha.

"We have learned later on in the corridors that we have investments to the value of R200-million and another investment of R150-million. We want some of the experts to tell us... Do we really have reserves?

"Do we have investments in the bank? With what company?

"What happens to the interest of that investment and is there a real need to borrow money from the banks to the disadvantage of the taxpayer of the city?"

Gericke said he didn't want any answer in Council.

ANC Councillor Piet van der Hoven said if what Gericke said holds any truth, he requests that a proper investigation be conducted, because no interests were declared. 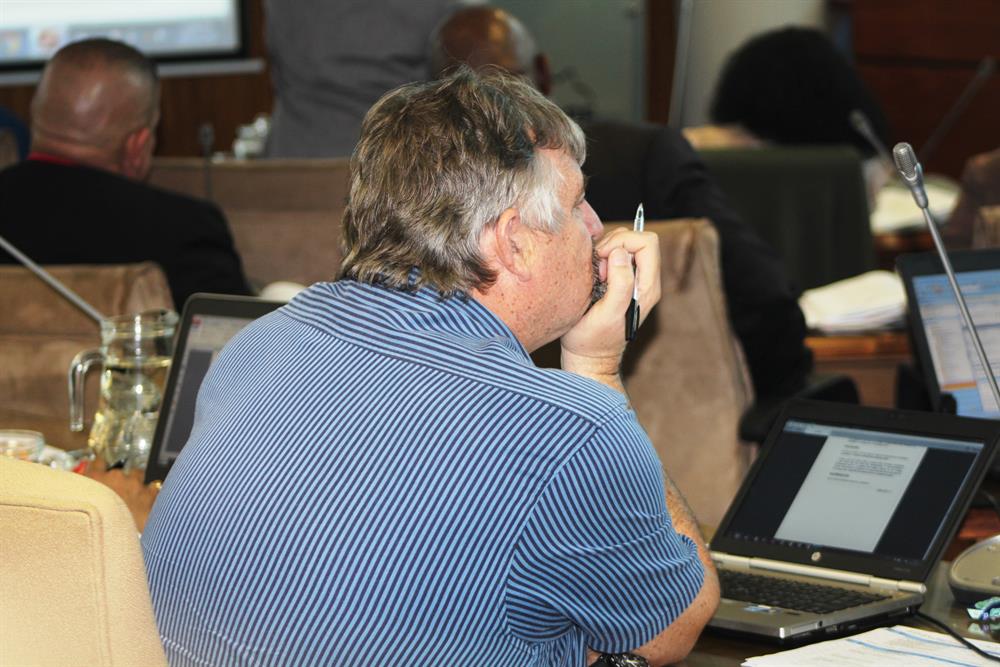 As a member of the Budget Steering Committee, Van der Hoven commented earlier this week that he is very sceptical over the reason why a report on investments was submitted during a meeting last Friday, two days after the council meeting.

"It is possible that it relates to the issue which came to the fore in Council," said Van der Hoven. "The committee is actually only supposed to give an overview regarding the budget."

Chief Financial Officer Keith Jordaan answered a question in meeting on 25 October regarding the reserves as follows: "Cash and cash equivalents would be about R600-million, most of which is grant money, with the majority destined for the George Integrated Public Transport Network.

"Our commitment for CIR (Capital Investment Grants) for this year alone is R80-million - that's the cash we need.

"Other than that, we don't have any other reserves for infrastructure, development and capital expansion."

Read more about: bank loan millions in the bank