During the late 1950’s a local farmer and birding enthusiast, William Quinton, campaigned for a conservation area in the Beaufort West vicinity.

However, it was only in the 1970’s that South African National Parks (SANParks) proposed the establishment of a national park which would be representative of the Nama Karoo Biome.

This followed a campaign launched by the South African Nature Foundation, funded through the commission and sale of special art stamps depicting the flora and fauna of the Great Karoo.

Park Manager, Nico van der Walt, says “After considering a number of possible suitable areas, it was decided to establish this new park in the vicinity of Beaufort West. In a gesture of support, the Town Council of Beaufort West made a valuable donation of 7 209 hectares of communal land north-west of the town to SANParks. This area then formed the nucleus of the Karoo National Park, pro-clamed in 1979.”

It has since grown considerably and now stands at 90 535 hectares.  KrNP has been the scene of many epic events over the years – the first 4x4 trail within SANParks was opened in May 1992, namely the Pienaar’s Pass 4x4 Trail and the world’s first Fossil Trail incorporating braille was established in 1994.

As it is SANParks policy to reintroduce wildlife species which would have occurred in an area before hunting or habitat loss forced them to local extinction in earlier centuries, a number of re-introductions have taken place in Karoo over the years, most notably black rhino in December 1993, lions in November 2010 and brown hyena in 2012. 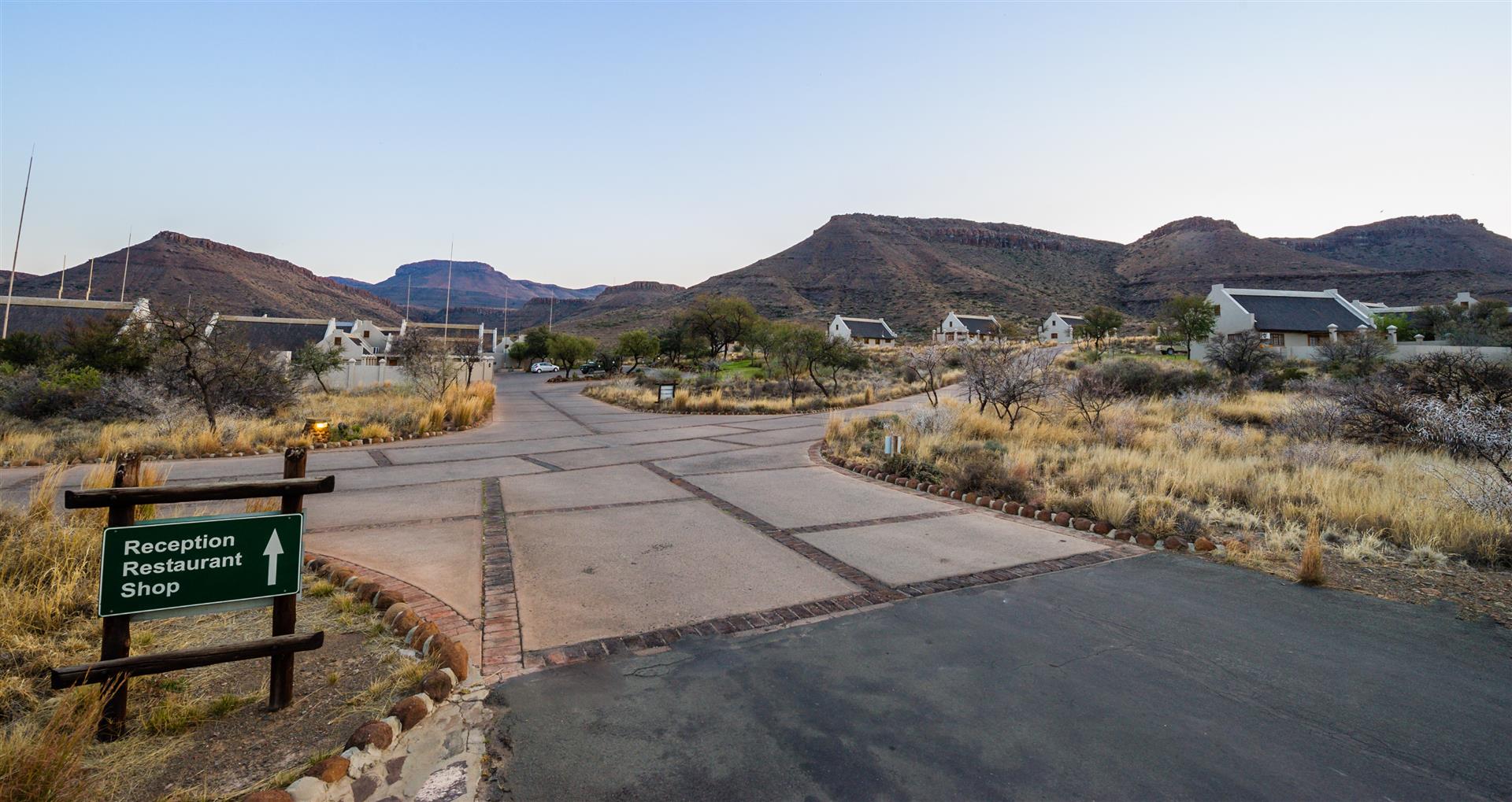 The Park has, over the years, also increased in popularity as a tourist destination. Photo: Johan Barnard.

The Park has, over the years, also increased in popularity as a tourist destination.  “The rest camp was opened in March 1989 and has been expanded upon over the last thirty years.   The entire Park currently boasts with 138 beds made up of chalets, family cottages, cottages, camp sites as well as the more rustic, exclusive offerings of the Afsaal and Embizweni Cottages inside the game viewing area and the Grantham Environmental Education Centre for groups,” says van der Walt.

A total of 46 full-time staff are employed in the Park, as well as seven temporary staff and a further 94 people through its Biodiversity Social Projects.  Since the commencement of the project in 2010, teams have rehabilitated 11 665 ha in the Park.

Van der Walt says “I am proud to lead such a great team.  Thanks to their hard work and dedication, the Park is a firm favourite with guests for its warm Karoo hospitality.  Proof of this is also the many regional and national awards we have won over the years – the most recent being that of Best Performing Gate and Reception at this year’s Regional Achievement Awards.”

“We are always working at improving the visitor experience and by introducing more activities into the Park over the years, we have been able to change the Park’s reputation as simply being an overnight option on the road between the coast and the interior, but a holiday destination in its own right,” concluded van der Walt.

'We bring you the latest Karoo news'