The SAICE History and Heritage Panel undertakes research into the circumstances regarding the construction of the various heritage infrastructure nominees to ascertain whether they are worthy of such recognition.

Previous awards have gone to a variety of noteworthy projects, such as the Van Stadens Weir/Dam near Port Elizabeth, which was built in 1877. Last year’s recipient was the Bloemspruit Canal, built in 1904, in Bloemfontein, which is still in use today. 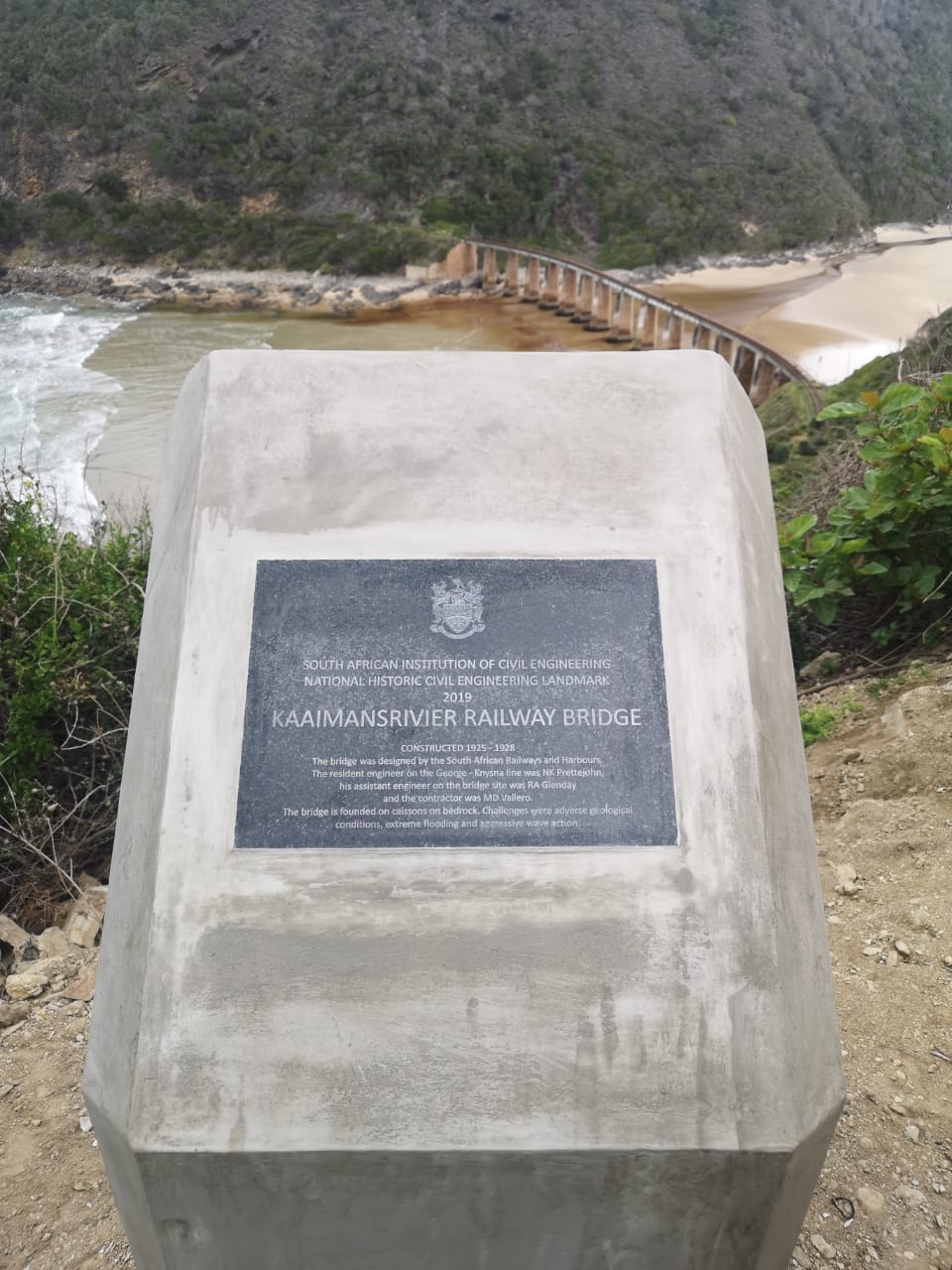 The plaque that is proudly displayed above the Kaaiman's Railway Bridge.

The Kaaiman’s Railway Bridge has been widely photographed, and its image is well known internationally, with railway and heritage tourists continually visiting the bridge. For a long time it was also part of the Outeniqua Choo Tjoe route.

The bridge is popular locally, too, for the beautiful beach and river adjacent to the bridge, drawing holidaymakers to the region.

The 2007 floods put the Outeniqua Choo Tjoe off its rails temporarily, but we remain optimistic that some day soon operations will resume on this historic route over the Kaaimans Bridge to transport tourists and goods once again.

The bridge, which was constructed in the years 1925–1928, was designed by the South African Railways and Harbours (SAR&H), now Transnet. The Resident Engineer on the George–Knysna line at the time was N.K. Prette-John. His Assistant Engineer on the bridge site was R.A. Glenday, and the Contractor was M.D. Vallero. 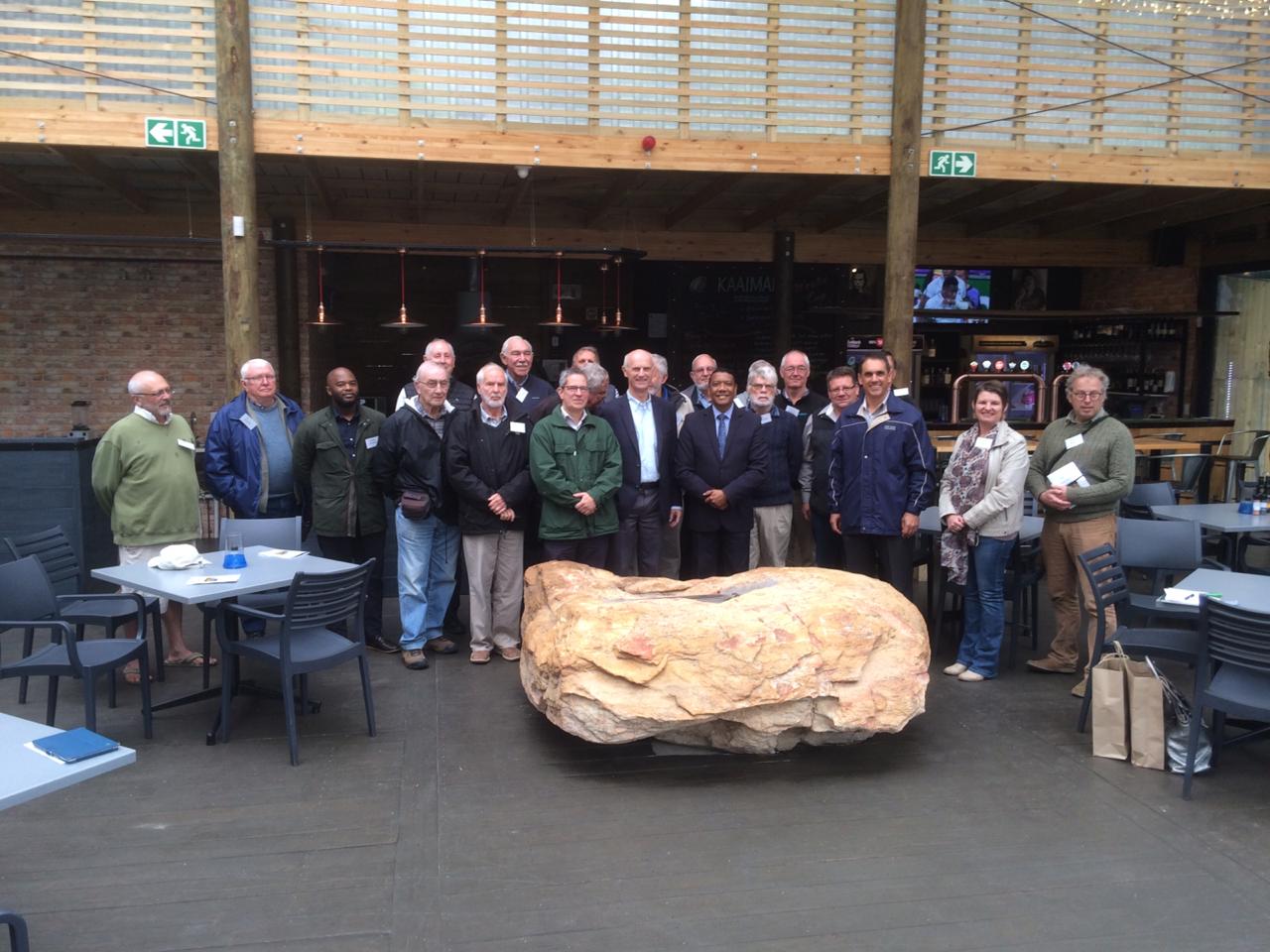 Attendees for the official unveiling of the Kaaimans Railway Bridge Heritage Landmark award at the Kaaiman’s Restaurant today.

The bridge is founded on caissons on bedrock. Challenges that were overcome included adverse geological conditions, extreme flooding and aggressive wave action. A number of photographs depicting the bridge and its construction can be viewed at the Transnet Railway Museum in George.

SAICE was represented at Wednesday’s plaque unveiling by its current President, Brian Downie, and the Chairperson of its History and Heritage Panel, Prof Chris Roth, as well as heritage tour delegates and representatives of the SAICE Southern Cape Branch.