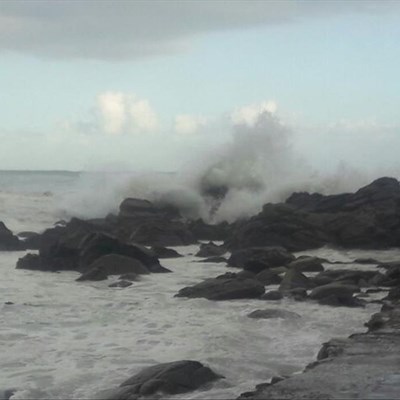 Huge waves crash onto the rocks at Victoria Bay.

GEORGE NEWS AND VIDEO - The George Herald was at Victoria Bay earlier this afternoon (Thursday 24 August) after a concerned reader phoned in about exceptionally high seas.

Massive waves crashed onto the lawn, removing paving and in some cases even washing into some houses.

A couple of houses were also damaged as a result of the powerful waves.

The extent of the damage is not yet known.

Surfing gear and other items were also washed into the sea.

Waves of up to 8m were predicted.

George Herald journalist, Kristy Kolberg, was there to capture the dramatic scenes. Watch videos below.