Sasha Adams produced this award-winning piece, Game Time. Sasha was interviewed by SABC TV news at the opening of the Wilderness Art Festival last Thursday night. The insert appeared on TV on Sunday.

It is rare that both the junior and senior awards are won by the same school in the same year.

SABC TV news filmed the opening of the art festival on Thursday night and interviewed Sasha Adams about his piece, Game Time, which received an A+++ at the eisteddfod. Sasha, who is now the head boy of Hoekwil Primary School, told the reporter a book he was reading at the time provided the inspiration for his award-winning piece.

Hoekwil Primary School was delighted with its eisteddfod wins last year, as well as the opportunity to appear on national TV on Sunday night. The school is known for its strong focus on arts and culture, often raking in more A+++ and A++ results than any other local school at the eisteddfod. 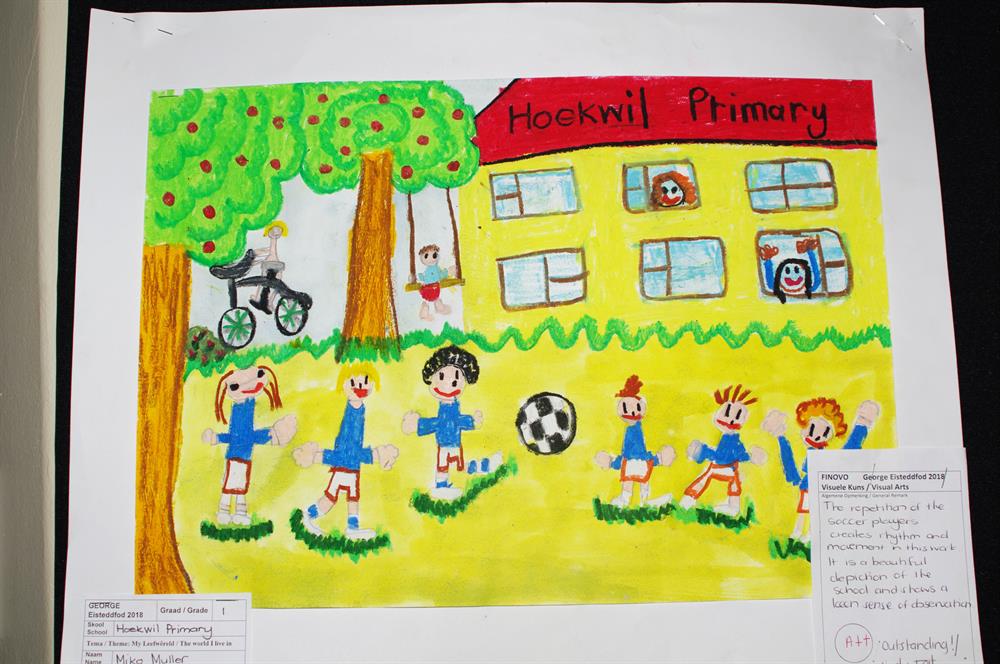 Mika Muller won the Junior Art Award at the 2018 George Eisteddfod with this piece titled My School. The colourful art work earned the then-Grade 1 learner an A++ from the judges.