An informal dwelling in Thembalethu is surrounded by water on Sunday.

GEORGE NEWS - George received welcome rain over the weekend with the Garden Route Dam area recording 80mm, but at the same time, a number of residents had to evacuate their homes due to flooding and related issues.

Officials were kept busy from the early hours of Sunday morning with the George Fire, Rescue and Disaster Management section providing 73 mattresses, blankets and a pack of 100 facemasks to families given temporary shelter in the Pacaltsdorp and New Dawn Park community halls, as well as to Wilderness Heights residents being sheltered at Hope Church.

Some of these families are from the Moeggeploeg informal settlement.

The Social Development section provided these residents each with a hot meal on Sunday and Monday. George Municipality noted with gratitude donations of food and blankets from Love George and other members of the public. Some of the affected residents preferred to sleep over at family members’ homes or other places.

The municipal Disaster Call Centre responded to hundreds of calls, received via the control room, from Friday to Sunday, 4 to 6 September.

In total 12 calls were received for the supply of gunplast, 73 were storm water-related complaints, two about roofs that were blown off, five regarding motor vehicle accidents, seven about informal house fires, two about formal house fires, one about a building fire, 216 about civil engineering and technical complaints and 70 about electrical faults. 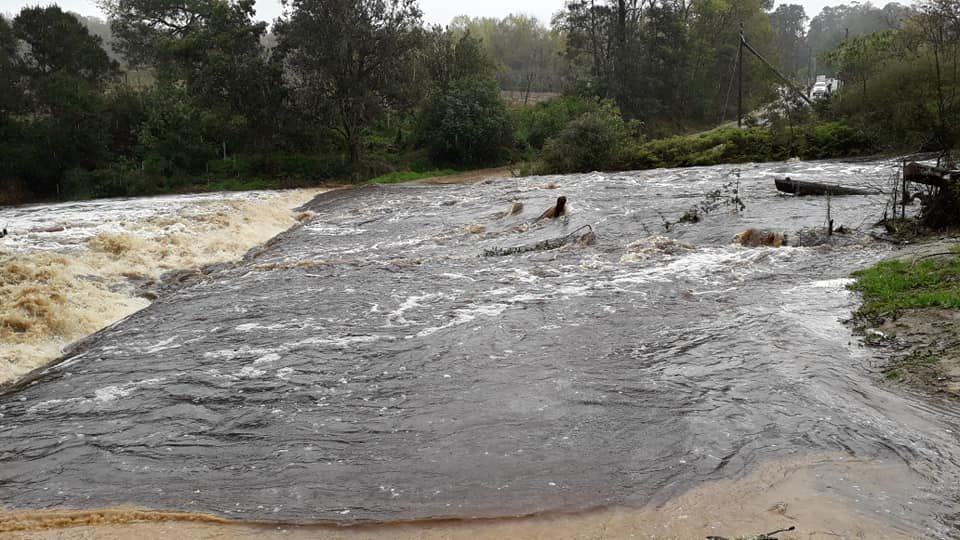 The Human Settlements division handled approximately 200 complaints yesterday with residents mostly requesting assistance with gunplast. On Sunday, the directorate delivered 111 pieces of gunplast to affected people and continued attending to the remainder of the complaints yesterday.

The Civil Engineering teams had to do repair work on three roads that were damaged. At several pipelines, joints came loose as a direct result of blockages caused by unwanted objects thrown into the storm water system. This caused flooding and damage to pipelines.

Cleaning operations and repairs are currently underway in all of these cases. An inlet at Gwaiing Sewerage Works was blocked due to particles passing through the filters of the pump station.The sea at Ballots Bay was polluted again after the accumulated mess in the Meulen River was washed downstream following the heavy rainfall.

There were no failures at any of the pump stations along the river that caused a flood or the pollution. The Welgelegen pump station was flooded due to a high inflow with storm water entering the system,which may have caused damage. The cleaning operation is currently underway. 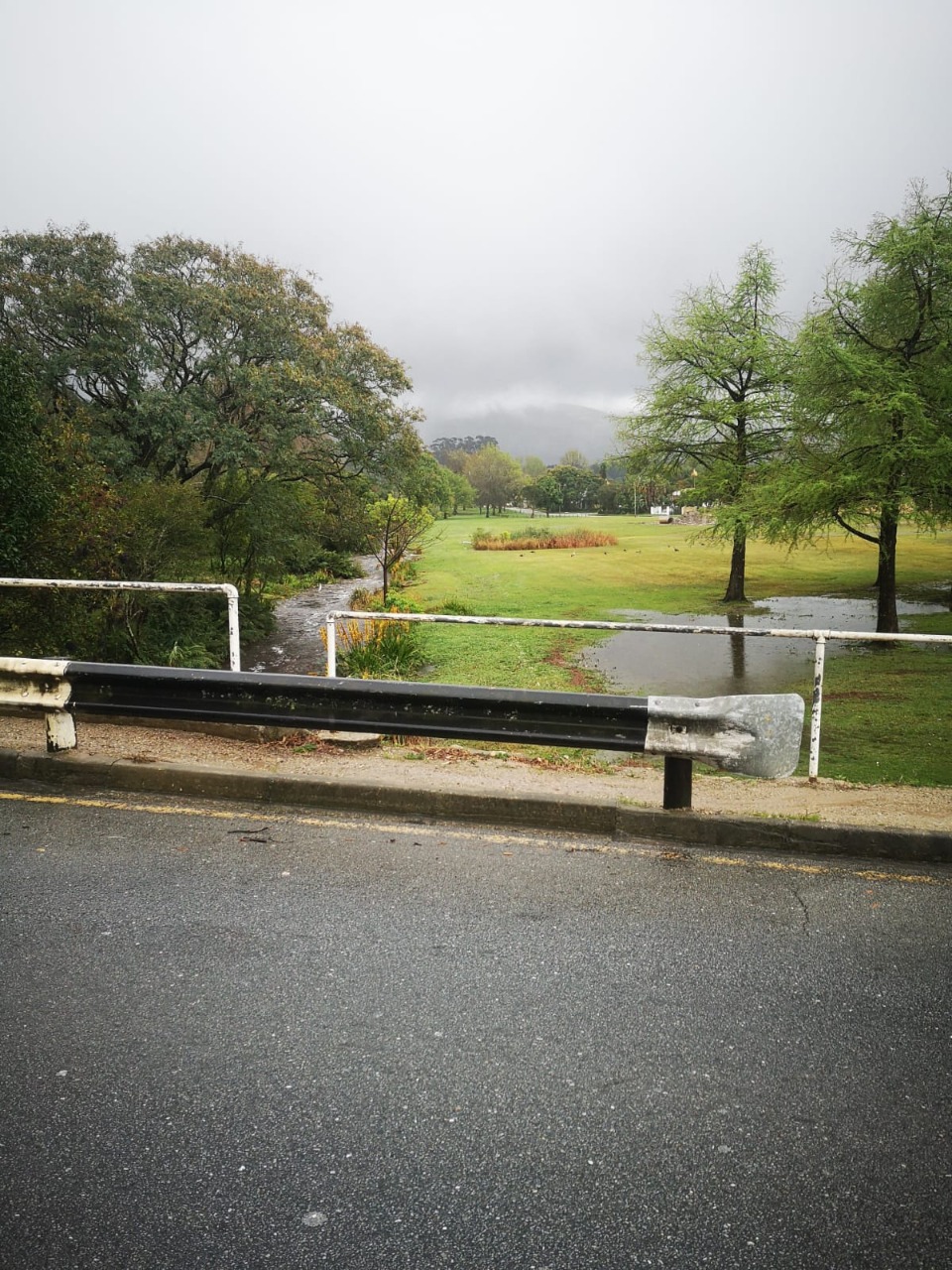 The Kat River as seen from Davidson Road on Sunday.