GEORGE NEWS AND VIDEO - Western Cape Health Minister Nomafrench Mbombo stole the hearts of healthcare workers at George Hospital today when she spontaneously took part in a dance routine with them, lifting the spirits in the midst of severe challenges in managing the pandemic.

Mbombo is in George today where she visited the Harry Comay TB Hospital and George Hospital this morning.

She also visited the Blanco Clinic and Pacaltsdorp Clinic where she did the sod-turning for planned additions to the facility.

She commended the staff for the work being done in fighting the pandemic and made a plea to them to stick to the five Golden Rules of hygiene and mask wearing to help stop the spread.

George Hospital CEO Michael Vonk informed the minister that 79 of the hospital staff have contracted Covid, only 13 of whom are currently active cases. Two are currently in ICU and the others have all recovered.

An extra 25 nurses were appointed last week. Vonk said all the staff have been affected by the pandemic, from the HR to the cleaning staff that are burdened with the task of decontamination, and the workshop personnel who are responsible for the maintenance of equipment and ensuring that the monitors and ventilators are working and installed.

"By way of example, the hospital normally uses 350 kg of oxygen a day. Over the past month we've been using 1,5 tons."

At Harry Comay, Mbombo was shown the building project where provision is being made for 20 additional beds for the Covid-19 peak. She was informed that an average of 20 Covid-19 patients are being cared for, transferred from George Hospital where pressure is being experienced, especially in the high care and ICU wards.

Once the additions have been completed, Harry Comay Hospital will be able to provide a total of about 60 beds for Covid-19 patients. 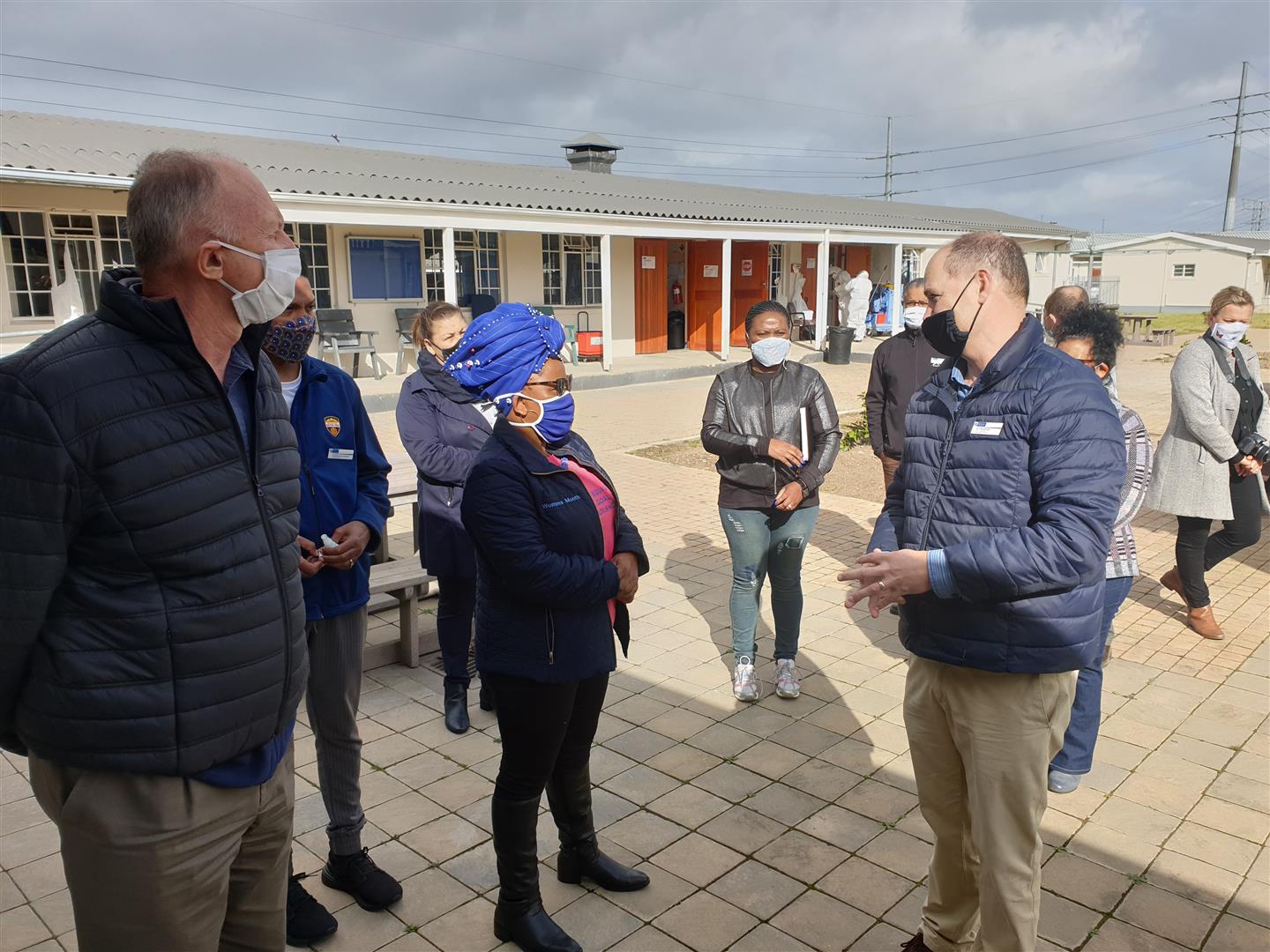 Dr Terence Marshall, who heads the Garden Route district's health service, said hospitalisations are more accurate when determining if a region has reached the peak of the pandemic. Hospitalisation figures have been remaining more or less similar in the district over the last week or two, but the critical care systems at hospitals are under strain.

"It is difficult to say whether we are nearing the peak, but there are some encouraging signs for the bigger sub-districts. We are keeping our eyes on the data. We think it is getting better, but the numbers do vary, so it is a little too early to say. "

He said the new facilities being built on can be used for storage if not needed for a Covid-19 ward.

Mbombo commended the staff for the work they are doing under difficult circumstances. "The uptake of TB treatment and ARVs has declined and many people also die from TB. Here at this facility, the fight is not only against Covid-19, but also against a bacterial infection," she said.

Pacaltsdorp Clinic
George Herald journalist Salette Cloete reported from Pacaltsdorp Clinic that Mbombo announced that R16,5-million has been approved for additions to the Pacaltsdorp Clinic which was built in 1981. The community was promised ten years ago that the clinic would be extended. Tenders closed on 15 July and a contractor now has to be appointed, a process that can take some months. The Pacaltsdorp Clinic committee chairlady Caroline Muller said they would like to see the project to start as a matter of urgency.

Pacaltsdorp is also a testing centre for Covid-19 and had to be rearranged completely, creating even more challenges than under normal circumstances.

Cloete reported that everyone is hopeful that the project will start soon, but no definite date has been set.


I'm a 31 year old woman looking to meet men and women between the ages of 31 and 73.
View Profile