A "vandalist" caught red-handed, gets an earful from the champion who gives him some serious food for thought about his actions.

GEORGE NEWS - The Go George communication champions know that their support is appreciated by the passengers, but to get cheering applause for their efforts is not something that happens every day!

A new communication campaign that includes a visit by drama groups to schools, is kicking off a very exciting era in presenting information on the local bus service.

According to James Robb, Go George Manager, the communication team had to think creatively about conveying a message that isn't always nice to hear. "Unfortunately, we receive quite a number of complaints from passengers regarding disrespectful behaviour on the buses and at bus stops. This, together with the senseless vandalism of the bus service's infrastructure, prompted us to address the youngsters in their language to get their cooperation," said Robb.

"And it seems we have struck a chord, judging from the participation of the audience and the extent to which they absolutely enjoyed the fine humour. It's early days, but if we find that this way of explaining the reason for rules on the buses – by putting the audience's feet in their co-passengers' shoes – is effective, we'll definitely use it in future to bring home important messaging to the public."

It was not difficult at all to find enough voluntary actors and talented comedians among the champions for a brief production. In fact, auditions had to be held to see who would get a turn in the first "concert", and the natural talent surprised everyone. 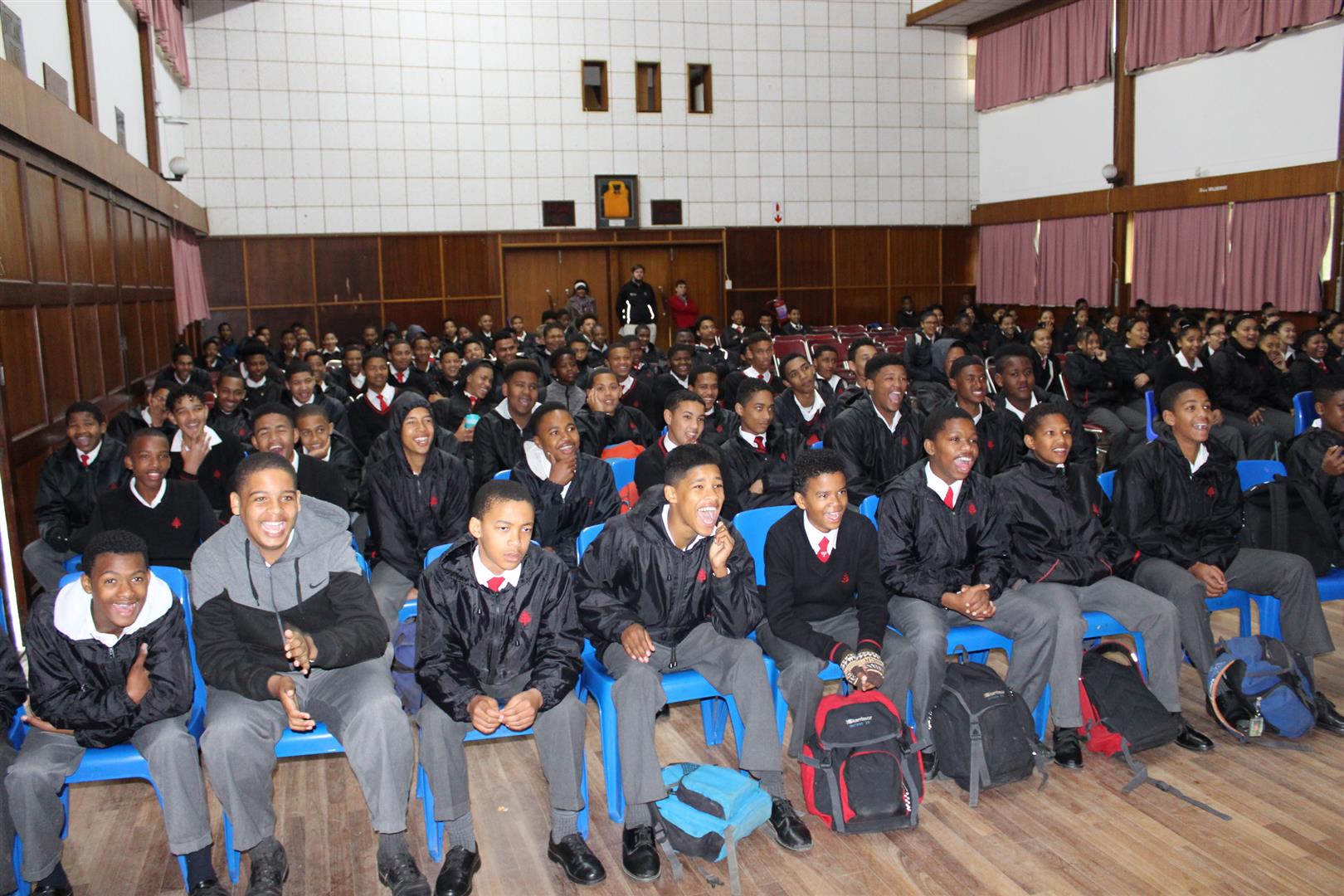 These learners from PW Botha College thoroughly enjoyed the humour and wit of the "real-life drama" brought to the stage by the Go George champions' drama group.

The feedback from the high schools that have already been visited is overwhelmingly positive. In addition to the learners enjoying the witty presentation "in their language", relating and taking it to heart, principals say that the message of respect for other people and public property is universally applicable and welcomed.

The communication team is making appointments with all the high schools in town and will also visit the primary schools with appropriate themes later. For more information, please phone the Go George Call Centre at 0800 044 044.