Getaway for friends ends in disaster

GARDEN ROUTE DISTRICT NEWS & VIDEO - A weekend breakaway to the Ou Tol Cango Retreat near Oudtshoorn came to a horrendous end for three lady friends who narrowly escaped death when their chalet burned to the ground in the early hours of Sunday 9 August.

One of the women, Dolly Subramoney (54), a former star in the police and pillar of the George and Wilderness communities, is being treated for fourth-degree burns in the ICU of George Provincial Hospital.

Subramoney's son, Delaney Subramoney-Cloete, said his mother had to undergo an operation on Tuesday 11 August due to the burn wounds. "She has been put into a medically induced coma and will go back into surgery on Thursday [today, 13 August] for doctors to do further assessment and to ensure good blood circulation. She is also on a ventilator to ensure that her swollen airways don't hamper her breathing. Please keep her in your thoughts and prayers."

He said they are grateful to the management of the resort for evacuating the place and making sure that the three friends were okay and taken care of.

Subramoney, a member of Eden Lions, together with Eden Lions Club secretary René Mouton, and their friend Delene Pillay had decided on a breakaway weekend to celebrate friendship around National Women's Day.

They went to bed some time after midnight. Pillay and Subramoney slept in the bedroom of the one-bedroom chalet, and Mouton on the sleeper couch in the lounge area.

Dolly Subramoney is being treated for fourth degree burn wounds.

Pillay said she woke up in the early hours of the morning with flames engulfing the room. She woke Dolly up and they rushed to the living room to wake up René. "Dolly opened the door to the deck area and this caused the fire outside to swamp the room. I screamed to them to hold on to me. I was thinking that the only escape would be the window in the bedroom and I was praying to the Lord that there would be no burglar bars."

They were fortunate that there were none and Pillay smashed the window with her hands, climbed through and helped her friends get out too. Subramoney was the last to escape.

Mouton's car next to the chalet also burned out.

Oudtshoorn Courant editor Hannes Visser reported on Tuesday that the owners of Ou Tol Cango Retreat were awaiting an assessor to determine the extent of the damage. The resort manager told Visser her dogs' barking had awakened her when the fire started.

"The wind was blowing strongly and the fire spread very fast from the one house to the next," she said. 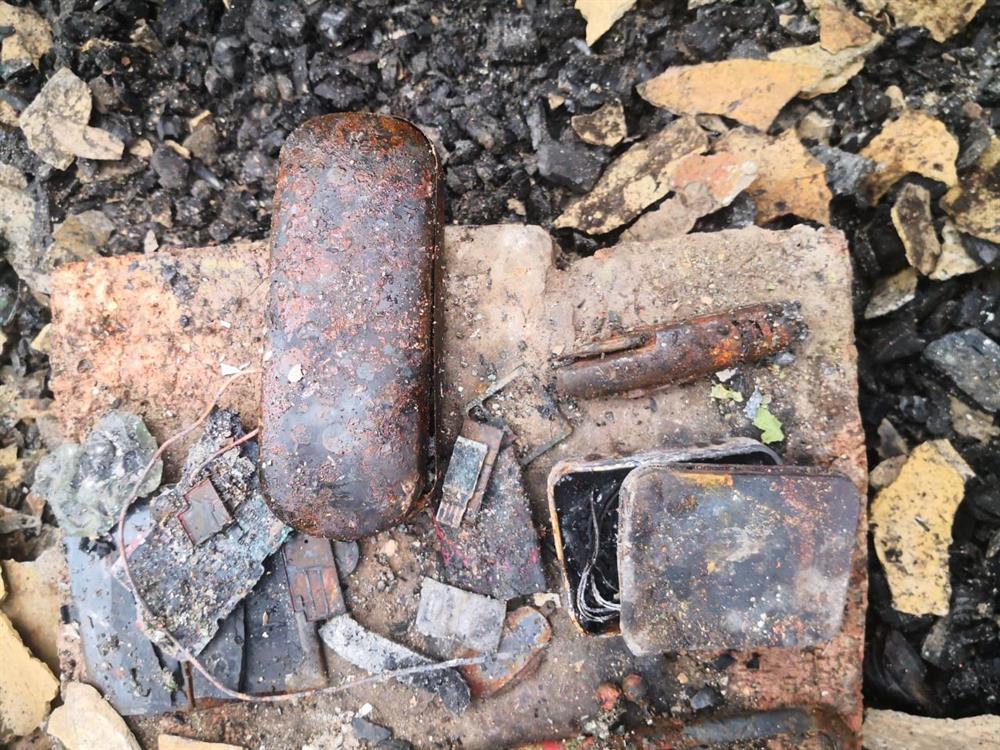 The three women lost all their belongings in the fire and escaped with only the clothes they were wearing.

Two people who had occupied the house next to that of the three George women, and five in the third house, could all be evacuated safely. She said the fire was a huge knock for the business as it was the first weekend they had received guests since the announcement of the lockdown regulations.

An ambulance and the fire brigade were called and the three women were taken to the Oudtshoorn Hospital, from where they were transferred to George Hospital. Pillay and Mouton were treated for minor cuts and burns.

Subramoney served the police force for 30 years before she retired in 2018. Former colleague and Southern Cape police spokesperson Capt Malcolm Pojie said no foul play is suspected and no case is being investigated. The rubble that remained of two of the chalets that burned down. Photo: Hannes Visser