Mayor Naik talks with Teddy Uwa from Parkdene during the annual friendly roadblock. At the back are Zamikhaya Tunywashe and Jan Adams.

GEORGE NEWS - The Executive Mayor of George, Ald Melvin Naik welcomed local and out of town tourists in George this morning during his annual friendly Mayoral "roadblock".

He gave them a hearty welcome to a sunny George.

All the motorists that were stopped in the friendly roadblock received a road safety tips pamphlet, a small torch, the George Municipal Newspaper, which contains the Mayoral Festive Message and Danny Cat badges for the children.

Mayor Naik welcomed all the tourists and wished them a safe and enjoyable holiday while in George. He also wished the traffic, law enforcement and fire services a safe time especially over the very busy festive season. He thanked them for their hard work. 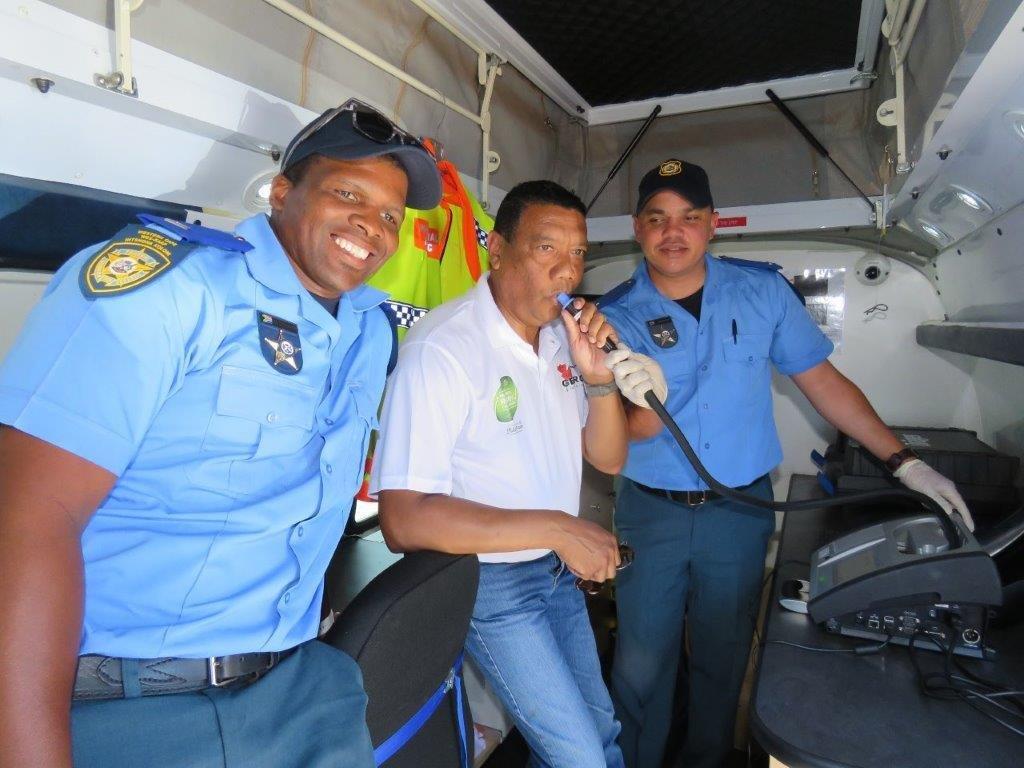 Monwabisi Siswana: Mayor Naik and Alex Robertson in the Breath Testing mobile that will drive around over the festive season to test drivers for drunken driving. Here Mayor Naik gets tested. 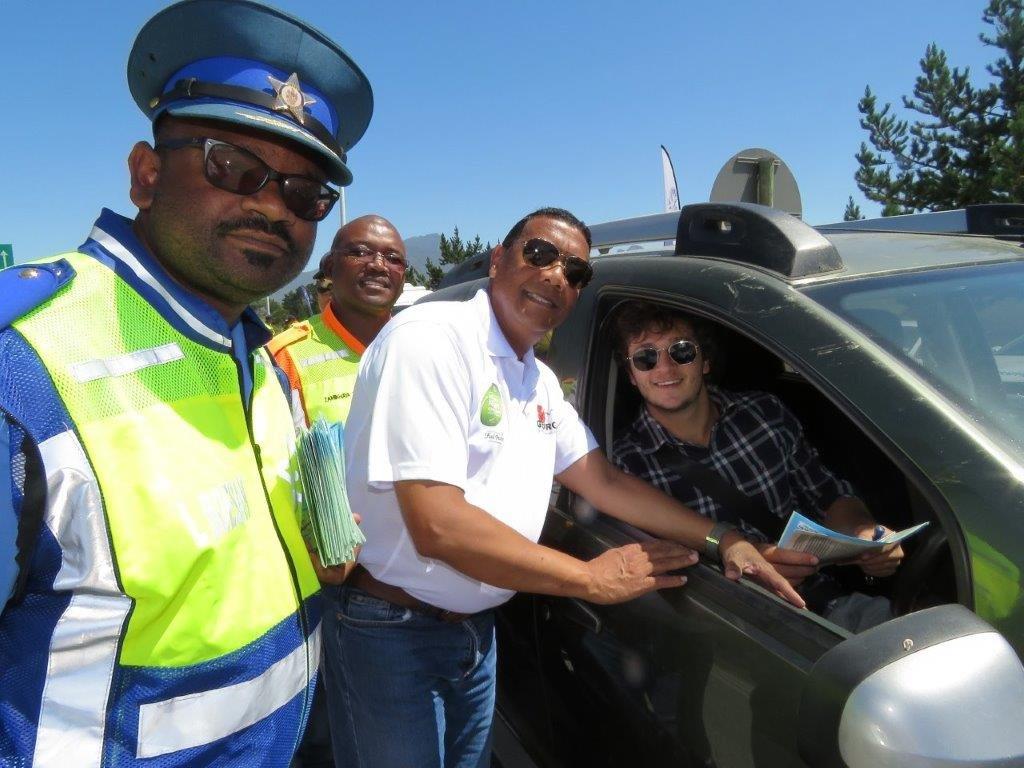 Mayor Naik welcomes Ewan Cornelius from Pretoria to George. With him from left are Lafras Boesak from George Traffic Services and Zamikhaya Tunywashe from Provincial Traffic Services.