GEORGE NEWS - A cold front that made landfall on Saturday 27 June, hit the western and southern coasts of South Africa, bringing along gale force winds, icy weather and rough seas.

The South African Weather Service on Friday warned of wave heights of between six and nine meters between Lambert’s Bay and Plettenberg Bay, while gale force winds of between 80 and 85km/h were dominating.

George was not spared its wrath and the municipality had its hands full as extreme wind caused damage throughout the municipal area.

According to a press release sent out by the municipality earlier today, several electricity outages, many as a result of broken electricity lines or trees on lines, were reported across Wilderness and George throughout the weekend.

Repairs to the overhead electricity line near 7th Avenue in Wilderness necessitated the closure of the N2 between George and Wilderness for an hour on Sunday.

On Saturday morning a trip on a high voltage line at a major substation resulted in a short outage over a large part of George including the airport, Tamsui industrial, George South, Rosedale, Bos en Dal, Groeneweide Park, Herold’s Bay, Gwaiing and parts of Pacaltsdorp and Thembalethu.

A total of 167 electricity-related complaints were received over the weekend. 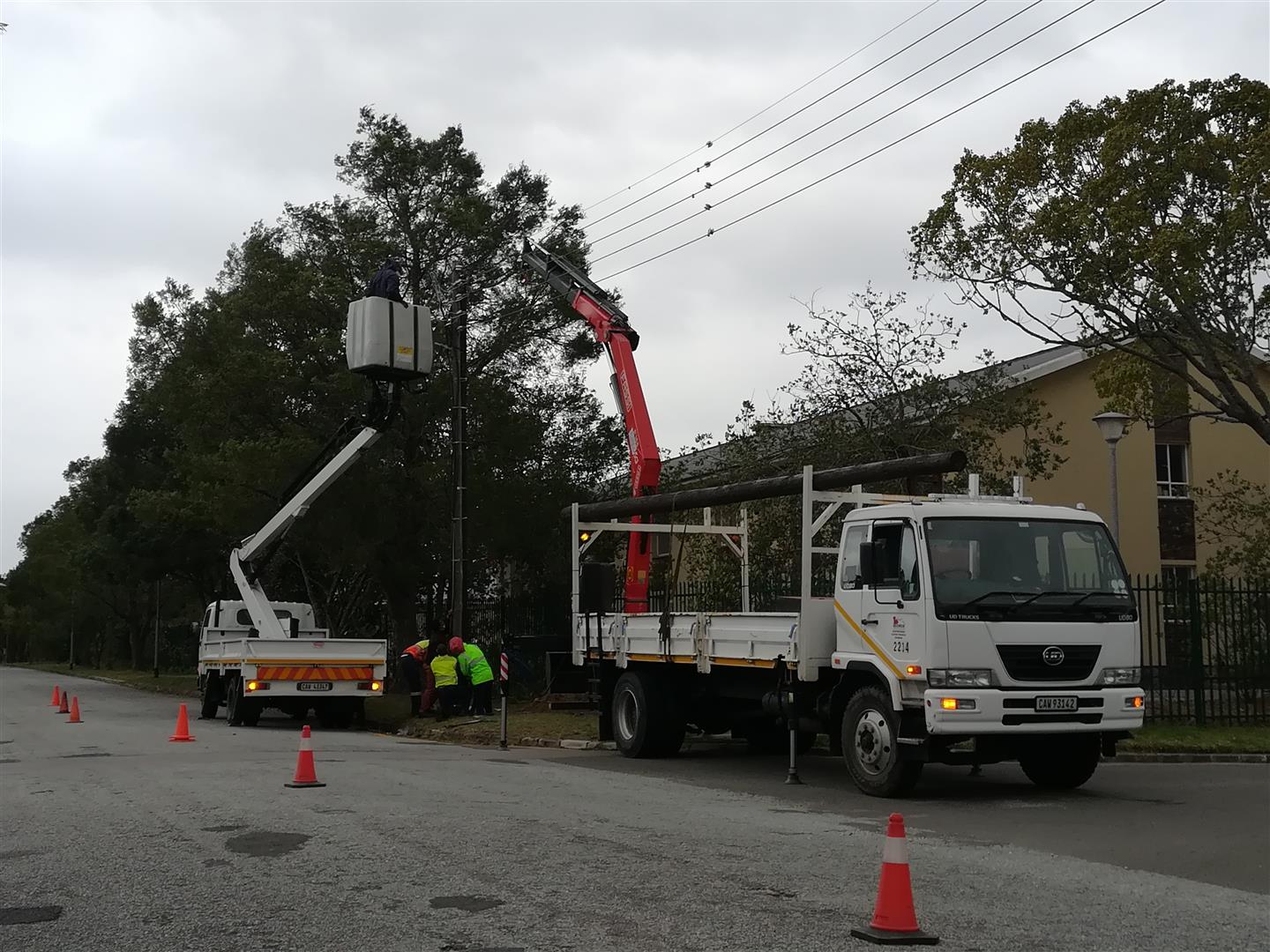 Municipal workers from the electro technical department hard at work to restore power to Heatherlands on Saturday. Power was off for most of the day and restored late afternoon. Photo: Ilse Schoonraad

Fire and Rescue Services attended to 18 trees that had fallen in neighbourhoods in George and Wilderness, a formal house fire, an informal house fire and four grass fires.

The Department of Human Settlements provided plastic sheeting to 37 houses in informal settlements in Thembalethu and Conville to assist with weather protection, as well as sheeting for a house where the roof had blown off in Thembalethu. The department will also be assisting a family that had lost their house to a fire in Thembalethu at the weekend and who had temporarily moved in with family. 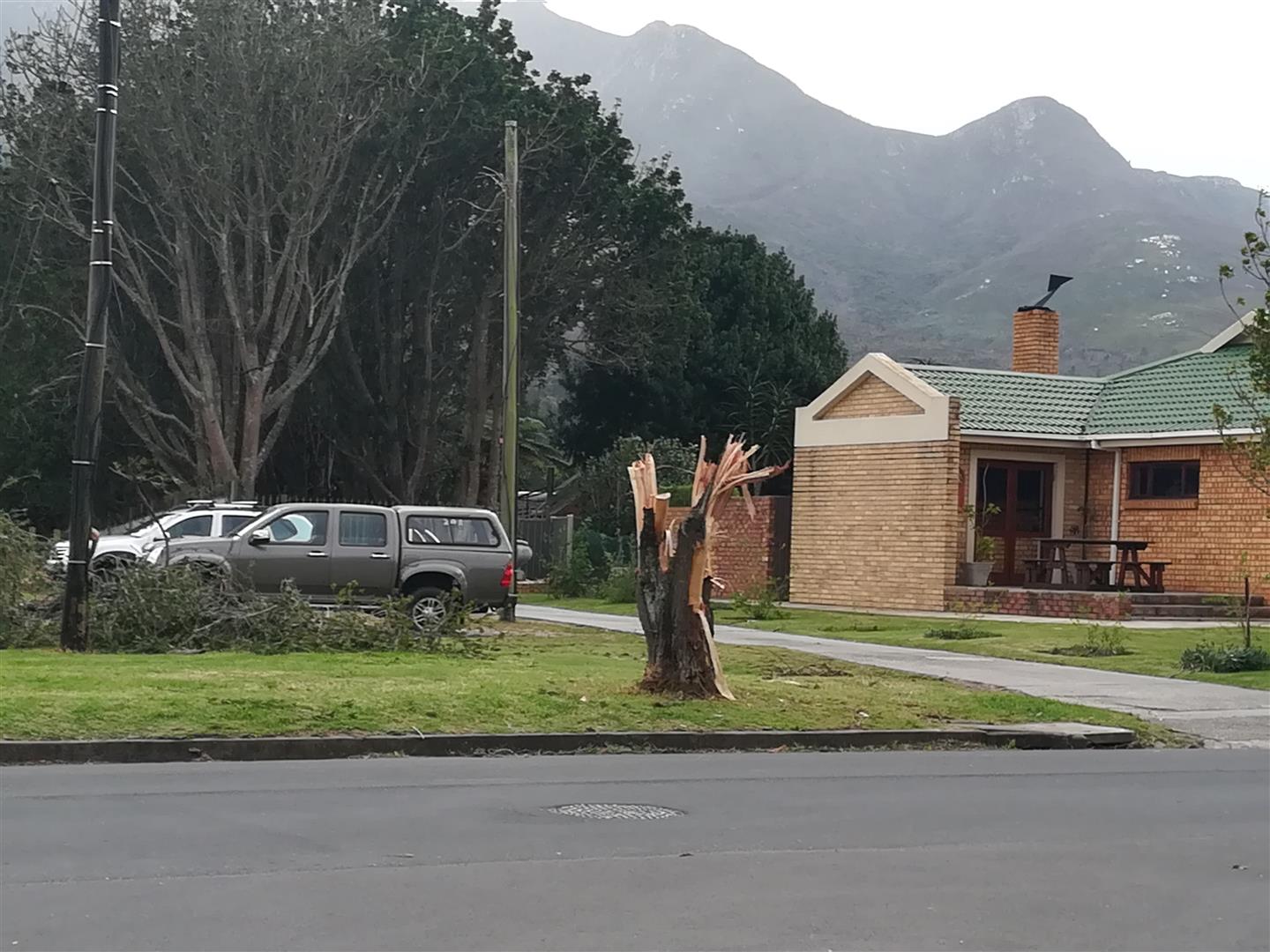 Only a stump remained of this tree in Plantation Road, Heatherlands.
Photo: Ilse Schoonraad 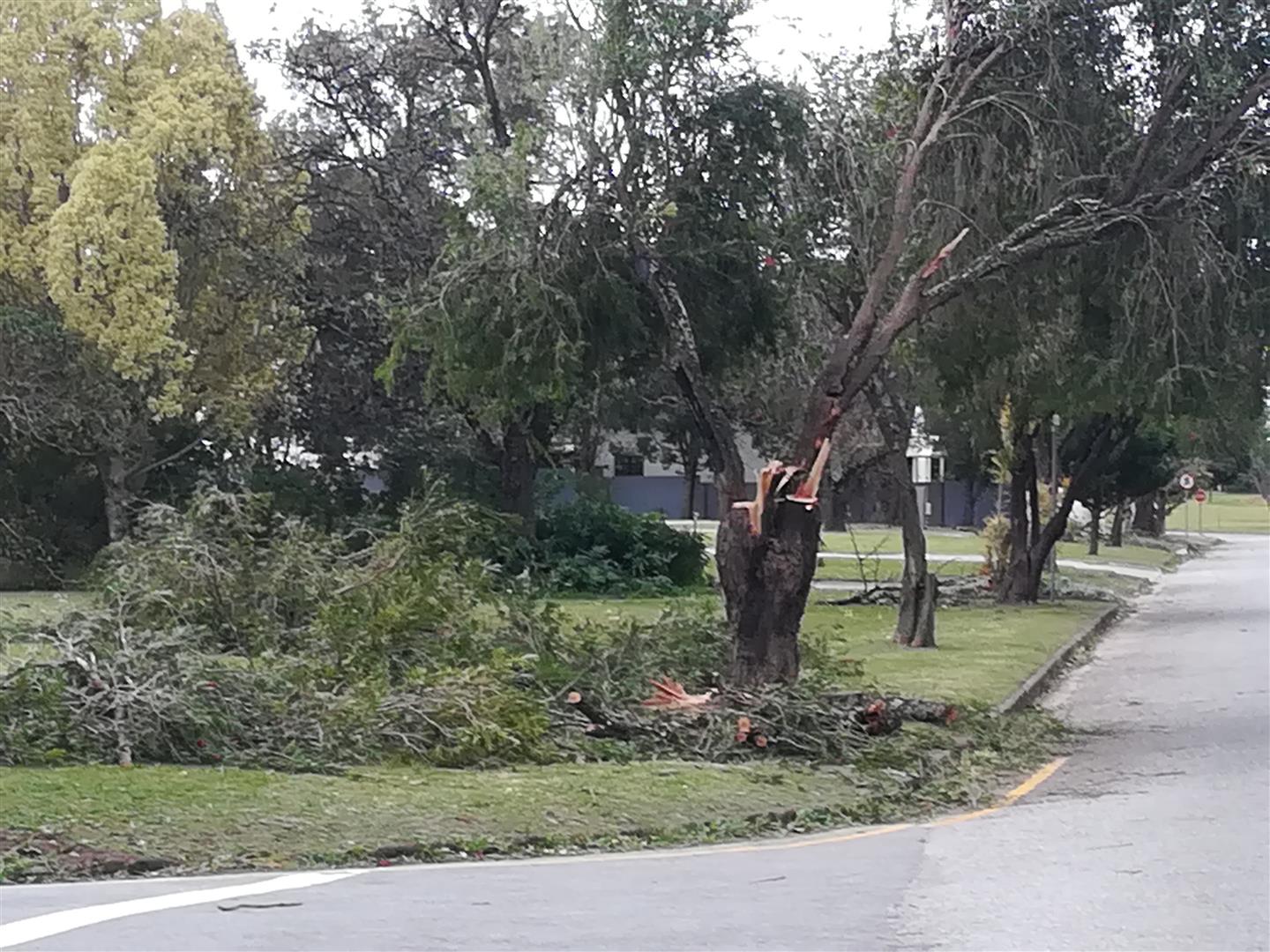 Another tree in Plantation Road worse for wear after the storm.
Photo: Ilse Schoonraad