Eden to Addo in aid of nature 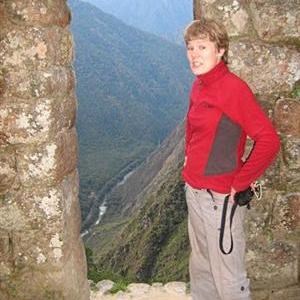 She is passionate about nature and sees it as an ideal opportunity to raise funds for the consolidation of the three mega reserves, the Garden Route National Park, the Baviaanskloof Mega-Reserve and the Addo Elephant National Park.

The hike is from 1 September until 22 September and starts in Knysna and ends in the Addo Nature Reserve. Adrienne, who is from Oudtshoorn, is an experienced hiker and has done well-known hikes such as the classical Inka Trail and the Fish River Canyon. She will be accompanied by 25 other hikers and several guides.

"I am originally from Pretoria, but have been living in Oudtshoorn since 2009. I am a pharmacist and work at the Oudtshoorn Provincial Hospital. Being young gives me a physical advantage, although I think the trail will be more taxing from a psychological point of view. The hardest part for me will be to hike with blisters, but the beauty will make me forget the rest."

The organisers of the hike are responsible for the logistics, which are guaranteed to be difficult, since they have to enter areas with no roads to transport the daily rations. "We sleep in tents and as it is a wilderness hike, there will be no toilets and we won't be able to shower. Our home will be nature, sharing it with the wildlife," explained Adrienne.

The money that is raised will be used to further the aims of the Eden to Addo campaigners, who believe that the aforementioned reserves should be linked, in order to retain the bio diversity in times of climate change. The importance of establishing natural corridors for humans, animals and plants to live in harmony is another stated aim. The re-establishment of the old elephant migratory paths which stretch over the region, and environmental education for primary school children to realise the importance of living with a positive attitude towards their environment - these are the ideals of the Eden to Addo Great Corridor Hike.

"We only carry a day pack weighing 12kg with necessities to survive a hike of between 12km and 35km, traversing mountain ranges, va-rious rivers and private grounds which were opened for the hike. Every hiker has to donate R20 000 through BackaBuddy. I hope to raise some more money."

Read more about: Eden to Addo in aid of nature