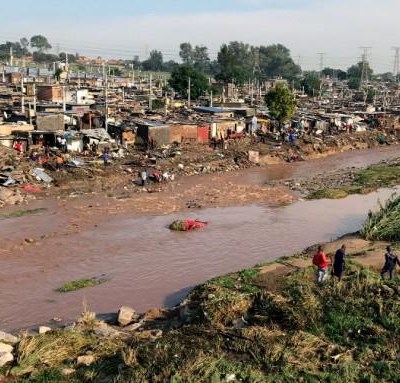 The Jukskei River.
NATIONAL NEWS - Gauteng police have confirmed DNA results have concluded that the body found on the banks of the Jukskei River in Buccleuch is that of three-year-old Evelyn Chauke.

The toddler was swept away during flash floods in Alexandra last month.

Police say her family is currently at the Gauteng mortuary in Hillbrow.

“It was confirmed that the child belongs to the Chauke family. So far the Chauke family are now at the government mortuary processing the issue of burial. We’re happy because at the end of day the family will be closing the chapter.”

Evelyn’s father has said he kept replaying the day the floods swept her away and still thinks about what he could have done to save her.