GEORGE NEWS - The investors who showed interest to inject R500 million into the upgrade and running of the Calitzdorp Spa have backed out. Garden Route Mayor Memory Booysen made this announcement during his address to Council on Tuesday.

According to Booysen, the investors walked away from the deal because of different vested interests and suspicions by the opposition parties, which had been investigated by the Western Cape government.

"When we dealt with the Calitzdorp issue, everybody was excited. It was a R500 million injection into the Garden Route. I am going to say it again, with tears in my eyes, R500-million is gone," said Booysen.

Booysen was investigated for two issues which raised some concerns from the opposition parties and the community: A paid trip to Indonesia, and a possible 50-year lease agreement for the Calitzdorp Spa and De Hoek resorts in Kannaland and Oudtshoorn, to the same company that sponsored the trip.

A forensic team of the Western Cape Department of Local Government paid a visit to Booysen's office in July.

Booysen said the investigations are done and no maladministration has been found. He said a recent letter from MEC for Local Government, Anton Bredell, stated that the issue will be dealt with in front of all the councillors.

Booysen said the "bombshell of investigations" scared the potential investors away.

"At times I feel like screaming, as the mayor, when you talk about investment, job creation and empowerment. All along, in dealing with all our properties, this is exactly what I believed we were embarking on. With the reports that I gave here in Council, I thought we were all marching in the same direction."

Booysen's detailed answers to the opposition's reply on his address were halted midway.

Opposition councillors objected, saying the item is not on the meeting's agenda and they will thus not be able to debate the matter further.

Booysen earlier explained that the reason for the exclusion of the item is because additional information regarding other properties in Mossel Bay will surface later in the week and he wants to deal with all the properties in general. ANC's Claudia Lichaba said a clear policy is needed regarding the distribution of property before engaging with investors. Photos: Michelle Pienaar

Regional landfill site
The service-level agreement of IX Engineers' public private partnership with the Garden Route District Municipality for the establishment of the regional waste management facility, has been postponed from 30 September 2019 to 29 February 2020.

This is due to unforeseen delays in administrative processes. IX Engineers' request for an additional R287 500 to cover their expenses (due to the delay) has been approved by Council.

In reference to the landfill site, Booysen announced that there are still some issues that need to be cleared with Mossel Bay and George Municipalities before they can move forward.

Virgill Gericke of the PBI said he hopes these issues will be ironed out speedily, since the site is much needed. 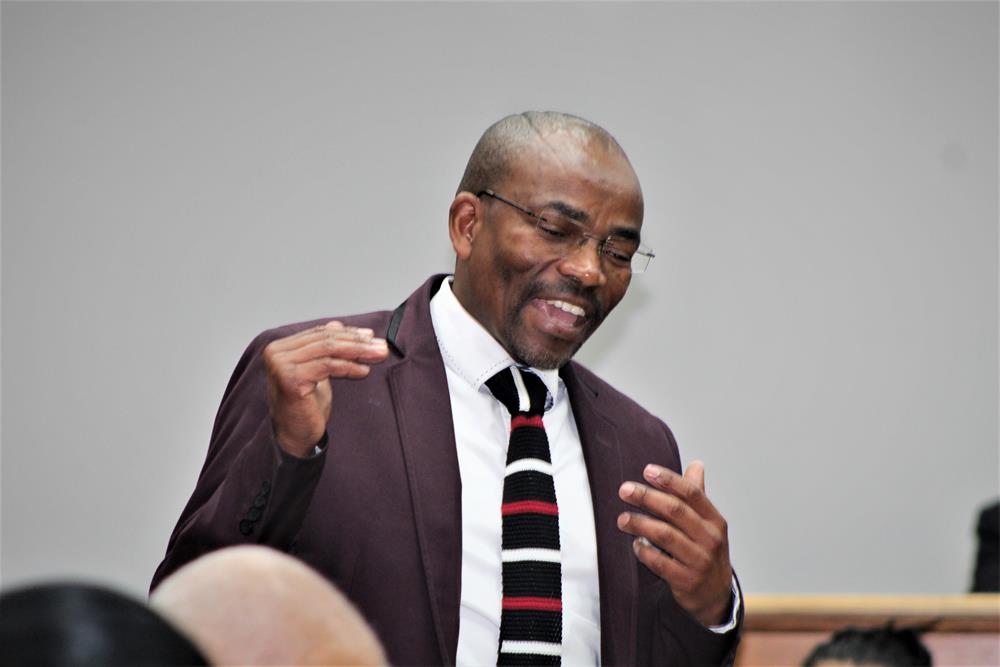