GEORGE NEWS AND VIDEO - Bitterness and hurt. These are the emotions of the family of a seven-year-old boy from Thembalethu in George, Ahlumile Tshaka, who lost his life two weeks ago when the wall of a half-built RDP house collapsed and crushed his skull.

Ahlumile and his friends were playing on the building premises on 23 September, less than 100m from his parents' house in Asazani (Ward 21), when the incident took place.

Ahlumile was a Grade 2 learner at Mzoxolo Primary in Lawaaikamp. His funeral was held last weekend at the Zion Christian Church in Thembalethu and attended by family, friends and Zionists from across the province.

The half-built house, along with seven others, was demolished last Friday, 2 October. The original contractor was appointed by George Municipality in April 2019, to build 33 units as part of the Thembalethu project.

The contract was terminated in December 2019 due to poor performance. 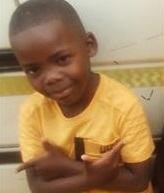 According to Western Cape Minister of Human Settlements Tertuis Simmers, the contractor failed to demolish the eight half-built structures as instructed by the municipality.

The project was taken over by Province and a new contractor was appointed on 1 September to complete the project.

"Following the unfortunate incident, the newly appointed contractor was instructed to demolish the structures and a demolition plan was approved," said Simmers. The half-built house, along with seven others, was demolished last Friday.

Ahlumile's family and community leaders are outraged, saying the housing project was abandoned by authorities and the tragic incident could have been prevented if they had acted sooner.

Ahlumile's grandfather, Ntsikelelo Mqhokrwana, wants to pursue legal action. "Something bad first has to happen before they use their heads," said Mqhokrwana. "When they [the municipality] said they will cover Ahlumile's funeral costs, I was content to let the issue go. However, they failed us, and now it is going to cost them a lot more."

According to ANC Chief Whip Nomawethu Jantjies-Gushman and the ward councillor, Ntombi James, initial conversations with senior officials indicated that the funeral's costs would be covered by George Municipality. This, however, did not happen. Jantjies-Gushman said she was informed by Mayor Leon van Wyk that the municipality cannot get involved, because it would open them up for a lawsuit, as it will be an admission of guilt.

Van Wyk said he was informed about Ahlumile's tragic death by Human Settlements Director Charles Lubbe. He extended his sympathies to the family on the sad loss of their young son. "The circumstances were also discussed. I also spoke to a number of ANC councillors in the days following and have personally made a contribution to funeral costs along with councillor colleagues," said Van Wyk.

Lubbe said the provision of housing is the mandate of the Western Cape Department Human Settlements and the municipality acts as an agent in this regard. He too sympathised with Ahlumile's family.