Extremely high temperatures on Sunday contributed significantly to the number of veld fires.

Extremely high temperatures on Sunday contributed significantly to the number of veld fires and emergency staff were also kept busy on the beaches.

An informal structure fire in Rosedale was called in at 11:55 on Sunday. The first fire truck left the station at 11:57 and arrived on the scene at 12:00 to find 9  structures alight.

The fire was quickly brought under control to avoid spreading.

In total, 5 fire vehicles responded with a total of 9 fire officials in attendance from George Fire Brigade as well as 2 fire trucks and 5 fire officials from Garden Route District Municipality.

Unfortunately, public unrest on the scene hampered the firefighting efforts several times and fire trucks were purposefully damaged. The fire was completely extinguished by 15:00.

Municipal Manager Trevor Botha commended the George Fire Services for their quick response to the Rosedale fire as well as the handling of a busy weekend of emergency callouts.

“It is an unfortunate fact that it takes less than two minutes for a single informal structure to be completely engulfed by flames, from a simple fallen candle or knocked over paraffin lamp. Within minutes the neighboring structures will be in serious jeopardy and for this reason I am extremely grateful we experienced no loss of life on Sunday.

"The municipal social services and land invasion unit were on the scene as quickly as possible and the fire victims were moved to the Rosedale Community Hall. They will be housed there until the Municipal Human Settlements Directorate has finished with temporary housing for them. “

Cllr Edmund Bussack, Ward Councillor of Ward 14 (Rosedale and surrounds) gave coffee, tea, milk and sugar to the families and other essentials to also assist the people.

Cllr Bussack thanked every sponsor and member of the public that has to date given clothes, food and other items to these families in dire need. 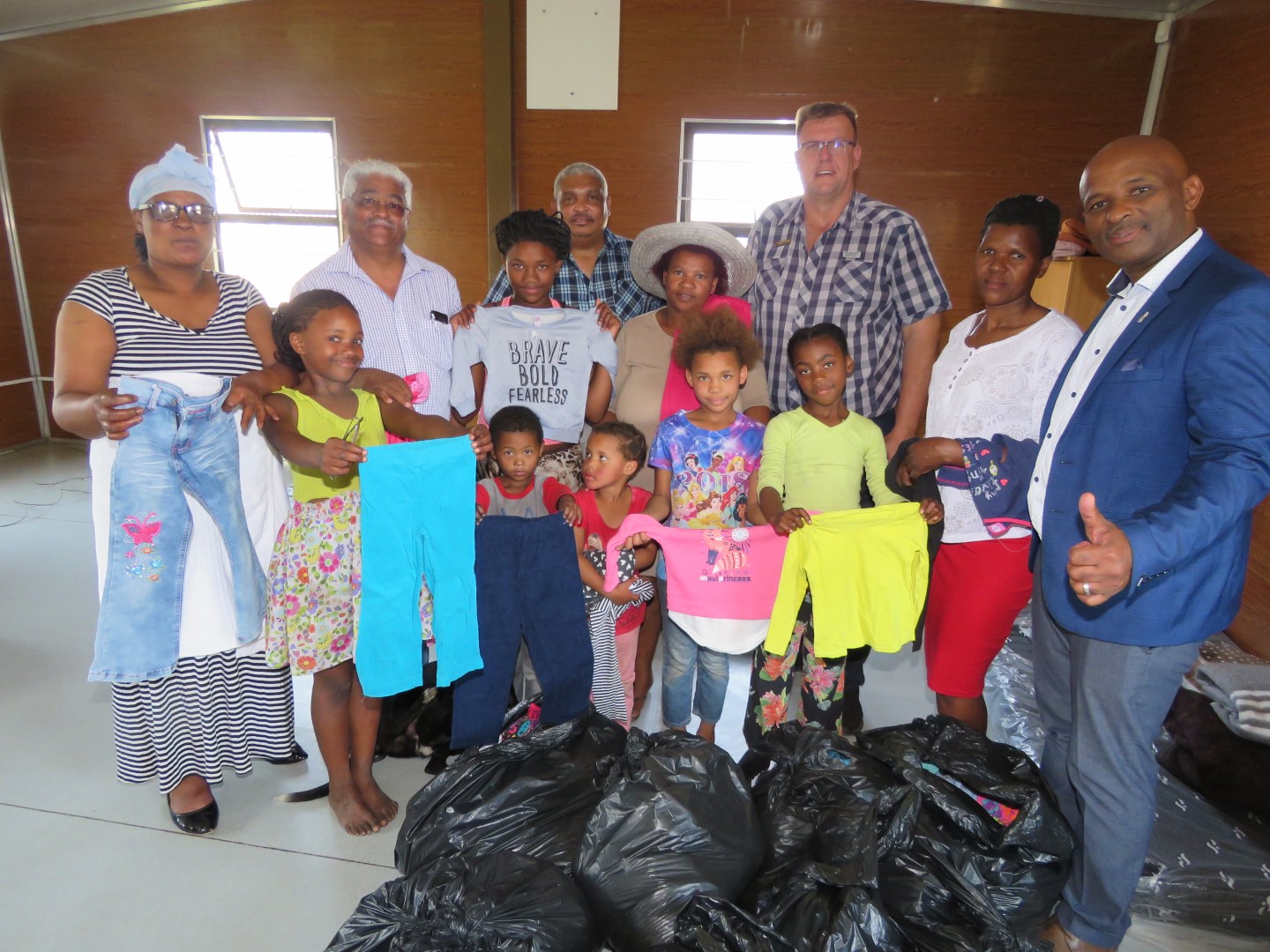