SCOCC, the organisers of the annual George Old Car Show, which attracts more than 12 0000 visitors each year, annually selects worthy institutions to receive donations to further their commendable work in the George community.

The South Cape Old Car Club believes that giving back to the community is love made visible.

The George Old Car Show chose Cansa as one of its beneficiaries during the 2020 event and took up the suggestion of the South Cape Veteran Tractor and Implement Club chairperson, André Barnard, to attract attention for the cause by a special display.

Sure enough, visitors stopped in their tracks when they saw the pink tractor on display, and gave freely toward the cause.

WESP Radiology is not only at the forefront of radiology with world-class technology and knowledge, it provides the region’s patients with the same high-level technology used in developed countries. WESP Radiology enlarged the impact of this awareness campaign by creating a pink hub, manned by the WESP personnel looking impressive in their pink corporate wear. 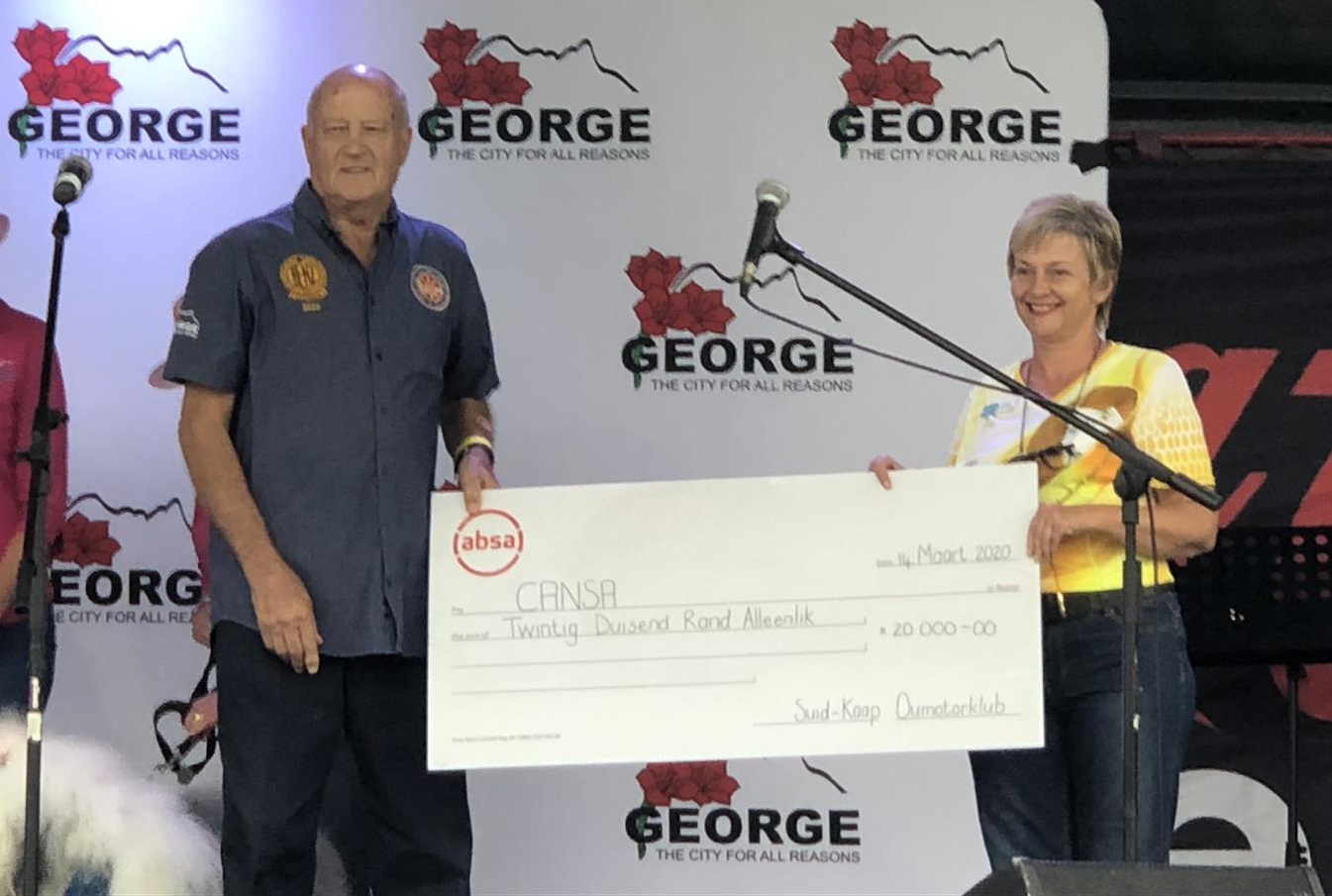 Chris van Staden of the Southern Cape Old Car Club hands over the cheque of R20 000 to Anina Meiring of Cansa Southern Cape.

Through the combined initiative of WESP and the George Old Car Show, an amount of R5 500 was raised. WESP Radiology topped this up to raise the total amount to R10 000.

The George Old Car Show, hosted by the South Cape Old Car Club, then donated a further R10 000 and a cheque for an astounding R20 000 was presented to Cansa during the 2020 Relay for Life.