Use your money wisely this festive period 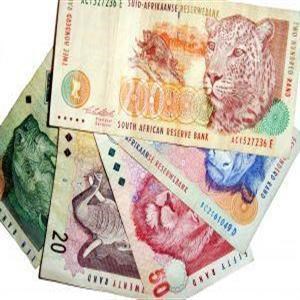 SOUTHERN CAPE BUSINESS NEWS - The best gift you could hand yourself and your family this festive season is to be vigilant and always cautious when coming across goods that could later see you unnecessarily falling into debt for months or even years.

This was the message from National Credit Regulator (NCR) Manager Rajeen Devpruth as the regulator launched its spend wisely campaign themed “Ungalahli” campaign for the Festive Season. The Ungalahli – a Zulu word either meaning don’t be careless or don’t be wasteful – is a campaign aimed at conscientising consumers to spend their money wisely instead of figuratively throwing it away on unnecessary items.

Devpruth says the first step to ensuring that you spend wisely this festive season is to draw up a festive budget which will guide you to spend responsibly during the December / January period. “You must start by formulating the festive budget now and only concentrate your budget items on your income, debt and daily living expenses if you have not received your bonus. However, if you have already received your bonus, you need to include it in the budget. Over and above your daily living expenses and debt, you need to state clearly what is available for gifts, travel and entertainment over the festive period.

By budgeting, you will be setting yourself and your family goals to help you spend your money on needs rather than expensive wants that could ultimately leave you out of pocket and be tempted to approach financial institutions for loans, says Devpruth. He suggests that it also helps to include school uniform and stationery in your December / January budget, as most consumers will only receive their salaries at the end of January 2012.

Devpruth’s wise words of wisdom come when figures from the Credit Bureau Monitor - June 2011 quarter show that credit bureaus held records of 18.84 million credit active consumers, an increase of 1.3% over the 18.60 million of the previous quarter.

The Credit Bureau Monitor further indicates that out of the 18.84 million credit active consumers, 53.3% consumers are in good standing and 46.7% have impaired records. Consumers with impaired records are consumers who are classified as three or more months in arrears, have an adverse listing, reflect a judgment or an administration order.

To avoid being part of the statistics of people who are drowning in debt, use your festive season pay cheque wisely, he says.

He advises that you must take some of your December salary and 13th cheque to pay off your debts prioritizing your home loan. “It is wise to do this because interest rates are low and you can reduce your interest burden for the future,” says Devpruth.

“Another good plan is to be proactive and to double-up on your regular payments such as mortgage or rent, lights and water. That way you would have given yourself some breathing space after the holiday season for New Year costs such as school fees and uniform”, added Devpruth.

Devpruth says people should continue leading normal lives during the festive season and try not to radically change spending patterns because this could be expensive and unsustainable in the long-run. “If you do borrow money, make sure you borrow only for what is strictly necessary, and ensure that you can afford the repayments,” he says.