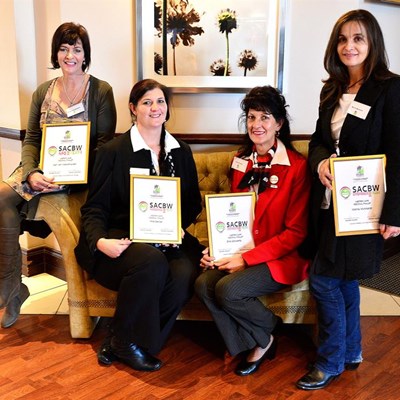 They are among the five finalists from the Western Cape who have made it to the finals to be held in Pretoria on 17 September.
They were named at the SACBW national seminar held at the Garden Court Hotel, Garden Route Casino in Mossel Bay on Wednesday 8 June, which was attended by high profile personalities.
Read more in Thursday's George Herald, and online.
'We bring you the latest George, Garden Route news'