Poultry prices have increased due to the exchange rate weakening just before the start of lockdown and new poultry import tariffs that were gazetted in March.

BUSINESS NEWS - It’s no secret that South Africans love their chicken, and poultry is one of the more affordable sources of animal protein – but enjoying a bucket of fried chicken is becoming costly.

Dr Sifiso Ntombela, chief agricultural economist at the National Agricultural Marketing Council, attributes the increase in prices to the exchange rate weakening just before the start of lockdown and new poultry import tariffs that were gazetted in March.

The tariff escalation limited the availability of cheaper imports in the country, says Ntombela.

This serves to protect the domestic poultry industry from the importation of cheaper poultry products from global competitors. However, local producers were hit by the exchange rate. As Ntombela points out: ” … the devaluation of the rand impacted the cost of inputs used in the chicken industry such as soya oilcake.”

Disruptions in domestic and global agri-food supply chains caused by Covid-19 regulations also limited the processing and distribution of chicken, which contributed to the price acceleration and threatened households’ ability to access the meat.

Lockdown dampened demand
According to Izaak Breitenbach, general manager of the Broiler Organisation at the SA Poultry Association (Sapa), the lockdown created an approximate reduction in demand for the meat of 18% under alert Level 5 and of 13% under Level 4. At present, it is down by 7%.

This is mainly due to restaurants being closed and consumers having fewer takeaway meals during this period.

Based on the graph below, in real terms, the prices of fresh and frozen chicken per kilo are materially down from before lockdown. 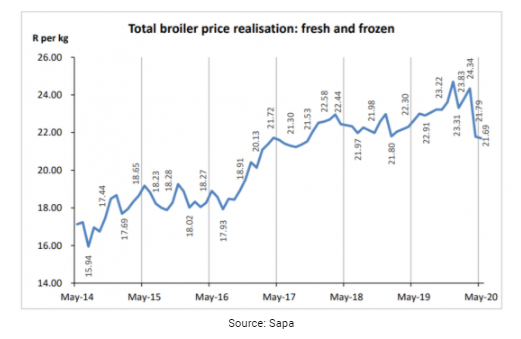 “The overall monthly price [as recorded] in May 2020 is the result of an insignificant decrease in the producer price of frozen chicken and a slightly larger drop in the price of fresh chicken,” Sapa says. 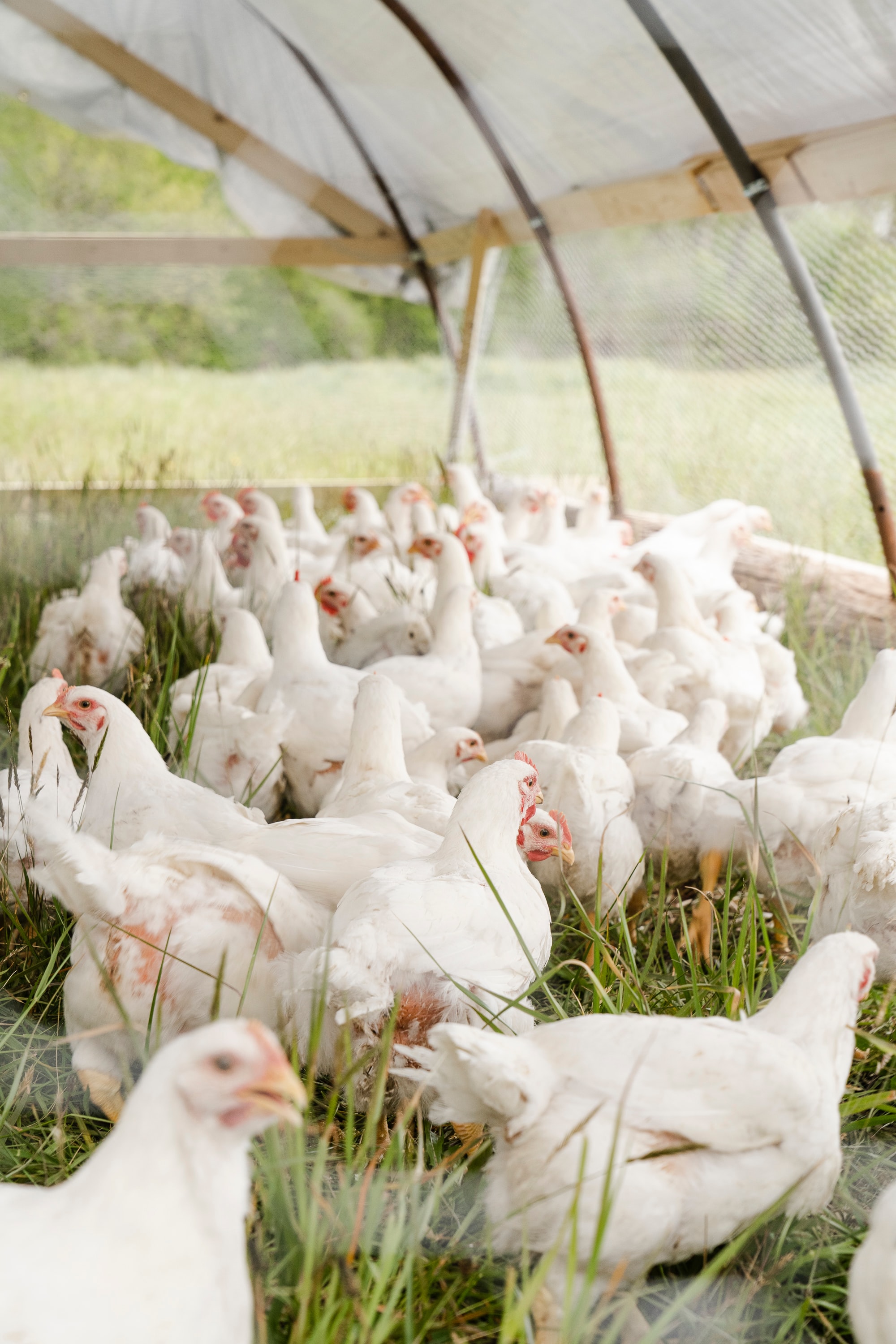 However, the decline that broiler producers saw in their costs was not evident in consumers’ wallets – the price of poultry continued to increase.

While prices have remained at relatively softer levels based on the May data for the broiler producer prices, the trend will most likely increase in the upcoming months, meaning that consumers in the near future will continue to pay higher prices for poultry.

There were increases in the prices of frozen and fresh poultry in the week of August 28, according to data producer Agricultural Market Trends (AMT), which can mainly be attributed to a higher month-end demand which caused lower carryover stocks.