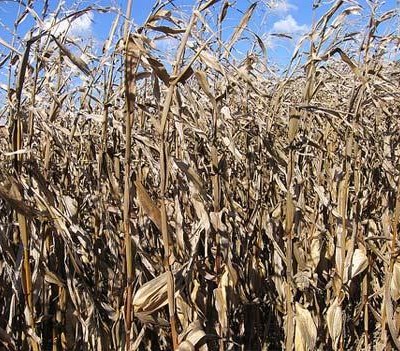 Generic image
AGRICULTURAL NEWS - The International Maize and Wheat Improvement Center (CIMMYT) and its partners have unveiled a new project - Stress Tolerant Maize for Africa (STMA) - to diminish devastating environmental effects in maize production that occur simultaneously across many regions in sub-Saharan Africa (SSA).
The new project will develop new improved varieties and hybrids with resistance and tolerance to drought, low soil fertility, heat, diseases such as Maize Lethal Necrosis (MLN) and pests affecting a large target of maize production areas in SSA.

“STMA will use modern breeding technologies that will confer the desired resistance to pests and diseases and tolerance to climatic stresses like drought and heat to benefit farmers within their socio-economic capabilities, that often dictate their access to important farm inputs like fertilizers and improved seed,” said Tsedeke Abate, project leader of STMA.

Over 35 million hectares of cultivated maize in SSA is rainfed. Climate change is heightening the intensity and frequency of drought in farmers’ fields.
At the same time, maize productivity is further reduced by low fertility soils prevalent in most parts of SSA, yet the majority of smallholder farmers cannot afford the recommended amounts of nitrogen fertilizers.
These, in addition to other stresses increase the risk of crop failure that negatively affects income, food security and nourishment of millions of smallholder farmers and their families.