You can adopt a Khumba character 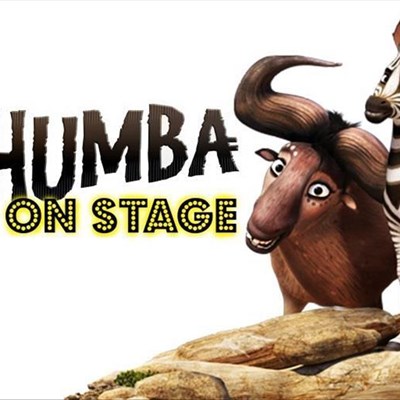 The Khumba characters are known and loved from the popular animation movie.

GEORGE NEWS - Khumba the stage play is coming to George. The George Arts Theatre has been given the rights to put on the first stage play version of Khumba, which is due to premier in December, produced by Carina Beukes.

The story is about Khumba, a zebra who is half-striped like a quagga and blamed for the lack of rain by the rest of his insular, abusive, superstitious herd, (except his dad, mom and Tombi). He embarks on a quest to earn his stripes.

The film was dedicated to the memory of the Quagga Breeding Project founder Reinhold Rau, who died on 11 February 2006. Rau was known for efforts to use selective breeding to recreate the extinct quagga, a close relative of the plains zebra.

World premiere"We have been given the rights by Triggerfish Animation Studio to use and perform the story, characters, soundtrack, logo and images of Khumba royalty free at the theatre and other venues (should that happen)," said theatre manager Heather Stead.

"This is an amazing honour and we are incredibly excited to put on this world premiere in George. We have been given the rights to rewrite the story to suit the stage production in English and Afrikaans and the George Society of Arts production team has written the scripts.

The show was conceptualised by Carina Beukes, who has brought to the George Arts Theatre stage the very popular and creative Still Wishing Upon a Star shows (based on fairy tale characters) as well as The Witches by Roahl Dahl (with Pat Savage).

She is also part of the production team that created the Afrikaans Children's Entertainment Group Klikkerland, which is broadcast on kykNET and was nominated for a Ghoema award in 2017."

Carina will be assisted by co-directors Bronwyn Stammer, Madie Calitz and Heather Stead, all three of whom have directed shows at the Arts Theatre.

"We look forward to Khumba the stage play in December 2017 and early 2018, and the Afrikaans version hopefully by April," said Stead.

Sponsors neededSponsors are needed as the George Arts Society is a non-profit public benefit organisation.

To help fund the production of Khumba, the local business sector and the public are asked to get involved by "adopting" one of the Khumba animals or sponsoring a special effect or part of the set that is used in the production.

Their adopted animal will come for a visit before the production and the information and logo of their adoptive parent company will be on social media and on the programme.

The adoptees and sponsors will also receive tickets to the African themed gala evening which will start the run of the production.

The producer, Carina Beukes, can be contacted on 082 970 0964 for more information, including the list of animal characters available for adoption.