Who is cock of the walk now? Julien Fournie hailed witches as trailblazing feminists in his Paris haute couture show.

ENTERTAINMENT NEWS - French designer Julien Fournie hailed witches as proto-feminist trailblazers who sent shivers through the patriarchy as he staged his Paris haute couture show in a church on Tuesday.

The flamboyant couturier who believes that women should learn to love their curves, and knows how to make the best of them, sent out a run of models of all ages and shapes in corsets, killer heels and hip-hugging skirts.

Calling his collection "First Spell", he said he took his inspiration from witches who "knew how to control their destiny".

Women "can be beautiful at any age", he told AFP.

"Men have always wanted to strangle women's destiny and emancipation. We can no longer accept that," he added, railing against the recent passing of restrictive abortion laws by some states in the US.

"Haute couture and magic share a taste for accumulated experience and tricks of the trade. Official education often does not appreciate this kind of knowledge," said the designer, who studied anatomy and trained as a doctor before finding his true passion in fashion. 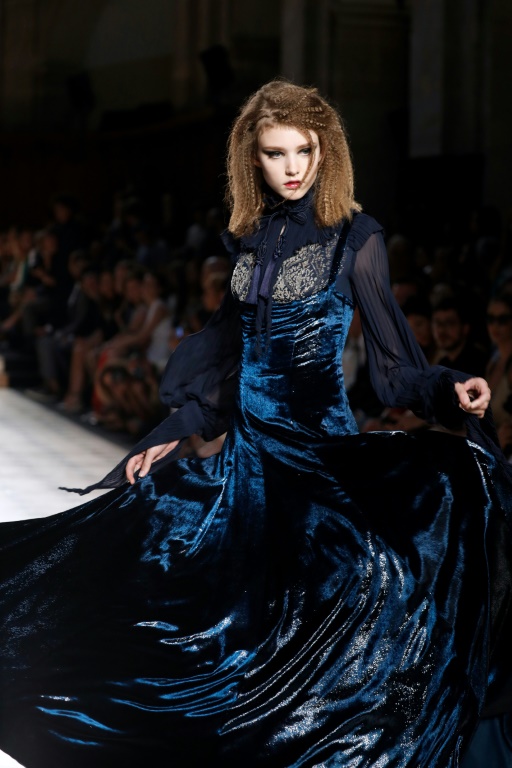 Fournie transformed a Protestant church in a chic street in central Paris into a catwalk, with fashionistas huddled on wooden pews.

They watched a mix of striking silhouettes and gothic noir, padded-shouldered military jackets paraded alongside billowing Edwardian skirts, with Fournie encouraging his models to flounce, twirl and show their personalities to the cameras.

As the spectacle drew to a close, paper snowflakes appeared to fall from the heavens as the designer emerged from backstage to dance with a woman in a corseted wedding dress.

"We're living in a time of truth, of freedom, of 'Expose your pig'," he declared, slapping the wall for emphasis.

The #Balancetonporc (Call out your pig) social media campaign, dubbed "France's #MeToo", has touched a nerve in a country that has long been seen as too soft on sexual harassment. 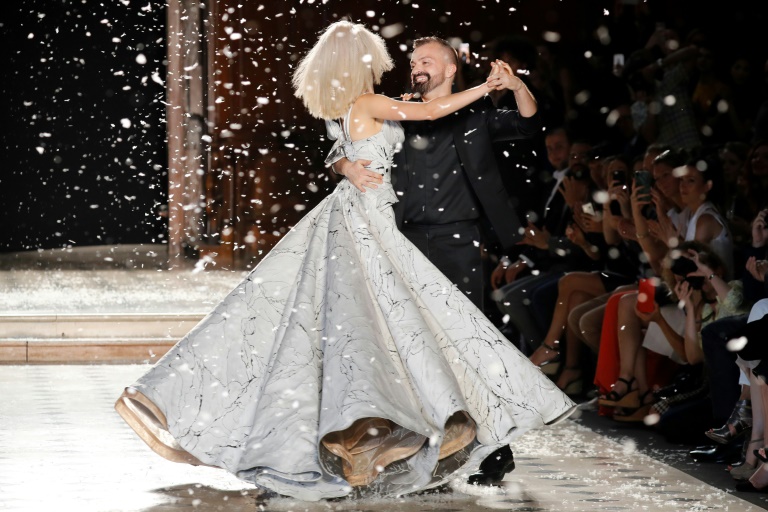 Wedding bell: French fashion designer Julien Fournie dances with a model wearing a wedding dress at his Paris haute couture show.Fournie is one of the elite band of haute couture designers who are allowed to show their handmade creations in the French capital.

He served his time at iconic French houses including Dior, Givenchy and Nina Ricci before launching his eponymous label in 2009.

Haute couture shows only happen in Paris, with some of the world's richest women paying thousands to be dressed by the little more than a dozen designers who are allowed to use the label under French law.

"You don't come to me just to buy a dress, you come to buy your own style," Fournie said of haute couture.