ENTERTAINMENT NEWS - Actress Thuli Phongolo has made it clear that she does not know Duduzane Zuma personally nor has she met him.

Earlier, during an interview with popular podcasting and YouTube channel Podcast and Chill with Mac G, Zuma said that he had no relationship Phongolo, also saying had never met her.

“She’s a beautiful young lady, I have only heard of her now. She’s doing her thing and all the best with whatever she is doing but I don’t know her, let’s just start there. Point number two, I’ve never met her. The third and obvious point is that I’ll categorically deny it,” he said.

Phongolo also denied the dating rumours and said it could possibly ruin her brand, when asked by a fan if she was dating Zuma. “I don’t know him,” she said simply.

With the two denying the rumours, Zuma said the story did catch him off guard as people close to him were sending screenshots of stories about the rumoured relationship.

The businessman has been married to Shanice Stork since 2015 and the couple has one child together.

After a deep dive into the social media streets, we found that the rumour started on entertainment Instagram page The Popcorn Room.

During her recent trip to Dubai in October, around the same time that Zuma was in the city, a few people thought Thuli’s rumoured new man could be Zuma. The Popcorn Room was a little spicy in their post on their Instagram stories. Doing their own sleuthing, a cropped picture of Thuli with a man in a white shirt was rumoured to be Zuma.

However, the man in the white t-shirt has no tattoos, while Zuma has plenty. 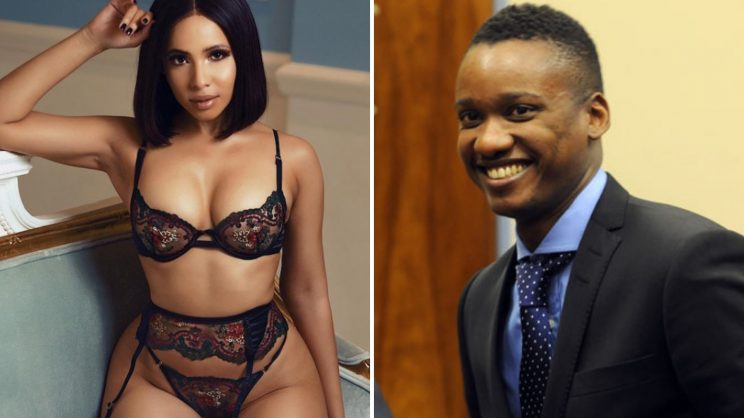