Up The Creek: Jack Parrow & The Happy Boys Minstrels collaborate 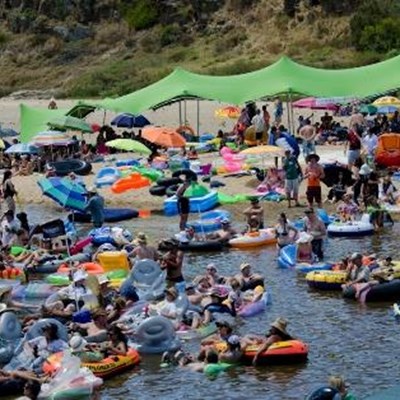 At a previous Up The Creek music festival.
ENTERTAINMENT NEWS - Jägermeister Presents Up The Creek 2017 will see South African rapper Jack Parow and The Happy Boys Minstrels collaborate to form a full-length set with a rich lyrical and instrumental combination of both their genres.
Their performance will take place at the festival's Main Stage on Saturday 28 January at 22.00.
For over 100 years the Minstrels have brought life and music to the streets of Cape Town, making it one of the city’s most important cultural traditions.
This unique collaboration incarnates Jägermeister’s DNA of tradition meeting modernity. Musical and performance direction, producing and recording were done at Soft Light City Studios in Cape Town, by musical mastermind Johnny de Ridder.
The studio’s accolades include three SAMAs, three MK Awards and a Loerie, among others. Soft Light City Studios have already recorded a reworking of Jack Parow and Gazelle’s track, Hosh Tokolosh, and this will be released with an official music video in 2017.