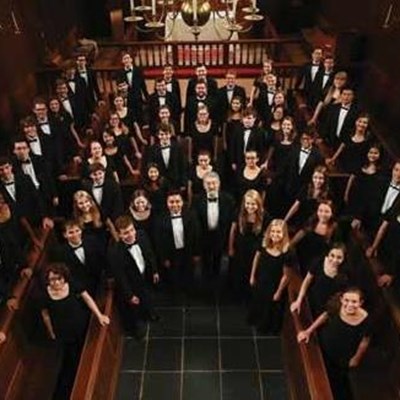 The Choir of the College of William and Mary from the USA will be one of two star attractions performing in the St Mark's Catherdral on Thursday 25 May.
GEORGE NEWS - Choral connoisseurs in George will be delighted to experience two world-renowned choirs from the College of William and Mary (the second-oldest university in the USA) at a joint concert in the St Mark's Cathedral, York Street, on Thursday 25 May at 19:00.
This unique concert, hosted by Jan-Erik Swart, director of the South Cape Children's Choir, features The William and Mary University Choir, directed by James Armstrong, and the Botetourt Chamber Singers, directed by Jamie Bartlett, who are currently on tour in South Africa.
The choirs, both considered exceptional by international critics, will present a programme of varied choral genres, including, amongst others, Der Geist hilft unsrer Schwachheit auf (BWV 226) (1729) by Johann Sebastian Bach (1685-1750), Quam Pulchra es by Pierluigi da Palestrina (1525-1594), several South African works, and a wide range of well-known Negro Spirituals and American folk songs, of which Shanandoah is a highlight. The US choir is an auditioned undergraduate ensemble of sixty members who major in a wide range of academic disciplines.
The choir makes between thirty and forty appearances during the year, performing at most of the formal events of the College. On campus, the principal appearances of the choir are the Winter and Spring Concerts. In addition, every third year the choir performs a major choral work with orchestra and soloists.
In recent years the choir has performed Carl Orff's Carmina Burana, the Johannes Passion of J. S. Bach, Haydn's Die Schöpfung and Missa in Angustiis (Lord Nelson Mass) and Duruflé's Requiem, but they also champion new music.
Salve Regina by the Estonia composer Piret Rips-Laul was commissioned for the William and Mary Choir and the Botetourt Chamber Singers by Classical Movements, Inc. as part of the Eric Daniel Helms New Music Project expressly for their international tour to the Baltic states and Finland in the summer of 2014.
Under the same aegis Mokale Koapeng has composed Wings of Peace and Love: Reflections on Bheki Mseleku (2017) for their tour to South Africa. Tickets are R60 per person and R30 for pensioners and scholars, and available from the Cathedral office or at the door.
Tickets can also be booked by SMS to 084 6459320. Include surname, number of tickets and whether they are R60 or R30.
'We bring you the latest George, Garden Route news'