This week @ the movies 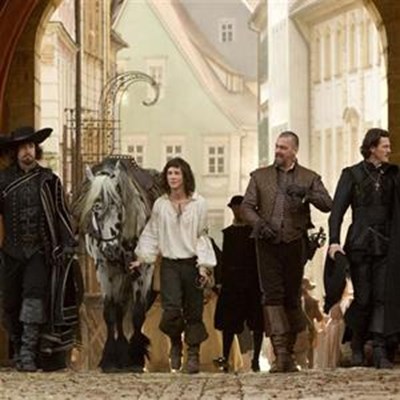 The three Musketeers and their young apprentice undertake their most dangerous mission ever to bring down the cardinal and restore peace to England and France before it is too late.
GEORGE NEWS -
JOHNNY ENGLISH REBORN
This sequel to a British comedy favourite details how, in the years since MI-7's top spy vanished off the grid, he has been honing his unique skills in a remote region of Asia.

But when his agency superiors learn of an attempt against the Chinese premier's life, they must hunt down their highly unorthodox agent. Now that the world needs him once again, Johnny English (Rowan Atkinson) is back in action.


THE THREE MUSKETEERS (3D)
The Three Musketeers ride yet again in this fast-paced Paul W.S. Anderson (Alien vs Predator, Resident Evil) update of a perennial cinema favourite taken from the novel by Alexandre Dumas.

When hot-headed young foot-soldier D’Artagnan arrives in Paris with dreams of becoming a famed musketeer like his idols Athos (Matthew MacFadyen), Aramis (Luke Evans) and Porthos (Ray Stevenson), he is dismayed to find them shadows of their former selves, forced to perform menial labour after being double-crossed in a botched robbery by their beautiful partner in crime, Milady (Milla Jovovich) and ultra-cool Englishman, Buckingham (Orlando Bloom).

However, when the conniving Richelieu hatches a deadly plot to overthrow the young King Louis (Freddie Fox), it endangers the tentative peace that exists between France and England.