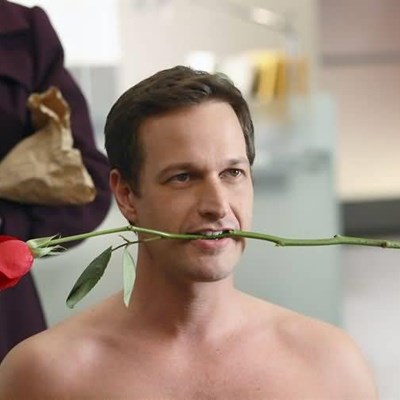 Josh Charles from 'The Good Wife'
INTERNATIONAL NEWS - Before the Emmy nominations were announced on Thursday, television academy CEO Bruce Rosenblum noted an embarrassment of riches. He said there were more Emmy-worthy series and movies produced by the industry than ever before.

That's great for viewers, not so great for creators who look to the Emmys each year for validation. The stronger the material, the more memorable performances, the greater the chance that someone who expected to compete for a trophy will be snubbed.

Broadcast network executives are no doubt feeling steamed on Thursday, particularly those in charge of developing dramas.
The prestigious best drama category has some heavyweights, including the final season of "Breaking Bad" and PBS' "Downtown Abbey."

But nothing from the commercial broadcasters made the cut, including CBS' well-regarded "The Good Wife" and ABC's "Scandal," which had a breakout season. NBC's "The Blacklist" got no love from the academy, despite being a major freshman year success.

At least Julianna Margulies and Josh Charles of "The Good Wife" earned acting nominations, although Charles had to go to extremes - his character, Will Gardner, was surprisingly shot and killed this season. Kerry Washington of "Scandal" was nominated for best actress.

No such luck for James Spader of "The Blacklist." Jeff Daniels' acting nomination for HBO's "The Newsroom" over Spader could be characterized as a mild surprise.

Nominations for HBO's "True Detective," along with their leading actors Woody Harrelson and Matthew McConaughey, are sure to lead to some grumbling in broadcast executive suites. That's not out of lack of respect for their performances. But since both actors performed in a close-ended story arc and won't be back, many in the industry thought "True Detective" should be considered a miniseries instead of a drama series.

A cable TV home didn't make some creators or actors immune from snubs, however. "The Walking Dead" is television's most popular drama among young people - by a wide margin - but it was shut out of major awards, too.
"Homeland" was once a major Emmy darling, but its slip in critical evaluations has put it on a second rung. Star Claire Danes earned an acting nomination, though.

Last winter, Fox's "Brooklyn Nine-Nine" was the surprise of the Golden Globes, winning best comedy as its star, Andy Samberg, won best comedy acting honors. The reception was much colder with the Emmys: neither the show nor Samberg were even nominated. HBO's "Veep" and "Silicon" earned nominations.

Maybe it doesn't really matter. ABC's "Modern Family" was nominated, and it has won four years in a row.

Six late-night shows were nominated for best variety series, but in a sign of changing times, neither Jay Leno nor David Letterman's programs were among them. Leno's successor, Jimmy Fallon, was nominated, but there was no goodbye wave for Jay from the television academy.

Letterman will have to wait until next year to see how his exit is treated.