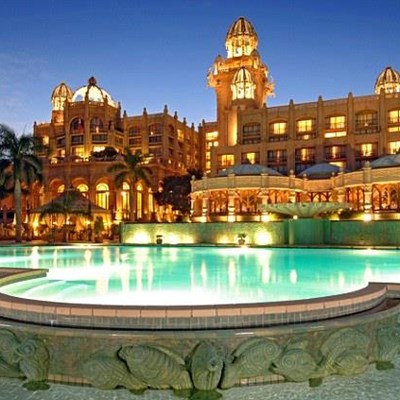 Sun City.
ENTERTAINMENT NEWS - The 23rd South African Music Awards (SAMAs) will be held at the Sun City Superbowl on May 26.

Hloni Modise, organiser of the 2017 SAMAs, on Tuesday said: “The music industry and revellers will see the newly-revamped facilities and the modern amenities this world-class establishment has to offer.

“The luxury resort in the North West province is the official home for SAMA 23, having hosted 14 of the 22 previous ceremonies since its launch in 1994.”

Nhlanhla Sibisi, CEO of the Recording Industry of South Africa (RISA), who are the organisers of the awards, said: “It is such a delight to be returning to Sun City. The convenience it brings during a weekend of celebration makes it the ideal location for us.

“We invite local music lovers to join the industry as it makes its trip to Sun City later in the year for a party fit for our country and the continent’s finest musicians.”

With the number of music lovers that the awards attract, the Bokone Bophirima province is sure to be abuzz with entertainment and loads of activities in and around Sun City. The SAMAs was hosted at the Durban ICC last year while Sun City underwent a massive multi-million rand revamp.