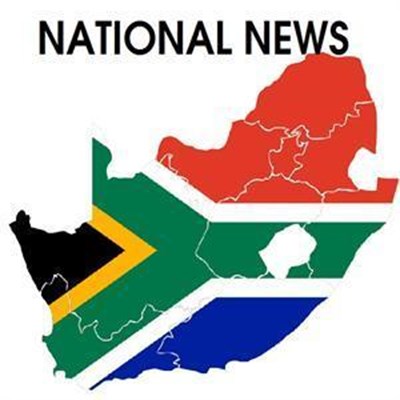 NATIONAL NEWS - The romantic comedy, ‘Fanie Fourie's Lobola', continues to perform well in cinemas across the country. The film's takings increased by 5% from weekend 3 to weekend 4 and it is still in the South African Weekly Top 10. ‘Fanie Fourie's Lobola' stars Eduan van Jaarsveldt as the awkward yet affable Fanie Fourie, and Zethu Dlomo as the smart, independent Dinky Magubane. Inspired by Nape à Motana's book of the same name, the film deals with the subject of cross-cultural relationships with humour, candour and some hard-hitting social commentary.

“We always felt that the film's wonderfully funny mix of cultural differences and family politics would connect with audiences,” says producer Lance Samuels. Producer Kweku Mandela adds “Whether you are watching the film in America, where we won the Audience Choice Award for best Comedy Feature at Sedona, or with a regular cinema audience in South Africa, people laugh throughout the film because the humour is honest and not afraid to tackle thorny issues.”

Producer and co-writer, Janine Eser says, “It's amazing to see how the film has exploded in social networking over the past few weeks. This is the new ‘word of mouth' that is drving audiences to the cinema. Our most common comment about the film online is how it makes our audiences feel ‘proudly South African'.”

Fanie is an Afrikaans ‘oke', constantly teased about his ‘single status' by his brother Sarel (Chris Chameleon), a hugely popular singer. Dinky is an aspiring businesswoman with a mind of her own, whose traditionalist father Dumisane (Jerry Mofokeng) is pushing her to marry her player former boyfriend (Motlatsi Mafatshe). A chance meeting brings Fanie and Dinky together. Although their relationship begins as a bit of a joke to annoy their irritating families, they soon discover that they are bonded by a shared sense of humour and a desire for something more than their parents' expectations of them. When Fanie begins the process of negotiating lobola with Dumisane so that he can have Dinky's hand in marriage, all sorts of obstacles arise.

Directed by Henk Pretorius (‘Bakgat!', ‘Bakgat! 2'), and co-written by Pretorius and Janine Eser, ‘Fanie Fourie's Lobola' is produced by Out of Africa Entertainment, the production company behind ‘Schuks Tshabalala's Survival to 2010' and ‘The Bang Bang Club', and is being distributed by Indigenous Film Distribution.

Tune into the Bob Mobena show on Kaya FM every morning from Wednesday 27 March to Saturday 31st March to stand a chance of winning R10 000 in the “Cash or Cow” Competition courtesy of Out of Africa Entertainment and ‘Fanie Fourie's Lobola'. Answer the easy questions, go paste your cinema ticket on the Fanie Fourie Facebook page and you could be one of the lucky winners.