The flags of the 192 member states of the United Nations remade in jute sackcloth by Ibrahim Mahama of Ghana, at the Rockefeller Center in New York.

ENTERTAINMENT NEWS - New York's Rockefeller Center, famous for its ice rink and art deco buildings, was transformed Thursday into an art gallery housing 20 sculptures, some of them with a heavy political slant.

The exhibition was organized by the group Frieze and will remain up until the end of June. It is spread throughout the Rockefeller Center, which covers an area of three city blocks and was built in the 1930s in the very heart of Manhattan. It has featured artworks before, but never a full-on exhibition.

Curator Brett Littman said he had chosen artists from a variety of backgrounds, including Hispanic and African, and that he insisted on the inclusion of female artists - four of them in total.

Many of the artworks play off the vertical spaces of the urban architecture.

Although Littman said there was no overt theme, "one of the things that really comes through for me is that this is a fraught political time and many artists are thinking about that." 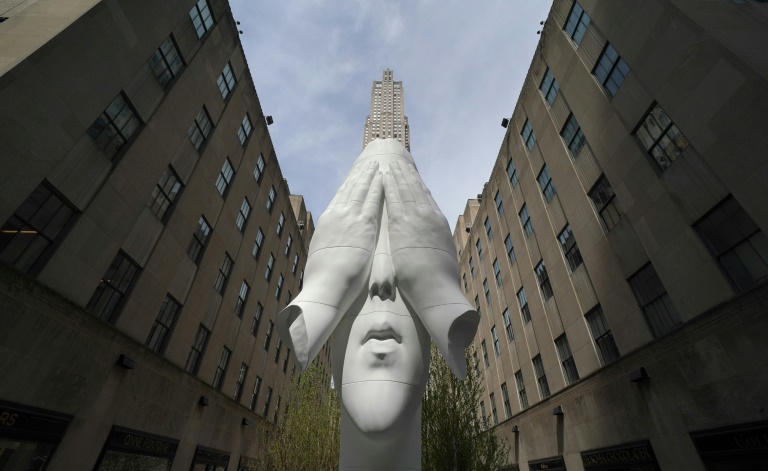 Artist Jaume Plensa’s "Behind the Walls" at Rockefeller Center on 5th Avenue in New York April 25, 2019

Two huge cut-out shapes are placed on either side of the entrance to the main building, one representing the sprinter Tommie Smith, famous for raising a clenched fist in a Black Power salute on the podium at the 1968 Olympic Games.

On the other side is Ruby Bridges who, at the age of six, became the first African American child to be admitted to a white elementary school in the segregated American South in 1960.

Paulo Nazareth, the Brazilian creator of the two sculptures, saw symbolism in the proximity of the Ruby Bridges statue to a toy shop on the ground floor of the center, which the little girl might well have been forbidden from entering in her own lifetime. 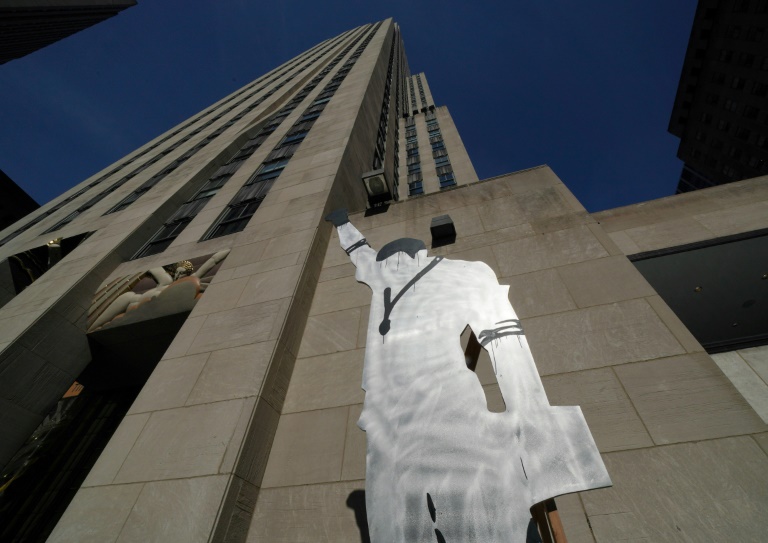 Artist Paulo Nazareth's "Dry Cut" on display at Rockefeller Center representing Olympic sprinter Tommie Smith giving a Black Power salute at the 1968 Olympic GamesAnother politically themed work is by Ghanaian artist Ibrahim Mahama, who replaced the 192 flags of the United Nations members states that normally line the ice skating rink with flags made of jute, a cheap material used as sacks in his homeland.

"This is about his critique of global capitalism, his idea of the spice trade, the slave trade, even immigration in Africa," said Littman.

"So it represents quite a few things and also it really changes the landscape," he said.