ENTERTAINMENT NEWS - Organizers have touted plans to go mostly vegan at this year's Oscars party but celebrities need not fear - there will still be plenty of caviar, smoked salmon and wagyu, the event's main chef assured Friday.

"We work with everything because a lot of people like vegan but still, the big majority eats meat and fish," said celebrity chef Wolfgang Puck who will be feeding Hollywood's elite after the Academy Awards on February 9.

The 70-year-old has catered the extravagant post-Oscars party - the Governors Ball - for 26 years, preparing thousands of dishes for the 1,500 guests, including the night's winners, who attend the bash.

He said the menu will be 70 percent plant-based this year, in line with what appears to be a trend this awards season. 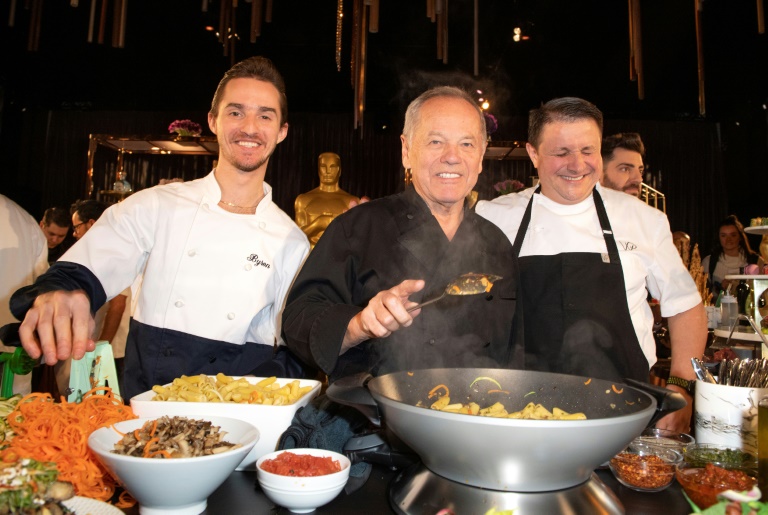 Wolfgang Puck (C) and his son Byron Puck (L) prepare a dish during the Governors Ball press preview in Hollywood on January 31.

Puck, who worked in some of France's top restaurants before relocating to the United States at age 24, said while he himself is not vegan, he still enjoys concocting vegan dishes at his many restaurants.

"We want everybody to be happy," he told AFP during a tour of his kitchen where he was prepping for the extravaganza.

"At the end of the day you can make vegan food taste really good and you won't miss meat or fish."

Puck - who heads an empire of restaurants stretching from Beverly Hills to Las Vegas and Singapore - said he had no trouble adapting this year's Oscars menu to the last-minute desire of organizers given he already serves vegan dishes at his establishments.

"It's easy because we have all the chefs from all our different restaurants and I can call them and ask 'what do you do for vegan?'" he said. 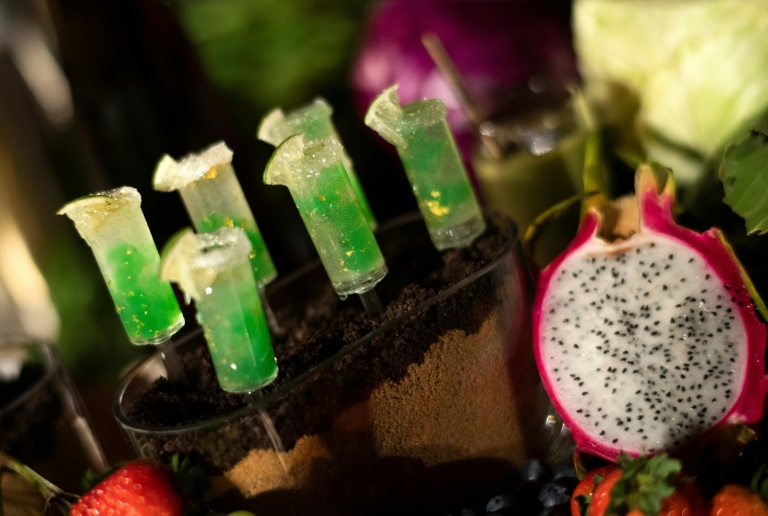 Margarita push-pops are displayed at the Governors Ball press preview in Hollywood on January 31.

He said this year's menu will feature some classics - including smoked salmon, wagyu beef and caviar - but that he also added 18 vegan dishes.

On the sweet side, most of the desserts will also be vegan, to the despair of some chefs who rely heavily on butter and eggs.

"We managed to overcome the difficulties of not working with these ingredients by using lots of almond and coconut milk," said Kamel Guechida, who heads a team of 25 pastry chefs preparing for the event. 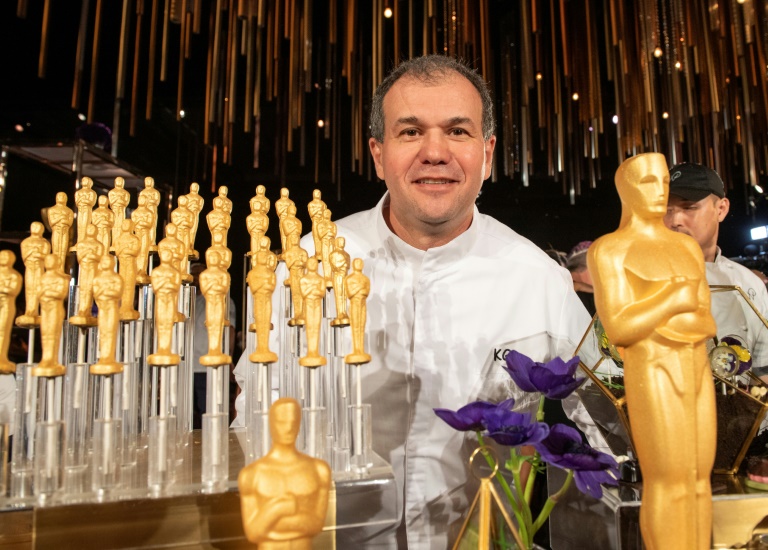 Let's not forget the 5,000 or so Oscar statuettes covered in 24 karat gold which will also be vegan thanks to chocolate maker Valrhona which supplied Puck with some 400 kilograms (880 pounds) of strawberry and yuzu-flavored chocolate.