ENTERTAINMENT NEWS - Fashion models wearing dresses made from nettles harvested at Prince Charles's country estate in southwest England took to the runway in one of this year's most unusual offerings as London Fashion Week came to an end on Tuesday.

The quirky eco-friendly attire stemmed from an unexpected collaboration between the heir to the British throne, who is passionate about ecology, and the sustainable fashion pioneers Vin + Omi.

The designer duo met the Prince of Wales last year and the conversation quickly turned to horticulture and its place in their fashion-focused research and development.

"We were looking at nettles, cow parsley and horseradish," Vin, the British half of the pair, told AFP ahead of their show.

"We discussed it with Prince Charles and he said: 'I've got a lot of nettles in Highgrove, why don't you come and get them?'," he added, referring to the royal's private residence in rural Gloucestershire.

And so began the unlikely union between two self-described "very punk" stylists and the upper echelons of Britain's royal family. 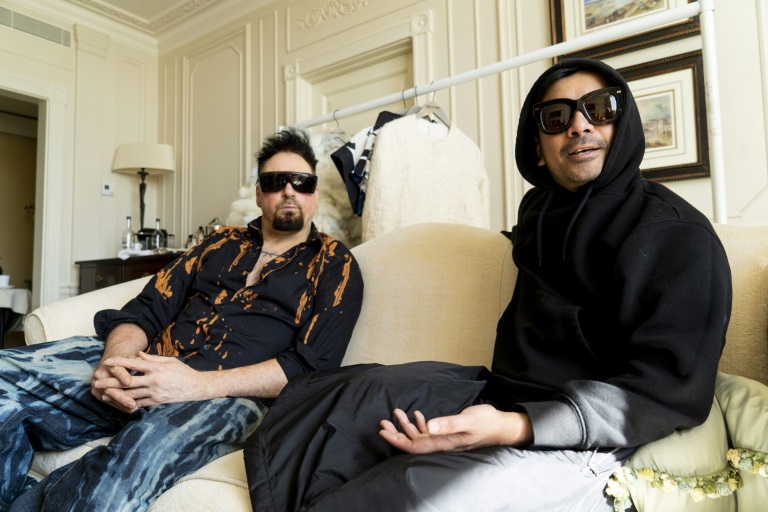 Fashion designers Vin + Omi have embarked upon an unexpected collaboration between Prince Charles, heir to the British throne, with their take on sustainable fashion.

"It is a very odd marriage," conceded Vin.

For Omi, who hails from Singapore, Prince Charles's green ethos was "mind-blowing".

"You wouldn't think that someone like the future king of England would (think) about that," he said, noting "proper conversations about (the) environment" clearly captivate him.

The fruits of this shared interest were unveiled Tuesday night at the Savoy Hotel in central London. 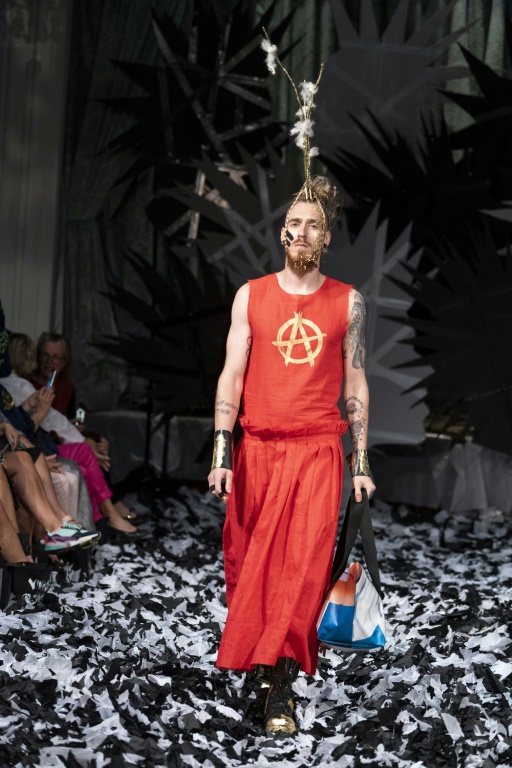 Anarchy in the London fashion show.

Among the creations hitting the catwalk: an elegant beige coat, resembling wool but in fact crafted from several thousand nettle plants, which would not look out of place on Prince Charles's wife Camilla.

The plants were collected and cleared of leaves by a team of students from Oxford Brookes University.

Vin + Omi have developed a technique to recover the fibres from each nettle stalk, which are then bleached with environmentally-friendly natural products.

They were historically the source of fabrics for "the landless", he added. 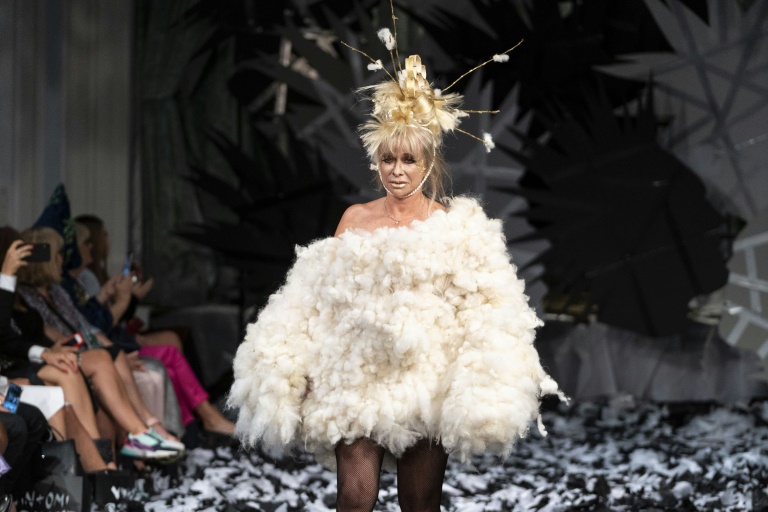 The quirky eco-friendly attire stems from an unexpected collaboration with the heir to the British throne, who is passionate about ecology.

The duo have continued to work with the head gardener at Highgrove examining what other elements of the organic gardens - including discarded items such as sacks or flower pots - could be creatively recycled.

They have already reclaimed wood from the grounds and turned into jewelry to adorn the models.

Other creations by the pair from beyond Highgrove included a shirt woven from recycled paint tubes and clothing made from recycled plastic collected from rivers and oceans.

The V&A, London's museum of art and design, plans to acquire some of the clothes to enrich its permanent collection dedicated to sustainable fashion.

Vin + Omi's eco-conscious designs appear to be in tune with rising public alarm at climate change. However, that was not always the case.

"When we graduated 20 years ago, everybody called us hippies," recalled Omi. "We predicted that sustainable fashion would be a big thing." 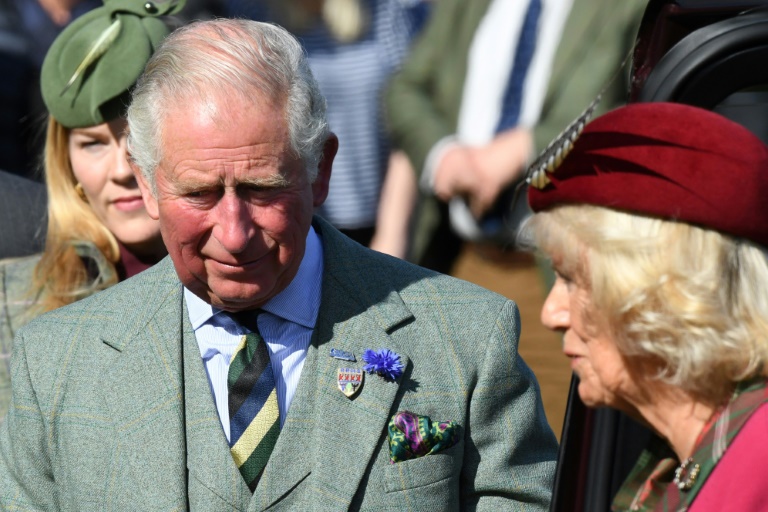 The fruits of the designers' shared interest with the Prince of Wales will be unveiled at London's Savoy Hotel with creations including an elegant beige coat, resembling wool but crafted from nettles.

The 43-year-old is encouraged by increasing activism around environmental concerns, praising the Extinction Rebellion pressure group - which has repeatedly targeted Fashion Week and the broader industry - as "brilliant".

The duo is working on around 40 projects worldwide, from Britain to China to the United States.

In New York, they are transforming plastic collected from the Hudson River into locally-sold t-shirts.

Elsewhere, they are exploring the potential of various natural materials, such as making leather from chestnuts or mushrooms.

But Omi is sceptical of the industry's overall efforts, which he sees as largely so-called "greenwashing" - taking superficial environmental action simply to make people feel better.