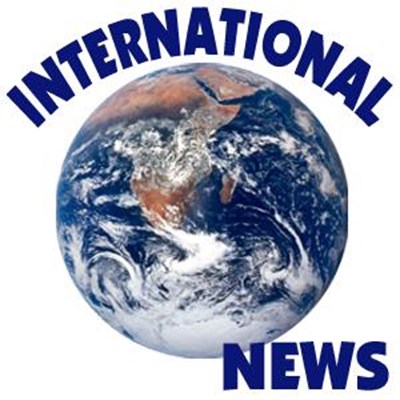 INTERNATIONAL NEWS - Beauty queens and backstage drama may seem inevitable, but at this year's Miss World competition, something more serious than hair-pulling and name-calling has come from host country Indonesia: Muslim hardliners have threatened to hijack the competition despite major concessions from the government and organizers.

The bikinis that have been a pageant hallmark were replaced with more conservative sarongs three months ago, after a small but vocal group complained that showing too much skin would be offensive to the world's more populous Muslim country. But that only temporarily quieted protests over the event, which holds its internationally televised finale on Saturday.

The Islamic Defenders Front, known for angry protests and violent raids on bars and prostitution dens, began holding demonstrations weeks ago with thousands displaying signs that read: "Miss World is Whore Contest" and "Miss World Go to Hell." More mainstream groups, including an influential Islamic body, joined in and called for the show to be banned.

Then just three weeks ago, the government announced that the final would be moved from the outskirts of the capital, Jakarta, and instead held on the Hindu-dominated resort island of Bali where earlier rounds were taking place.

The organizers were left bewildered and panicked, having just three weeks to rearrange an event that had been three years in the making. Hundreds of hotel rooms and 6,000 plane tickets had to be canceled and rebooked, and a new venue secured.

And even now, concern remains that Muslim extremists may try to disrupt the event. The British, Australian and U.S. embassies have issued warnings to citizens planning trips to Bali during the competition, saying there could be large-scale protests or even attacks.

Haidar Al-Hamid, who heads the East Java branch of the Islamic Defenders Front, said that despite tight security aimed in part at keeping protesters out of Bali, he plans to rally against the Miss World contest and has ordered all members to find a way to reach the nearby island.

Miss World is the latest controversy in Indonesia, a Southeast Asian country of 240 million where most Muslims follow a moderate form of the religion. After emerging from decades of dictatorship 15 years ago, it has been hailed by the international community as a place where Islam and democracy can work successfully side-by-side.

Young people flock to popular nightclubs, and it's common to see women in the capital wearing miniskirts and halter tops alongside those dressed in colorful headscarves and skinny jeans. Earlier this month, as it hosted the Islamic Solidarity Games, Indonesia resisted calls from other participating countries to ban female athletes from wearing two-piece sports bikinis.

Many Indonesians say they are proud that the next Miss World will win her crown and sash in their country.

"It's good for Indonesia to host such a pageant. We can tell the world what our country is like. They can see the hospitality of our people ... for me, this is a positive thing for Indonesia," said Tony, 38, who works at a private bank in Jakarta and uses only one name like many Indonesians. "Everyone is now free to voice their opinions more openly. Although we do not agree with (the protesters), we cannot ban them."

At the same time, a small extremist fringe has become louder and more violent in recent years, attacking Christians and other religious minorities, along with anyone else deemed immoral.

The Islamic Defenders Front, known as FPI, is a moral defender group that forbids such things as drinking, gambling, prostitution and pornography. And while the government has recently condemned the group's violent acts, Jakarta is hesitant to push too hard a year ahead of presidential elections.

The hardliners forced Lady Gaga to cancel a sold-out show last year after they branded her a "devil worshipper." Aerosmith also abruptly pulled the plug on a May concert, citing security concerns, days after a bomb plot against the Myanmar Embassy was revealed. Jennifer Lopez performed in the capital, but the sexy singer covered up and toned down her racy dance moves.

Hary Tanoesoedibjo, head of Miss World sponsor MNC media group, said the government's decision to move the pageant venue is a mistake that creates a negative impression for the 131 countries represented in the pageant.

"The decision was changed so quickly just because of pressure from a certain group," the billionaire said at a news conference. "We are worried this will create the perception that we are a weak nation."

He said the forced move could tarnish Indonesia's reputation and perhaps even affect foreign investment. The country is already struggling with rampant graft, poor infrastructure, high inflation and a weak local currency.

Bali will be in the spotlight not only for Miss World, but for the Asia-Pacific Economic Cooperation summit that will be held there a week later. World leaders, including President Barack Obama, and thousands of delegates are scheduled to attend. Any hiccups involving Miss World will likely raise doubts about Indonesia's ability to oversee the meeting's security.

"There's a very real potential for violence at either event," said Damien Kingsbury, an Indonesia expert at Deakin University in Australia. "Having the Indonesians focusing on two events is going to divide their resources in ways which I think probably aren't going to be entirely helpful."

Bali also was the site of the 2002 suicide bombings that killed 202 people, mostly foreign tourists. Since then, the government has aggressively pursued militant groups, which in recent years have committed much smaller-scale attacks mainly focused on security personnel.

This is not the first time the British-based Miss World, which started as a bikini contest in 1951, has faced opposition from Muslims. In 2002, contestants were forced to leave Nigeria after religious riots trigged by the contest exploded inside the country, leaving some 100 people dead and hundreds injured. The competition was instead held in London.

But Indonesia does not want to come across as totally anti-pageant. Last week, Jakarta hosted the third annual World Muslimah contest, an Islamic alternative to Western-influenced international beauty pageants.

The candidates marched through the streets of Jakarta ahead of the event in their sashes without harassment from the same groups who claim that parading women on stage goes against Islamic teachings. The finalists, chosen for being smart, pious and stylish, competed for $2,200 plus a trip to Mecca.

Miss Nigeria won. And in a moment universal to pageants, she cried and shook as the glittering tiara was placed atop her head.