Marvel announces mind-blowing movie plans for the next 3 years

ENTERTAINMENT NEWS - It was the famous San Diego Comic-con this weekend and no one made a bigger splash at the event than Marvel studios who ripped back the curtain to reveal their plans for ten new movies over the next three years, as well as a new X-men series, and a range of animated and comic book ventures.

To round after round of applause, Marvel Studios President Kevin Feige spent 90 minutes guiding fans over a series of impressive projects.

Among the exciting revelations that have left Marvel fans dizzy with delight was a subtle hint that all the content over the next few years will tie in together meaning, as Den of Geek’s  David Crow explains, “Marvel Studios is no longer just building a franchise, a brand, or even a shared universe anymore; they are constructing their own media empire that is shattering the line between film and television, and making Marvel Studios’ new Disney+ projects as big an event as their multiplex tentpole movies”.

The revelation means it may soon become essential for fans of Marvel or comic books to start subscribing to Disney+, which is an upcoming American over-the-top subscription video-on-demand service owned and operated by the Walt Disney, that works much like Netflix. 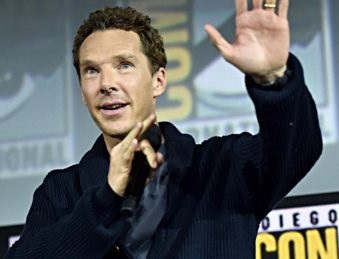 Among the exciting new movies that have been slated for release in 2020, 2021 and 2022 is  “Shang-Chi and the Legend of the Ten Rings” in which Shang Chi, Marvel’s master of kung fu, will be battling The Mandarin – the real one this time, not the unimpressive actor played by Ben Kingsly in Iron Man 3.

The internet was gripped with feverish excitement as it was also announced Natalie Portman would be returning to the Thor franchise for Thor: Love and Thunder, release date November 2021, but this time playing the titular hero.

The move is in line with the comic book stories, and delighted fans cheered as Portman strode on stage at the announcement wielding Thor’s hammer Mjölnir.

The studio teased footage from the upcoming Black Widow movie currently shooting in the UK and starring Scarlett Johansson, who was also in attendance at the Comic-con launch.

Other projects announced include “The Eternals”, “Dr Strange in the multiverse of madness”. Black Panther 2 and the third in the “Guardians of the Galaxy” series, with both of the latter currently having unknown release dates. 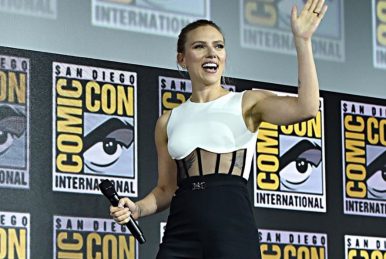 Marvel wasn’t done with the surprises though and Hall H at Comic-con erupted once again as Mahershala Ali was announced as the lead character in a relaunch of the “Blade” franchise.