ENTERTAINMENT NEWS - Jazz harmonica player Frederic Yonnet was gearing up for a tour of the United States. But when the coronavirus shattered his plans for live national performances, he pivoted to something more local.Every Sunday, in a half-remodeled house and surrounded by plastic to maintain social distancing, Yonnet and his four-piece band entertain residents and onlookers strolling through Washington's colorful Capitol Hill neighborhood, just a few blocks from the Capitol building itself."When the confinement was declared, I felt like I was in a hamster wheel," Yonnet, 47, told AFP. His need to keep playing led him to set up musical equipment in a house he is renovating.

The harmonicist was born in Normandy, France but has lived in the US for the past 20 years.

He has played with legends such as Prince and Stevie Wonder and even lent his harmonica to the soundtrack of Martin Scorsese's "The Irishman." 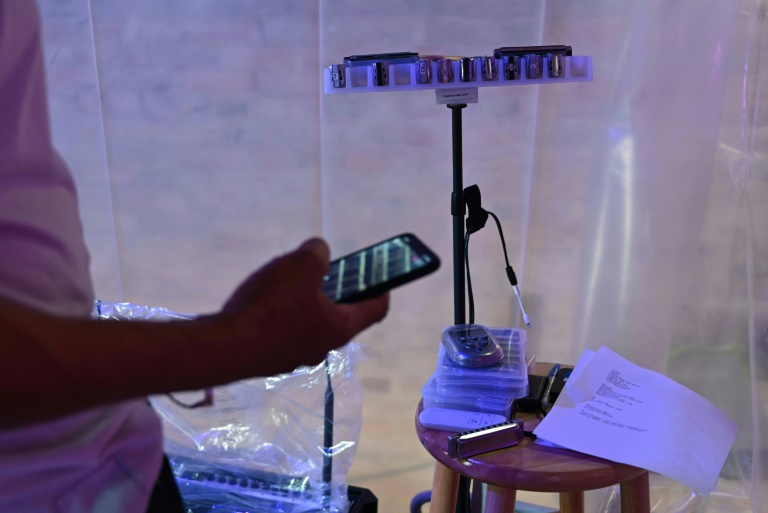 "At first, we wanted to play just for ourselves, which was very selfish," he said. But the band decided to open up the performances to the neighborhood. 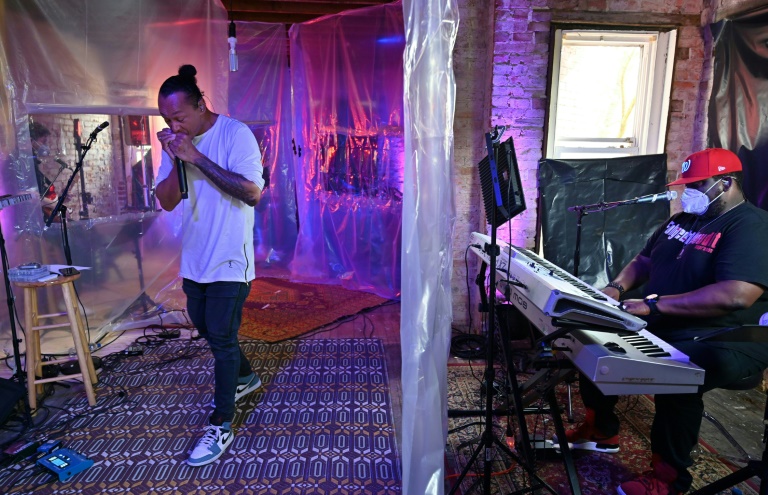 Yonnet dropped notes in his neighbors' mailboxes in case the noise bothered them. The response was so positive that he began performing online as well. 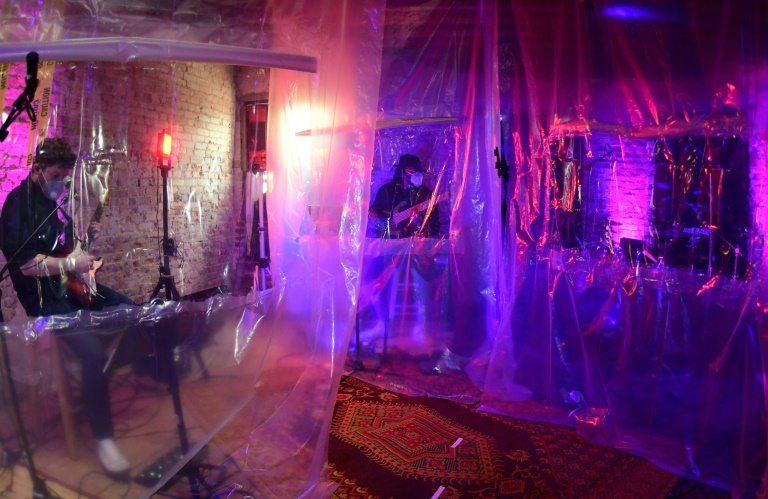 (From L) Robbie McDonald on the guitar, Dennis Turner on the bass and Christopher Bynum at the drums take part in a "social distancing" jazz performance with in Washington, DC.

Capitol Hill residents have begun sitting on their front porches to enjoy Yonnet's music. Other listeners drive over from elsewhere in Washington, sitting in their cars for the duration of the concert.

One such visitor is Robert Young, who said Yonnet's music is a way to relieve stress and feel good energy at a time when the coronavirus has claimed nearly 70,000 lives in the US - far more than any other country.

"At least we know that humanity is still here, we are still doing art and creativity to uplift people," Young said.

Wanda Evens, seated at the wheel of her car, agreed: "This reminds me that this, too, will pass," she said, sporting a black mask with the phrase "Social Distancing" written on it. 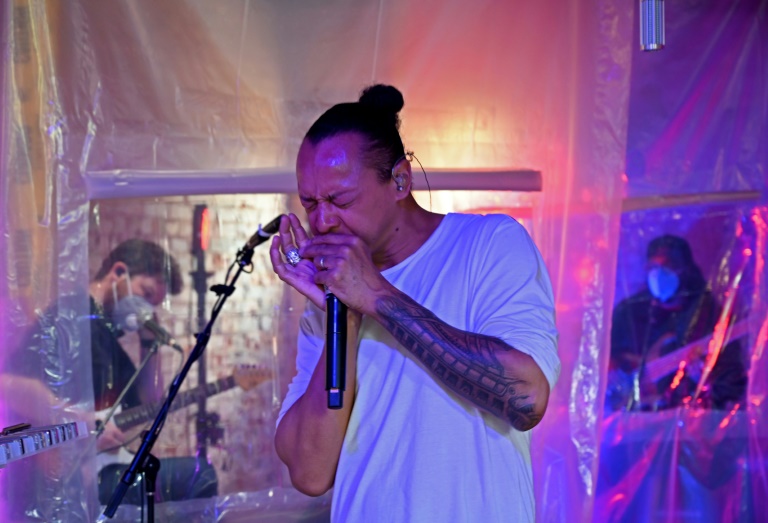 Jazz harmonica player Frederic Yonnet says that music can have a "healing" effect on the dark, gloomy atmosphere created by the coronavirus.

"We're all linked by this virus. It puts us all on the same plane," Yonnet said.

In the musician's opinion, the virus has created a dark, gloomy atmosphere binding everyone together. But music can have a "healing" effect.

"Music is a universal language that everyone can understand," he said. "It's the opposite of the virus."