'Emotional Creature': The secret life of girls around the world 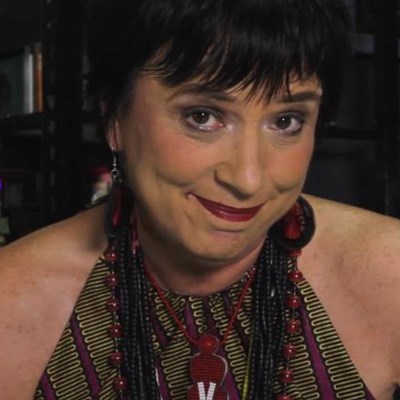 The original music has been composed by Naledi award winning and Fleur du Cap nominee Charl-Johan Lingenfelder, who will also be the musical director on the play, with choreography by David Gouldie with selected excerpts by Luam.

"I chose South Africa and this continent originally because Africa is the birthplace of humankind and the play births a new way for girls to bring their stories to the public and see themselves as the strong and "emotional creatures' they were born to be," says Ensler.


"There is the greatest potential for the future in Africa and what happens in Africa will determine what happens to rest of the world. African girls can and will lead that future."

The stories in Emotional Creature are inspired by girls around the globe and the theatrical piece is a celebration of the authentic voice inside every girl.

Among the girls Ensler creates are an American who struggles with peer pressure in a suburban high school; an anorexic blogging as she eats less and less; a Masai girl from Kenya unwilling to endure female genital mutilation; a Congolese forced into sex slavery; a Chinese factory worker making Barbies; an Iranian student who is tricked into a nose job; a pregnant girl trying to decide if she should keep her baby and a young South African teen defiantly calling for an end to rape.

Through rants, poetry, questions, and facts, we come to understand the universality of girls around the world: their resiliency, their wildness, their pain, their fears, their secrets, and their triumphs.

As V-Day Board member and actress Jane Fonda said when she saw it, it's "Powerful, moving, funny, empowering, uplifting, thought provoking. It's everything you want theatre to be."

V-Day's work for the last 15 years across Africa, and most recently their global campaign, One Billion Rising, has provided an opportunity to see the power of young African women emerge when they are inspired, their issues taken seriously, when they are seen and supported in giving to determine their futures.

The producers will host a conversation while Ensler is in South Africa in 2014. The conversation in Cape Town takes place on Saturday, August 2 at 4pm.

Booking for the conversations is essential. In Johannesburg, e-mail rsvp@dreammultimedia.co.za or call Thato 011 447 5612. In Cape Town, allison@divapr.co.za.

The show will run for a limited season at UJ ARTS CENTRE THEATRE, University of Johannesburg from July 18 -30 and in Cape Town, Flipside Baxter Theatre from August 6 to 16. Schools shows are at 11am. Tickets cost R75 per person.

For learners R25. Block and school bookings in Johannesburg ginashmukler@gmail.com and in Cape Town - Sharon at the Baxter on 021 6803962 or Sharon.ward@uct.ac.za.