Welcome to Dany Hellz Kitchen, the popular Instagram account of a French inmate, who conjures up mouthwatering tagines, tiramisus and pizzas with the few basic utensils he is allowed to keep behind bars.

"You can make everything with nothing," says French prison chef who has become an Instagram star.

Welcome to Dany Hellz Kitchen, the popular Instagram account of a French inmate, who conjures up mouthwatering tagines, tiramisus and pizzas with the few basic utensils he is allowed to keep behind bars.

"You can make everything with nothing," is the motto of this foodie convict, who films himself in action with his phone but does not show his face on camera in order to remain anonymous, phones being banned in French prison cells.

Dany (not his real name) has spent over seven years in jail for trafficking illegal substances (he would not say which).

"After a few years, prison food is so jaded, it always tastes the same, so I try to vary the dishes," he told AFP in a telephone interview.

The centrepiece of his "hell's kitchen" - a nod to British chef Gordon Ramsay's TV series of the same name - is a hot plate that doubles up as an oven when turned upside down and propped up by four cans.

"In the past I had two hot plates meaning I could cook something evenly, sandwich-style, but they took it away from me so now I have to turn the stove around half-way through to distribute the heat," he says.

His videos provide a rare glimpse into prison life, with the light filtering into his cell through the bars on the window and a small TV screen perched high on a wall.

They also underscore the importance attached to food among people struggling with boredom and loneliness.

For Dany, a university graduate of north African origin, cooking is a form of therapy.

"I get up, I set up my equipment and it allows me to concentrate on something I enjoy and that other prisoners also enjoy," he says. 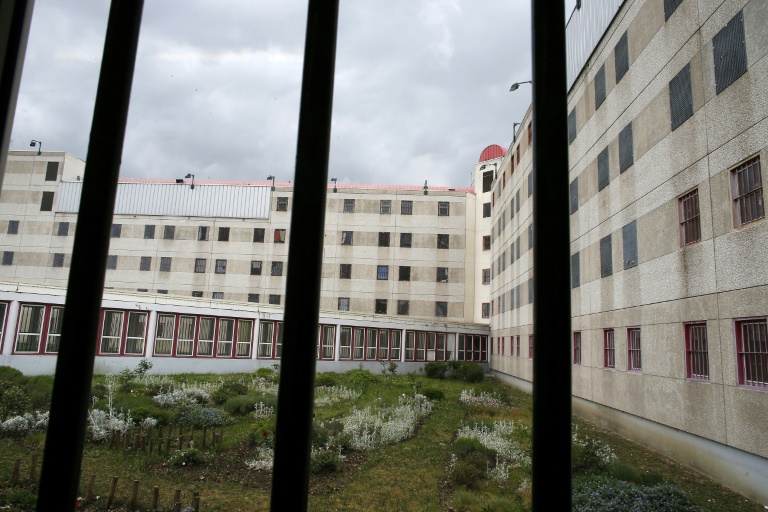 French prison chef Dany's videos from his cell provide a glimpse into life behind bars.

His approach is two-fold: either he takes his prison food tray and reworks the steamed fish or vegetables with olive oil and garlic to add flavour or he creates his own dish from scratch using food and equipment sourced through the prison catalogue.

He also receives food parcels from family and friends.

One of his most recent gifts was a bottle of soy sauce but in the past visitors have also managed to smuggle in fresh goods, including, he says, a leg of lamb on one occasion.

With no sharp objects allowed in cells, he chops and peels with a knife with a rounded tip.

Prisoners are also not allowed to have yeast lest they use it to make alcohol, a pet peeve of Dany's but which doesn't stop him making bread.

Like all chefs, he has a secret ingredient he cannot live without - tomato paste, "which makes an excellent base for lots of different sauces."

As his culinary fame grows, fellow prisoners have begun placing orders for favourite dishes, such as one man's request for loubia, a Moroccan bean stew, which he served with peppers roasted directly on his hot plate.

Dany shares his creations with other inmates during walks in the prison yard as well as with the wider world in videos recorded in a mix of slang-infused French and English.

One video on Instagram, where he has nearly 30,000 followers, shows him making and icing a birthday cake. 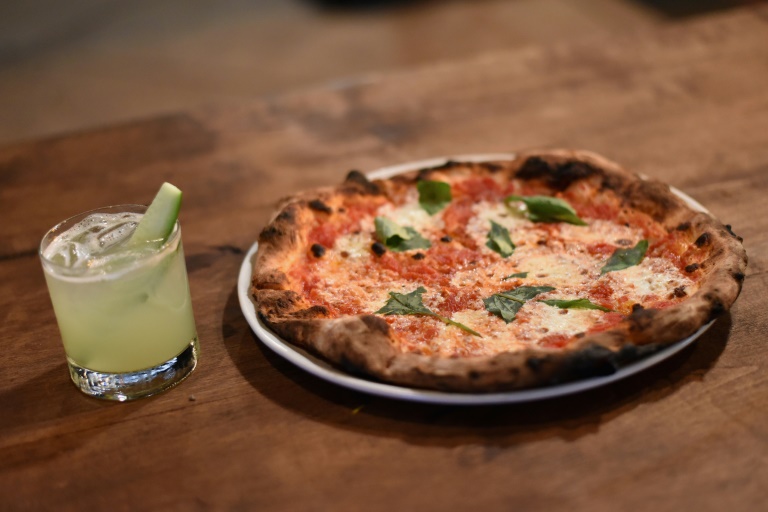 On his release expected later this year, French prison chef 'Dany' is salivating at the prospect of his first meal - a wood-fired pizza.

"Dude you eating better than me and your in prison," one incredulous follower commented on Instagram.

"Chef, I've tasted your cooking, it's incredible", another follower, with the alias 24-El-Padrino, praises.

Dany is hoping to use his newfound fame to launch his own cannabis cooking oil after his release, expected later this year.

And he has already planned the menu for his prison parting feast - there will be couscous - and is salivating at the prospect of his first meal as a newly-free man.