ENTERTAINMENT NEWS - Chanel went back to the timeless glamour of black and white Hollywood movies in its blockbuster show on the last day of Paris fashion week Tuesday.

In its biggest catwalk spectacle since designer Virginie Viard took over the fabled French house from Karl Lagerfeld after his death last year, an army of the world's top supermodels walked under a huge Hollywood-style sign spelling out Chanel's name.

They included the body positive pin-up, Jill Kortleve, the Dutch model who is a voluptuous size 16 (US size 12).

Covid-19 restrictions may have limited the number of fashionistas allowed into the immense Grand Palais in central Paris, but like the decor, Viard wrote her ambitions large. 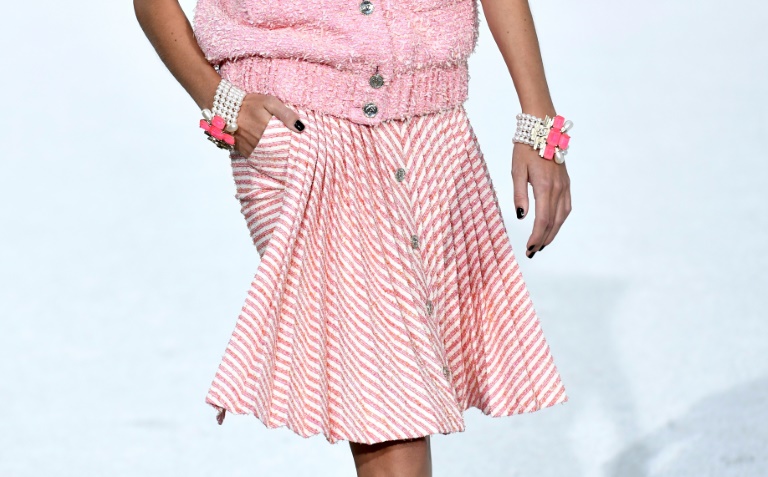 "Without redoing clothes exactly and falling into vintage, I wanted it to be very joyous and colourful and full of life," Viard said.

Her collection felt like no less than a grand sweep through the long history of the label founded by Gabrielle "Coco" Chanel, with a giant nod to Chanel's time in Tinseltown in the 1930s when she dressed stars like Greta Garbo, Katharine Hepburn, Marlene Dietrich and Gloria Swanson.

"I was thinking of actresses on the red carpet... some of whom we haven't seen in a long time... their faces a little somewhere else as the photographers call out to them," Viard said afterwards.

"And the fans behind the barriers, that very lively side of cinema outside cinemas, which I love," she added.

The show - dominated by black and white interspersed with splashes of bold colour - coincides with the first ever museum exhibition dedicated to Coco Chanel in the French capital, which opened last week to rave reviews.

Viard recreated and updated some of her most beloved looks, with a nod to her predecessor Lagerfeld's more street fashion sensibility with logos a gogo. 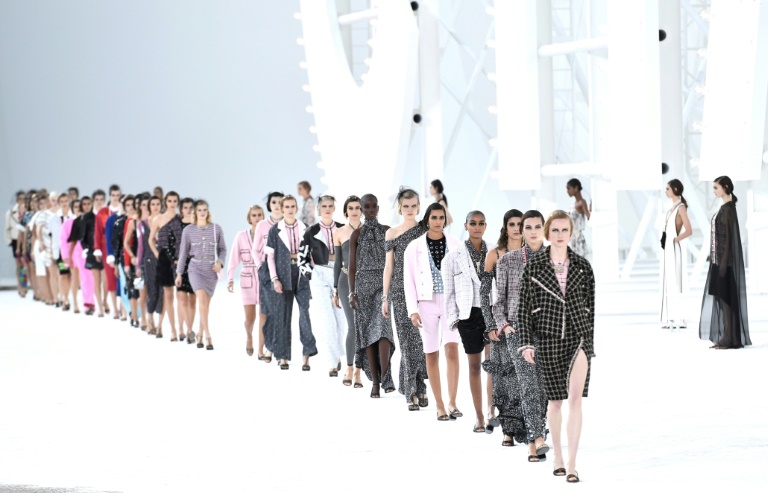 The show was dominated by black and white interspersed with splashes of bold colours.

"Gabrielle Chanel and Karl Lagerfeld dressed so many actresses in their films and in their lives," Viard added. "They made us dream."

"Without redoing clothes exactly and falling into vintage, I wanted it to be very joyous and colourful and full of life."

"Lights, cameras, action!" it declared on Instagram as it aped the opening of a silent black and white film, placing a huge Chanel sign on the Hollywood Hills.

Viard kept up the theme of the brand's long association with the silver screen with video clips of models reclining in luxury hotels like movie idols about to attend premieres. 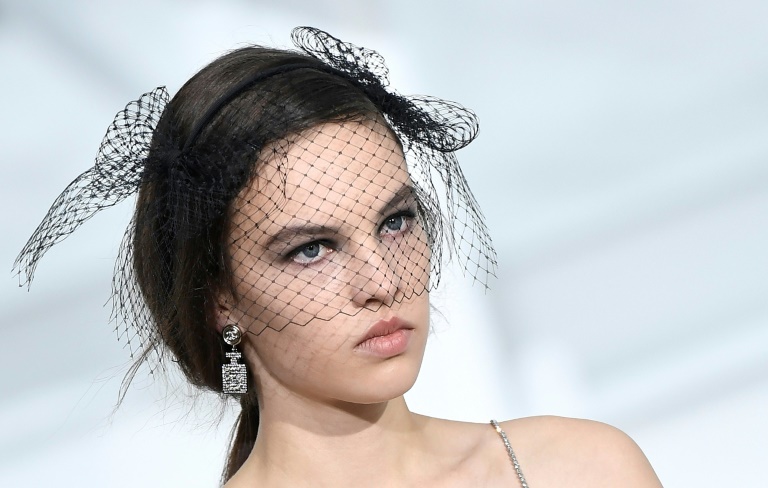 The collection felt like a grand sweep through the label's long history, with a giant nod to Coco Chanel's time in Tinseltown.

The brand's association with Hollywood began in 1930 when studio mogul Sam Goldwyn begged Coco Chanel to come to Los Angeles to give his stable of stars some "class".

Chanel resisted at first even as Goldwyn offered her $1 million to come twice a year, before finally succumbing to his blandishments. 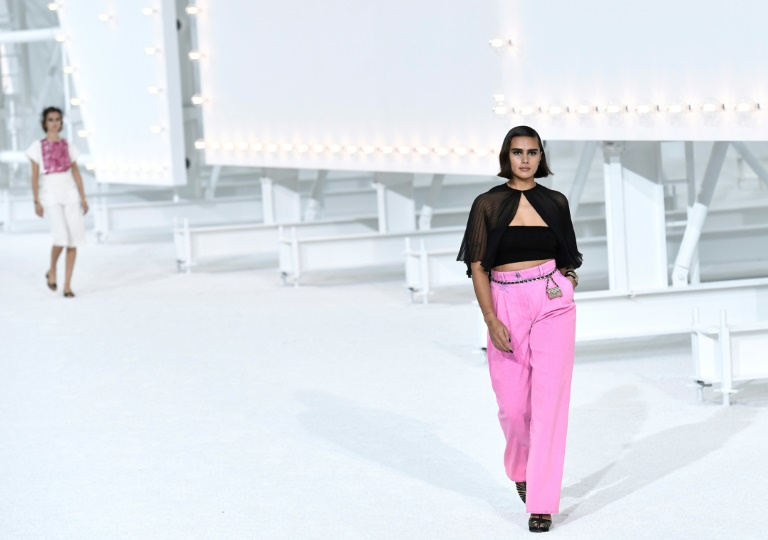 Dutch body positive pin-up Jill Kortleve was among the supermodels in the show.

At a party to greet her, the great German director Erich von Stroheim clicked his heels before kissing her hand, declaring, "You are a seamstress, I believe?"

Chanel forgave his snobbery, saying, "Such a ham, but what style!"

Paris fashion week finishes later Tuesday with the Louis Vuitton show at the long closed La Samaritaine department store, which is due to reopen next year.